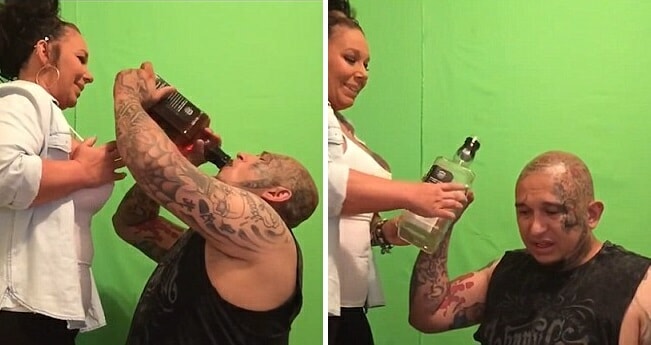 If you’ve ever downed a shot of hard liquor, you’ll know that it is definitely not a pleasant feeling.

In an effort to internet fame, YouTuber Ernest Acosta demonstrates himself clearing a 2 litres-bottle of Jack Daniels which contains 40% alcohol in just 55 seconds. A typical person, particularly Malaysian, can only drink about 2-6 shots in order to reach the ‘high’ state. So if one shot is equivalent to one ounce, that pretty much translates to 68 shots in one go.

The American man is well known for his crazy challenges but this is perhaps his most ridiculous yet. While this video might cause some viewers to cringe, it’s certainly nothing compared to the discomfort suffered by Acosta in the aftermath.

The video starts with a few lines of trash talking by Acosta; well you know the usual inevitable SOP. After getting his message across to the audience, it was finally time to get down to business.

Acosta is seen breaking the seal and opening to bottle officially to prove that it’s a genuine bottle of JD whiskey. He then kneels down before his partner, rests the end of the bottle on her bosom, and begins to chug down the whiskey. That’s some huge support right there. 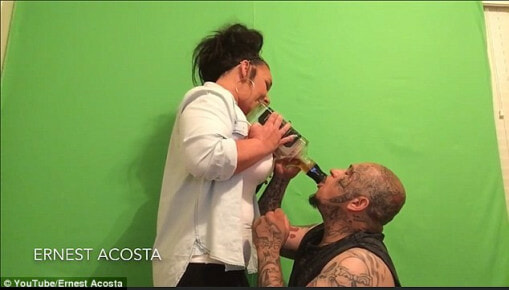 Whilst Acosta shallows the brown liquid, his partner can be heard uttering words of encouragement to keep him going till the bottle is empty.

She can be heard repeatedly saying, “come on baby, almost there”. At this point, I don’t know to feel glad for him to have such a supportive partner, or to be concerned for his health.

When Acosta completed the stunt, he collapses to the ground, holding his abdomen as he complains about the burning pain. As if it wasn’t enough, he continues to polish off another bottle of Fireball (33% alcohol) before stumbling to the toilet and begins to projectile vomit. 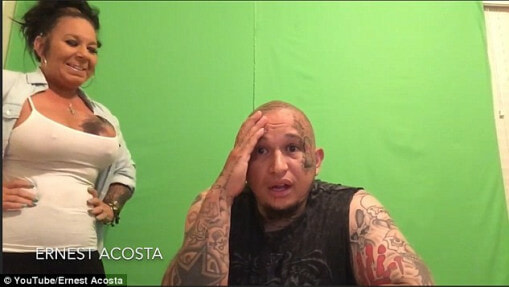 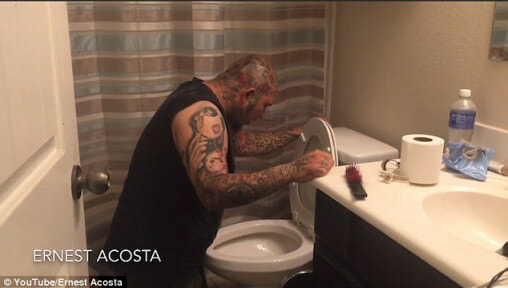 And when Acosta was done vomiting, he collapses again.

Yup, looks like he’s done for the day…and probably the next.

While we’re unsure how is he doing right now, we pretty much know that Acosta still has a long way to go for his desired fame.