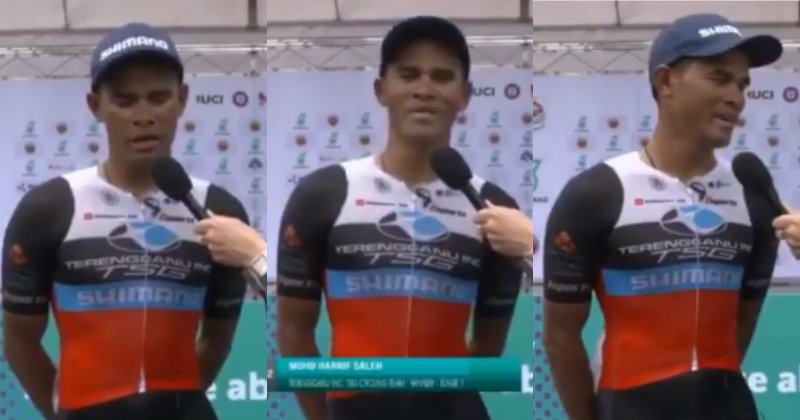 Harrif Saleh is currently riding a wave of admiration, not only for his success in the PETRONAS Le Tour de Langkawi (LTdL), when he became the first Malaysian to win two stages in a single edition of LTdL, but also for his locally accented English, which his complimented every time he gets interviewed by the media.

Not even attempting to mask his thick Terengganu accent, most of his interviews, which were conducted in full-blown English, featured hints of East Malaysian twang interlaced with the vocabulary.

To give a taste of how ‘sexy’ Terengganu-English sounds like, here is a video of his interview just as he nailed his second win at the Seventh Stage of LTdL from Bagan to Alor Setar.

Of course, while being able to get his message across, he explains how he was able to get the win with the help of his teammates.

Come on, even the great Valentino Rossi had a thick Italian accent when he speaks, and you don’t hear Italians giving him a hard time about it right?

Malaysians responding to the video commended him on his efforts. 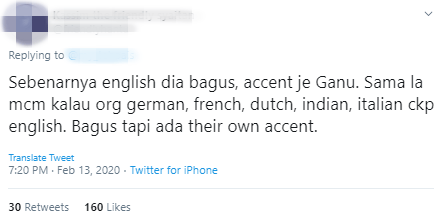 One netizen writes, “His English is good. It just has a Terengganu accent. It is similar to how Germans, French, Dutch, Indians and Italians speak English. It just comes with an accent.”

Another slammed naysayers who think that you should only converse in English when you sound like the natives. 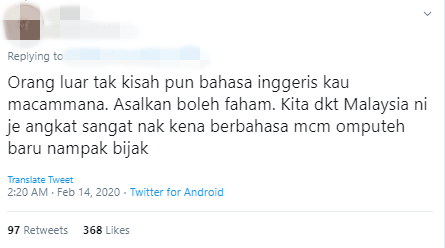 “People out there do not even care about how good your English is. As long as it is understandable. The problem with us Malaysians is that we always have the impression that if we speak like the natives only then will we look intelligent.”

For whatever the reason, we are sure Harrif will not change his ways and will continue to accentuate his Terengganu-ness in his interviews.

With the LTdL still underway, we sincerely hope that Harrif will continue to win so that we can continue to enjoy his lovely interviews.