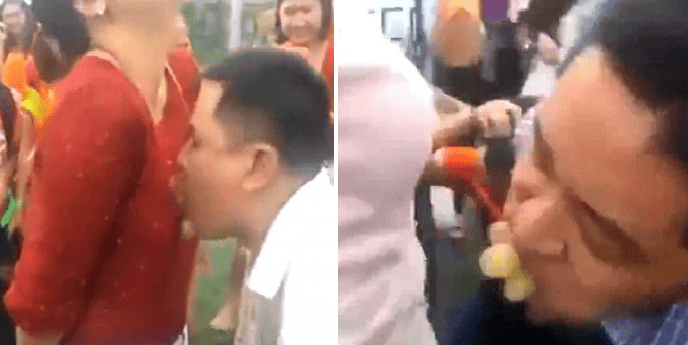 Sure, we’ve all done our fair share of team building exercises. Heck, some of us probably walked away with better relationships between co-workers, but one company in China seemed a little more bent on, ahem, another kind of relationship. 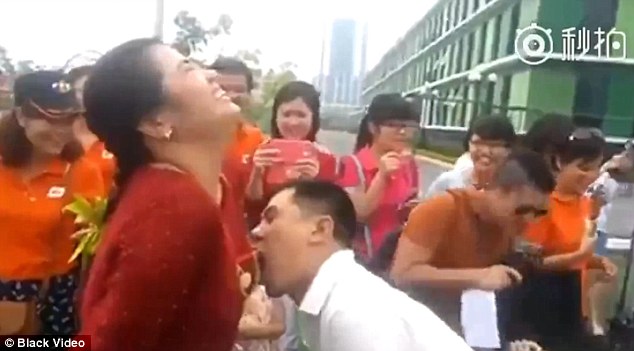 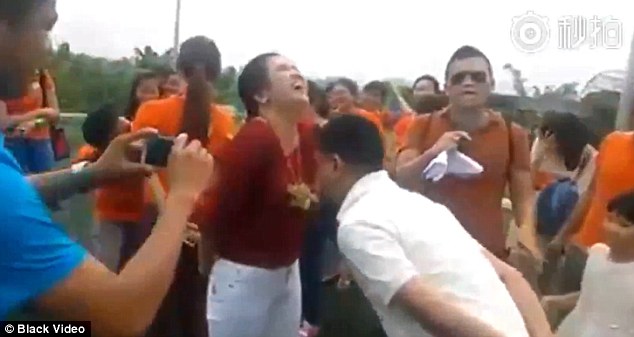 Male staff at an unidentified company in China were instructed to eat grapes that dangled off the chests of their female co-workers as quickly as they could while their hands were tied behind their backs.

A clip of the eyebrow-raising game was uploaded to Chinese social media site Weibo, and claimed the activity was to ‘improve the friendship between colleagues” 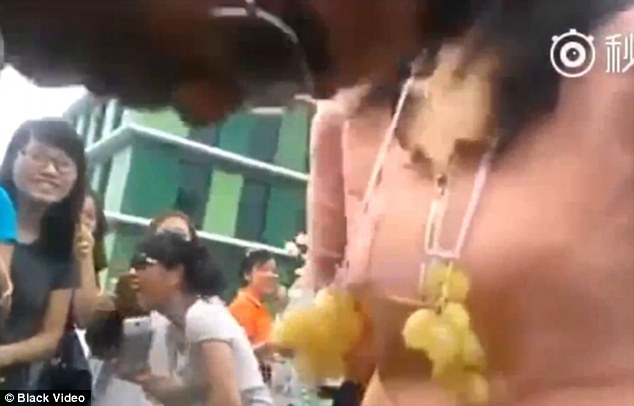 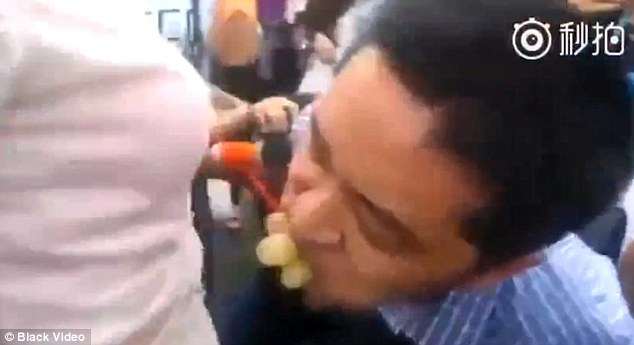 You sure it’s just friendship that you’re going after here?

In the footage, posted by user ‘Black Video’,  a few women are seen sporting a bunch of grapes dangling just above their breast area.

They stand still while a male co-worker awkwardly bumbles around trying to eat all the grapes. 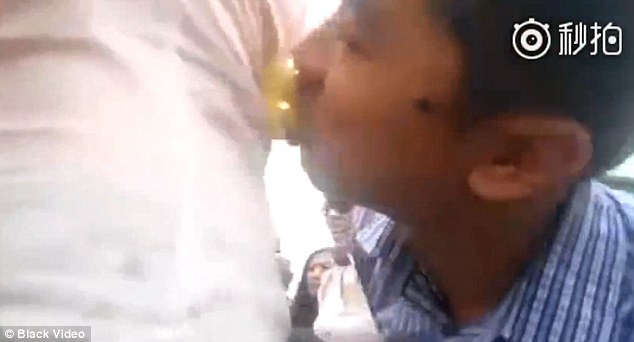 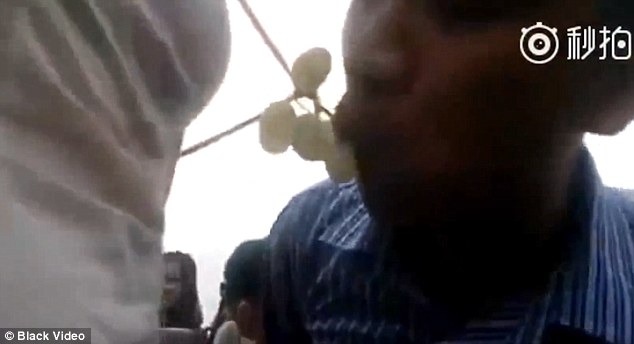 The game proceeds amidst the cheers and laughter of other employees.

A man seen in a striped shirt was the first one to finish all the grapes, and was presumably crowned champion. His partner, a female co-worker, was seen jumping with glee at their championship.

Netizens were equally split between shock and joy. Some questioned the decency of the game while others thought it was a funny idea to pull off.

“I wouldn’t mind joining this team-building! I love grapes.” joked one netizen.

Another user wrote, “This is just plain awkward. If my company tried something like that I would’ve been out of there!”

All I wanna say is..

This isn’t just a far off case folks! Controversial games all in the name of ‘building better relations’ with others have been done just across the causeway in Singapore! In fact, a university in Malaysia apparently took it too far when students were asked to do indecent acts during orientation. 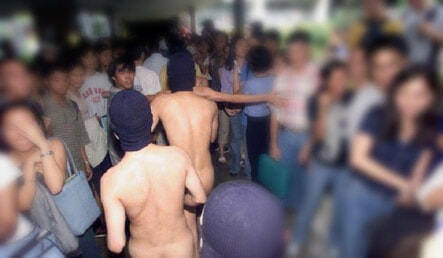