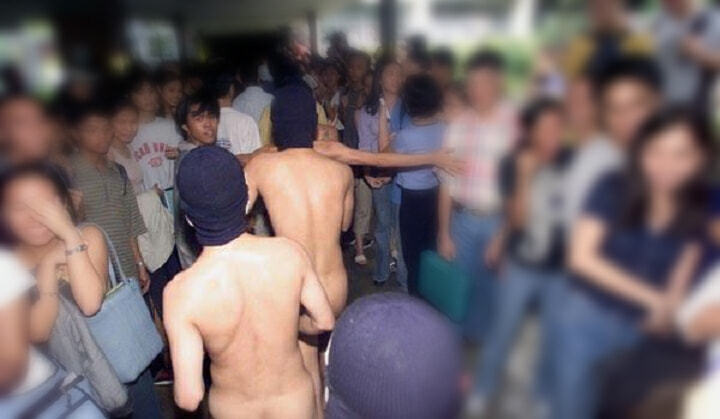 Disclaimer: Featured image does not represent ragging case mentioned in this article

Bullying is a practice of belittling someone to exert fear and demonstrate dominance or supremacy. Unfortunately, bullying can occur at any stage of life, especially during university orientations.

MYNEWSHUB reported cases of bullying which have emerged ever since their last report based on a Twitter post, illustrating how a senior at a university bullies the junior.

The Twitter post explains how university seniors by the handle #BatchFerrari has instructed their juniors to obtain 200 autographs from the seniors in 3 days. They will need to wear A4 size name tags everywhere they go and will need to perform any task requested to obtain the seniors’ signatures. 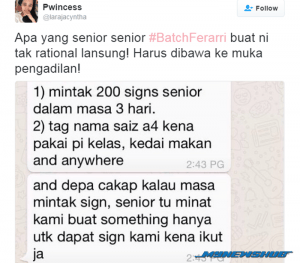 Ever since then, the post and report have gone viral, many others have come out to share their own stories of being bullied during their stay and study at that particular local university..

She writes, “I am curious as to how these stupid things only occur at public universities and not private universities. The orientation in U*** during the 80’s were the worst. There was a ceremony call the Royal Bath, where a senior will force your face into the toilet bowl and flush it. The junior ladies are instructed to masturbate in front of their seniors. They were also asked to swim on the floor flooded with waste water with the wash cloth floating in it. In private universities, orientations are all about games, but at public universities, it’s all about the seniors making fools of their juniors. It’s mentally sickening.” 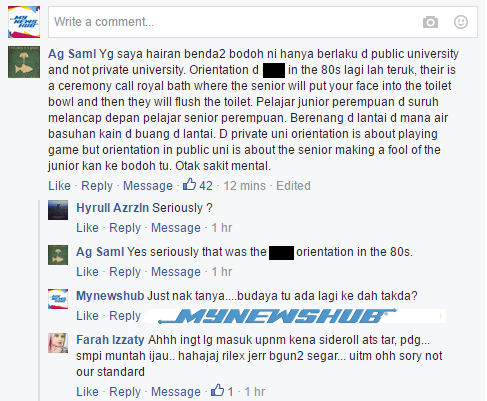 While the horrifying acts Ag Sami mentioned was not confirmed to be true or not, Sami was not the only one to have lived through such experiences of bullying during her uni days. Another Facebook user, Dayana Azman also shares that bullying was so rampant in the university that even lecturers have adapted to it, writing it off as a norm.

She wrote, “Omg so true!! (The bullying was so bad) Until there’s a lecturer whom was previously a student at the university during the 80’s acknowledged the stupid acts of bullying and said it was normal between the seniors and juniors … hate it .. don’t understand why .. only U*** at Shah Alam is ok .. All these were during the time at U*** Segamat”.

Other ex students have condemned the ‘tradition’ itself, mentioning how outrageous ragging is and asking what’s the point of embarrassing someone? The supposed activity which intends to bring seniors and juniors closer instead most often have the opposite effect.

One user even shared an image about her thoughts of the ragging culture. 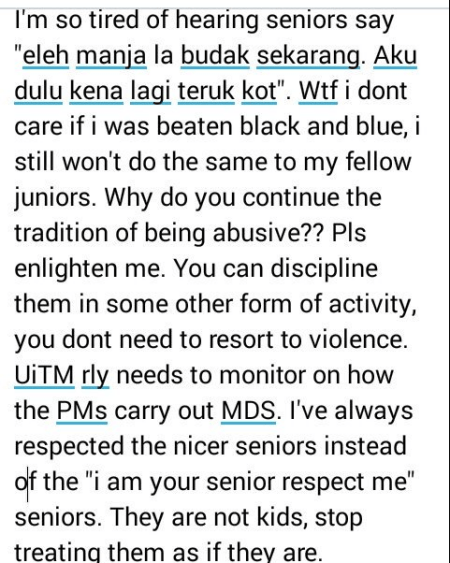 What do you think of ragging? Is it ok or should there be an end to this culture?