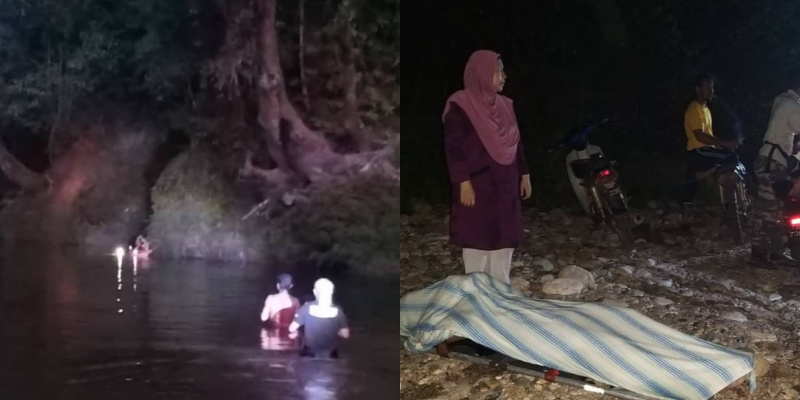 Realising that two of his friends were drowning while on their day out at Sungai Kelemin, Felda Mengkawang, Faris Iskandar took the plunge and drowned.

In an attempt to save Mohd Thaqiff Harry Mohd Fadhil, 12 and Mohd Fakhri Mohd Nor, 25, Hulu Terengganu District Police Chief DSP Mohd Adli Mat Daud said that Faris faces difficulty swimming in the middle of the river, before going down and eventually drowned.

Having alerted the authorities of the incident at 5.39 pm, the body of the deceased was found by the Fire and Rescue Department at 7.33 pm. Taking to Twitter, @_Han_IF, Faris’s schoolmate, shared the sad news to all of Faris’s known acquaintances.

“Please spare a moment for prayer to my dear school mate Faris. He drowned after attempting to save two others.” The two victims he attempted to save, survived the ordeal.

Our heartfelt condolences goes out to those affected by this tragedy.