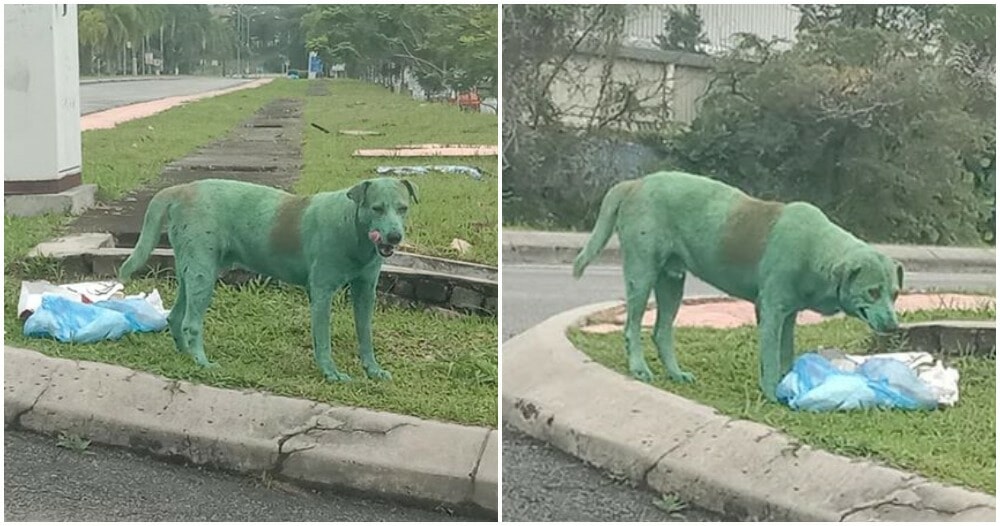 Stray dogs are everywhere and some times, we see them in less than favourable conditions, as they might be starving or infested with fleas. Sometimes, they have to deal with people throwing stones at them or doing despicable things to them.

According to a Facebook post, a stray dog in Subang Bestari has been painted green by anonymous people.

Such an a cute innocent fellow but why the green??! I dont think he has an owner though. Whoever did this must be a mental ARSE!! Idiotic mentality some humans have!!Spotted near Subang Bestari area

The post has about 200 comments and almost 1k shares. It has also been shared with multiple Malaysian animal societies.

The “green” dog was seen scavenging around the Subang Bestari area and pictures show him looking through a plastic bag that was littered there, probably looking for food. The person who discovered the dog says that it doesn’t seem to have an owner.

Netizens who saw the post were all outraged, and they expressed their worries about the green paint affecting him. Other than that, all of them are outraged that someone could do something like this and a few selfless individuals are now looking for the poor doggo. 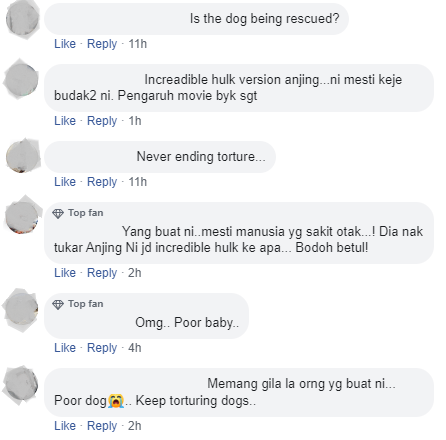 Paints and dyes are very dangerous for pets, and they might cause irritation. Paint fumes, however, can irritate their eyes and respiratory system, as well as cause nausea, dizziness or an allergic skin reaction.

If anyone has any information on this green dog or whoever who did this to him, please contact Malaysia Independent Animal Rescue!

How can someone be so cruel! We hope that the dog will be found soon and the vile, green paint will be removed from his fur to stop any discomfort! 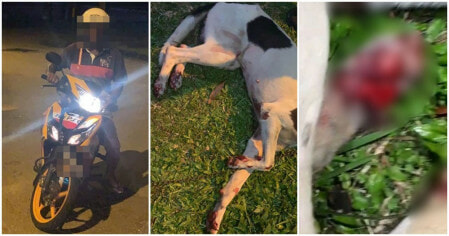