A high-profile shaman from Sri Lanka who claimed he was able to stop the spread of the virus in his country with ‘magic’ water has reportedly died because of Covid-19, BBC reported.

Last November, the 48-year-old admitted that he was able to end the pandemic in Sri Lanka as well as its neighbouring country of India by simply pouring a pot of water that had been ‘enchanted’ in a river.

According to his family, the shaman, who once treated sports stars and prominent politicians including the country’s prime minister, refused to be vaccinated.

Former Sri Lankan health minister Pavithra Wanniarachchi once supported the treatment but was also infected with Covid-19 two months later until he was admitted to the intensive care unit (ICU). He also lost his portfolio and was transferred to another ministry.

The shaman was reportedly infected and fell ill due to the virus earlier this month. When taken to hospital, his condition worsened until he finally died on Wednesday (22 Sept).

He had previously garnered international attention in 2010 when legendary Indian cricketer Sachin Tendulkar publicly thanked him for treating his knee injury.

He has also treated other Indian cricket stars, including Gautam Gambhir and Ashish Nehra.

However, modern medical doctors described him as a liar and Ayurvedic practitioners also rejected his claim even though the shaman stated that he used methods from the 3,000-year-old Indian medical tradition. 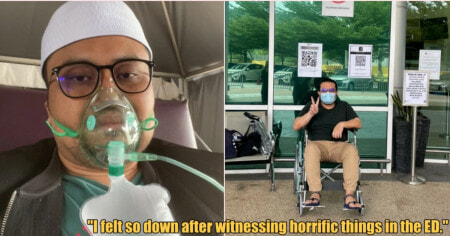