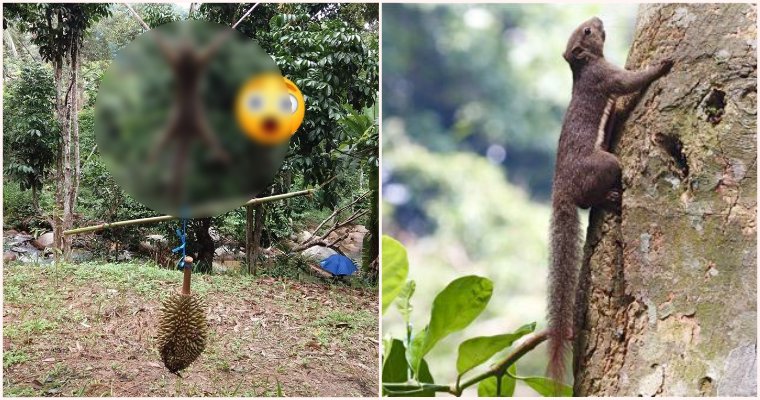 Having an orchard is not an easy feat considering there is so much to look out for, such as the health of the trees bearing fruit.

But another important and common issue of running an orchard is having to deal with the little critters that call it home, such as squirrels, rats, birds and other small animals. And when these small animals start to eat the fruits you’re supposed to sell, what do you do? Deal with them humanely, of course.

One durian orchard in Pahang became the target of internet outrage after they had tied up a squirrel and hung a durian to it to scare away other squirrels from their orchard, as showcased by Malaysia Animal Association‘s Facebook page. 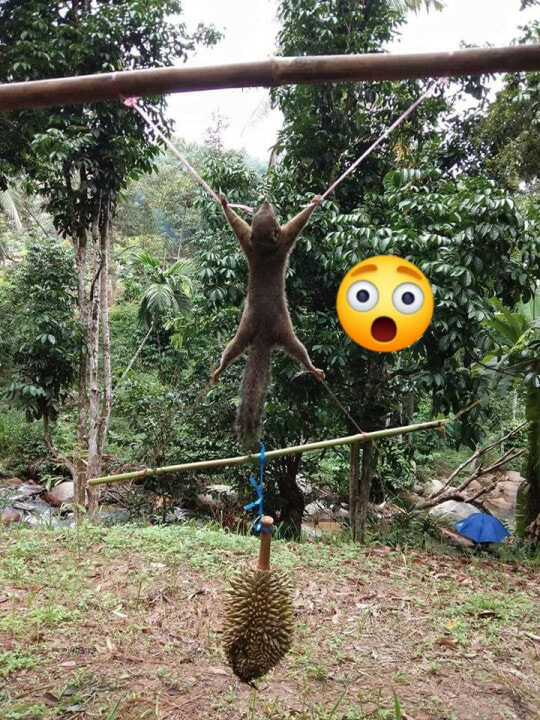 They wrote, “This is not how you teach squirrels. It’s normal for wild animals to enter a space to look for food. Such disturbances at an orchard should be handled with humanity.

If this action of hanging a squirrel is used as an excuse to scare away other squirrels so that they won’t steal the durians at the orchard, such an extreme measure is categorised under cruelty as it’s hurting the squirrel.

The owner of the orchard who is overboard in this situation should be dragged to court and prosecuted under the Wildlife Conservation Act 2010. Then it will be known whether the extreme acts and harm against the squirrel is fair or unfair. This is Malaysia.” 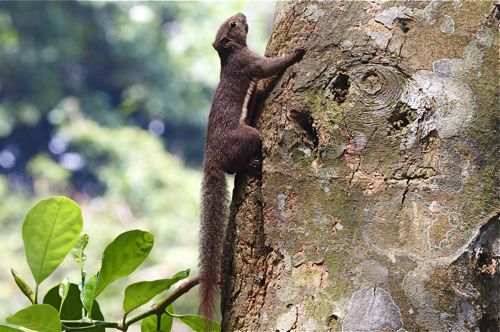 Thankfully, as according to Harian Metro, the Department of Wildlife and National Parks (PERHILITAN) are currently looking into the issue as the president of the Malaysia Animal Association is offering an RM2,000 reward to anyone with information that can help track down and prosecute the person who tortured the poor squirrel.

Let’s hope someone speaks up soon so that such cruel acts against small wild animals can be stopped once and for all.