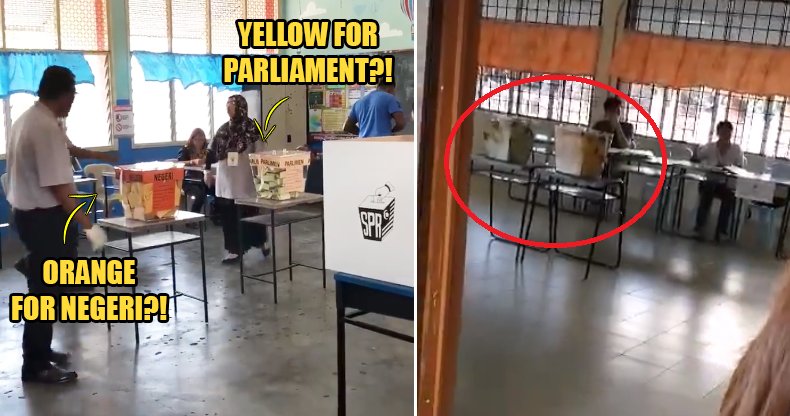 By now, seeing all the blunders happening so far, you can only pray to the heavens above and wonder how an election can be so disastrous.

Malaysians were first riled up as many of them did not have a stamp on their ballot, which could cause their votes to be void. But it doesn’t end there. Many other Malaysians came out exposing more screw ups – and shockingly this did not happen in just one polling station, but several others all over the country!

In a few very shocking videos uploaded online, the footage showed the Parliament and State ballot boxes being labelled WRONGLY!

However, the boxes had been labelled terbalik! Hence, causing people to vote according to the colours blindly. 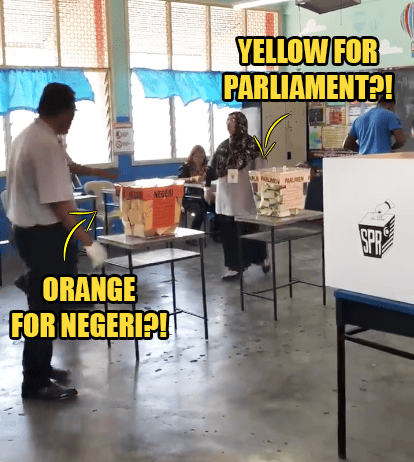 In the video, the man explains,

“This is a school in Klang. The ballot boxes are mixed up. Now, they are discussing a solution to move the votes back into the right box.”

He later adds that the SPR personnel informed him that votes will be calculated accordingly. Voting is still commencing to ensure it’s properly done and that votes won’t be considered ‘undi rosak’.

This mix up has gotten Malaysians very furious, with many sharing their experience of the same issue too! Netizens couldn’t help but highlight the incompetence of SPR that was blatantly displayed. Currently, there have been similar reported cases in Balakong’s polling station, up to Kedah and Penang’s as well.

One netizen who went to SMK Perimbun Cheras to vote shares with us,

“When I was voting, my mom reminded me to check the ballot colours. While casting my vote I noticed that the boxes were labelled wrongly because Parliament was holding yellow ballots! I tried clarifying with the SPR officer, which he admits the mix-up, yet refuses to do anything about it. He shook it off saying that they will change the boxes accordingly at the end of the day.

“I insisted that this simply will not do. How can?! Right? Finally, the officer called his boss and had the labels replaced.”

Watch this video that shows the boxes are being labelled wrongly:

Thankfully, Bersih later released a statement clarifying that the wrong labelling of boxes will NOT impact votes.

“We have received several complaints about ballot boxes for Parliaments and State Legislative Assembly (DUN) which have been mixed up at several voting centres.”

“This will not impact your vote because before all ballots are tallied, all ballot papers will be sorted by colour,” they said in their Facebook page.

Despite the votes not being affected, this little hiccup has caused quite a confusion among voters as some senior voters cast both votes into the same box, and the time stalled when someone notices the mix up.

Regardless, an occasion of such scale should have been streamlined better. Such blunder only reflects upon their own performance and competency. Let’s hope everything will be better.

Also read: M’sians Claim Ballots Issued Have No Stamp, So TRIPLE Check Before Casting Your Votes 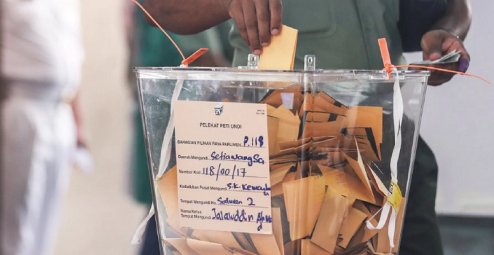