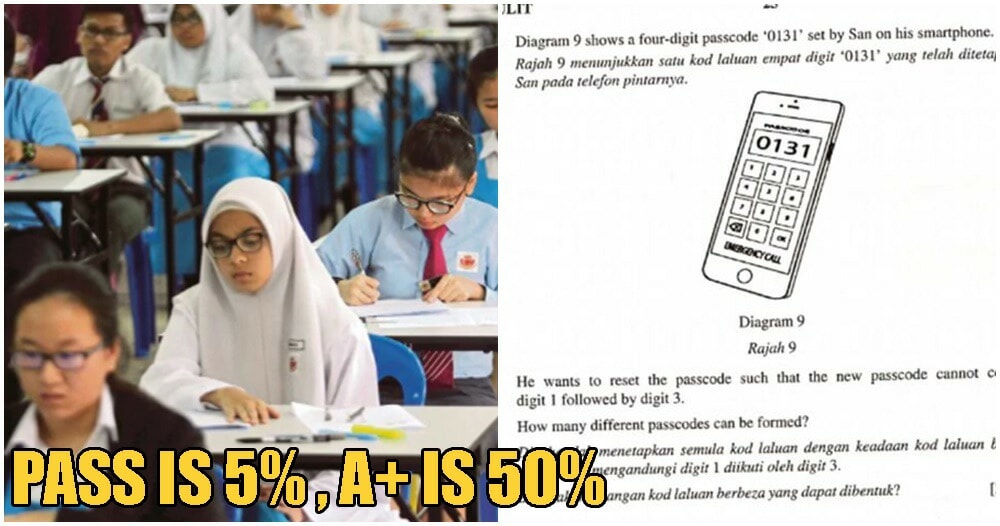 Recently, the Internet broke when they discovered that EVEN teachers were finding the SPM Additional Mathematics paper too hard to answer. Many students exited the exam hall in tears. If you haven’t read about that story yet, check it out here! 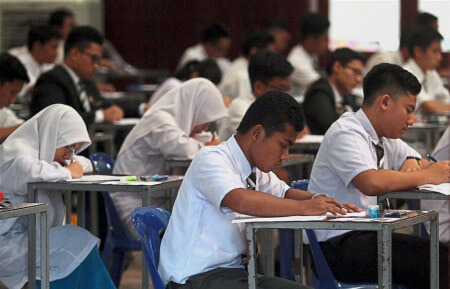 Yesterday (21st November), a petition calling for the Education Ministry to lower the SPM Add Math passing mark went viral, gathering a total of over 11,800 signatures in just 19 hours of being released, according to the Star. 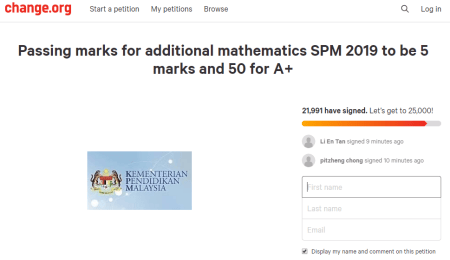 The petition, which was started by student, Joseph Tan, called for the passing mark to be 5% while an A+ should be 50%. As of today, the petition has garnered nearly 22,000 signatures, and by the looks of it, it doesn’t look like traction is about to stop anytime soon!

In his petition, Joseph said:

“This year, the additional mathematics paper was too hard and the government added questions that were so difficult, it took teachers 1 hour to complete 2 questions. We kindly request for the government to reduce the passing marks for the paper.” 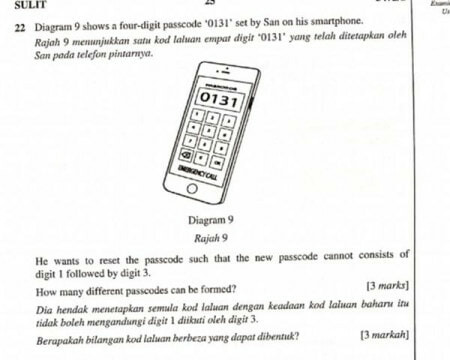 When students and parents voiced their concerns about how tough the add math paper was, Examinations Syndicate director of examinations, Adzman Talib merely said that every exam question was based on the curriculum taught to all candidates. 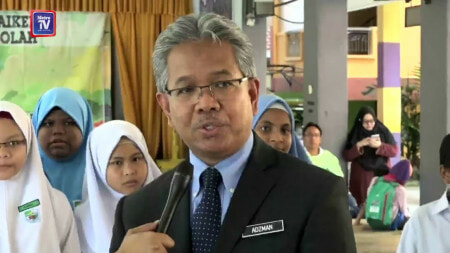 However, this isn’t the only petition started to lower the grade of an SPM paper. Another student also reportedly started a separate petition to set the A+ grade for History at 50% as well because the format of the paper had been changed without informing the students.

What do you guys think? Would you sign these petitions?

Also read: The 2019 Add Maths SPM Paper Was So Hard, Even Teachers Had Trouble Answering! 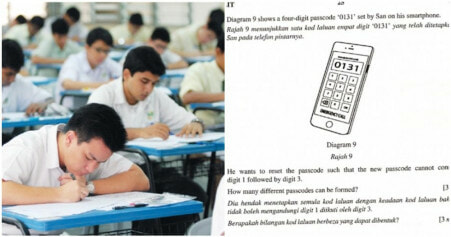