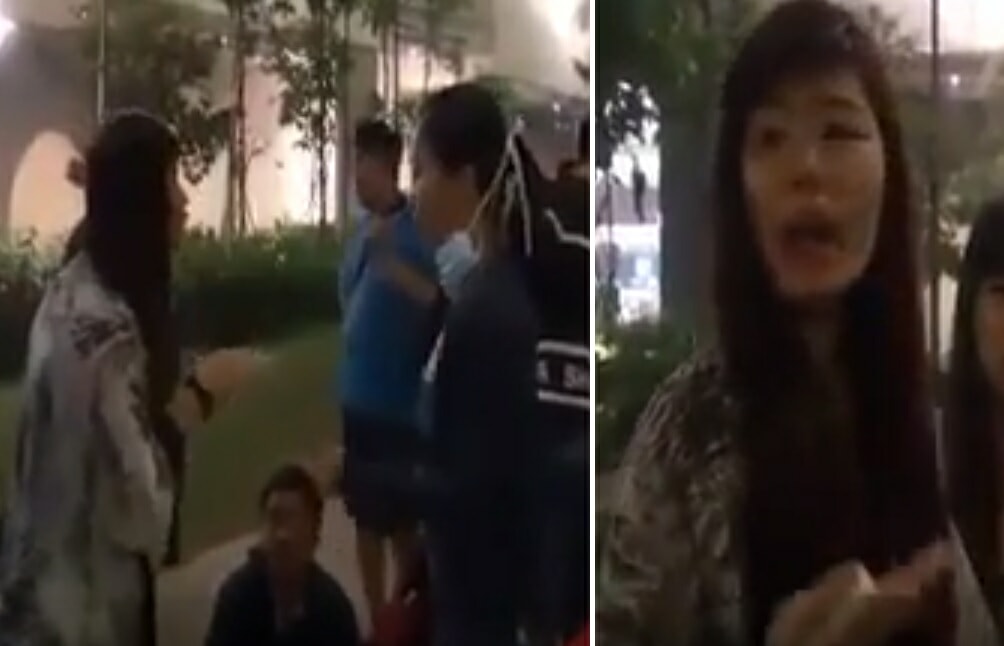 A video of an argument that stirred over line cutting went viral in Singapore waters.

The video involves a group of young Singaporeans and Foreign Talents which were queuing up for the launch of the new iPhone 6s in Jurong East Mall (JEM).

Although no one is sure what happened and who exactly is at fault here but the fight appeared to have started after the masked woman cut infront of the locals.

Facebook user Joseph who said to be victim’s friend claims that the foreigners came to sit on their spot after a few of them left to smoke a cigarette.

In his words: “got two person just come in and sit on my friend place and say bcuz there is no ppl at there.. but at least got one of my friend is there sitting taking care of the place.. but she dun care and sit on it.. so my friend and other ppl very angry and say there got ppl sitting but they go smoke.. so they say why they must leave the place.. wat if u nid to go toilet or wat den u cant leave isit.”

She even showed photographs she took with her phone and frustratingly shows that the number of people in line were increasing because people just let their friends cut in their queue.

However, the youngsters justified that they already took up the spot together although not everyone sat there altogether at once.

Facebook users who watched the video provided mixed opinions on the matter, with some siding the youngsters while some side the woman.

Others, well, just said that it’s a fricking phone.