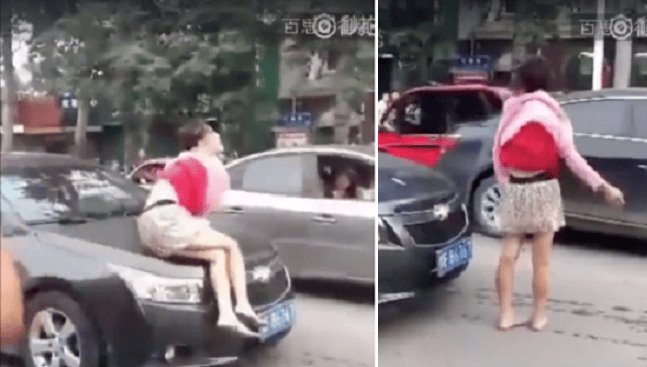 The ‘car accident victim’ scam in China is a pretty popular scam, but recently a video has been circulating on one, ahem, ‘top-notch performance’ of the scam being played out.

The scam typically involves someone throwing themselves onto the bonnet of a vehicle, then pretending to be hurt and claiming they could’ve been knocked down. 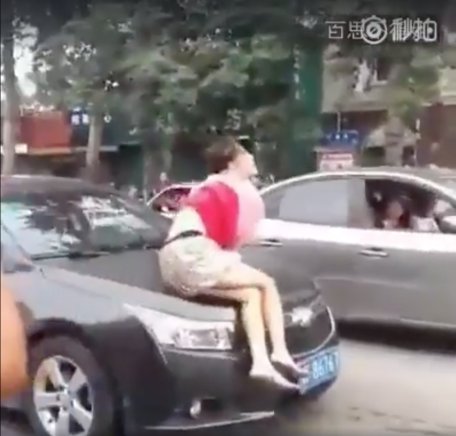 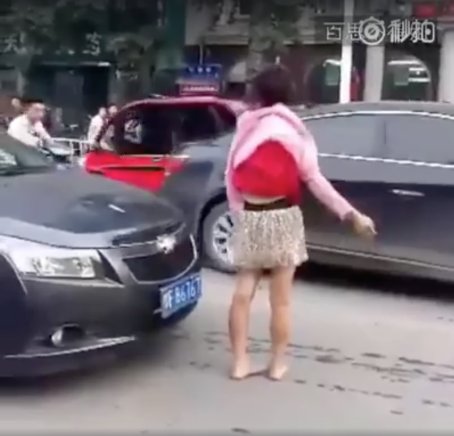 But one woman in China decided to up the ante of the absurd scam. In a video uploaded on Facebook, it shows the woman initially lying on top of a car bonnet before awkwardly clambering down the car while other cars around her are honking away.

She seems to later get up from the first car and sheepishly stands around waiting.

A few awkward seconds pass by till she spots a yellow car and practically runs towards it She is seen flinging herself on top of the bonnet of the yellow car, possibly scaring the living lights out of the poor driver. 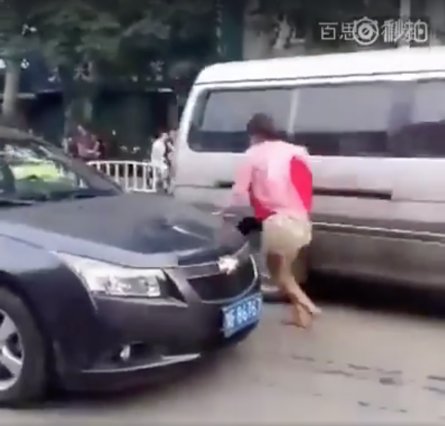 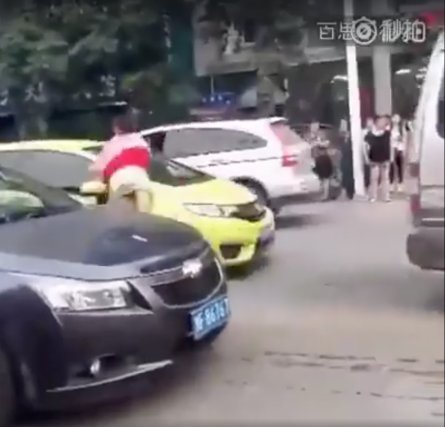 She remains there for a bit before falling off, and very apparently sick of her s***, the yellow car wanted to run her over before other pedestrians tried to stop the obviously p***ed driver.

It’s worth noting that pedestrians around her seemed to be quite amused and stood by, probably because her acting was so bad as the caption of the video suggested.

Most netizens who stumbled across the video were frustrated just by watching it, while many many others pointed out her very amusing ‘performance’. Some even wondered if the lady had drugs in her body as she is behaving very strangely throughout the video.

“It should be made legal to run over this kind of people.” one user wrote.

“If I were the driver in that yellow car I might just have drove over her.” another user added.

“Her acting is so bad I can’t believe she is trying to scam someone with that!” a Facebook user commented.

Watch her hilariously horrendous acting below: