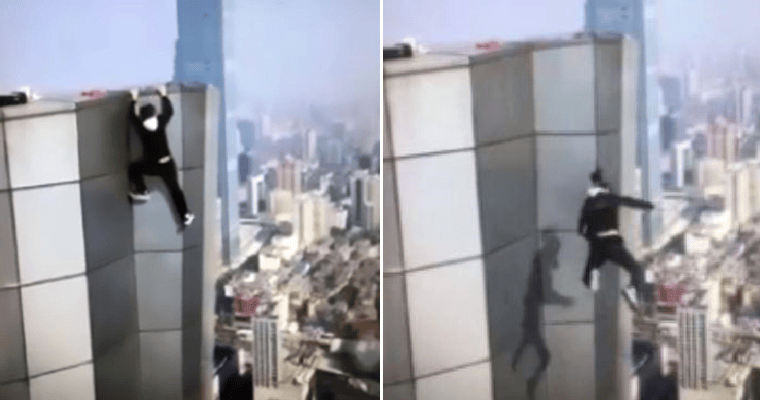 This is such a tragic incident to happen! A popular Chinese daredevil known as Wu Yongning has passed away while he was performing one of his trademark stunts known as “rooftopping.” 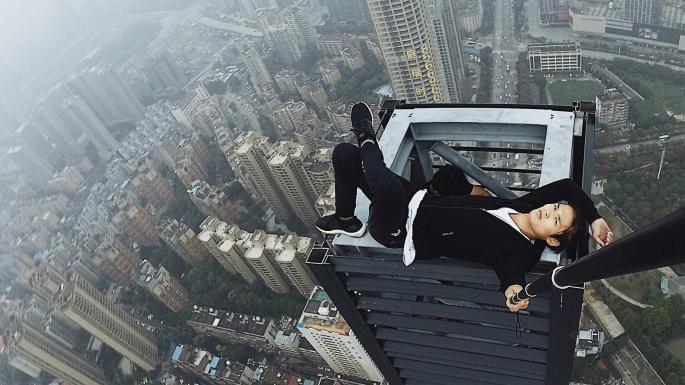 The 26-year-old climber, who had shot to fame due to his climbing stunts, often posted his daring videos on Weibo. He would wow his fans by doing pull-ups or just standing precariously at the edges of skyscrapers without the use of safety equipment.

This trend has been prevalent for quite some time especially in developed cities where there are plenty of tall buildings for these thrill-seekers to scale. However, on November 8, tragedy struck for Wu, when he slipped and fell from a 62-storey building in the city of Changsha, according to SCMP. 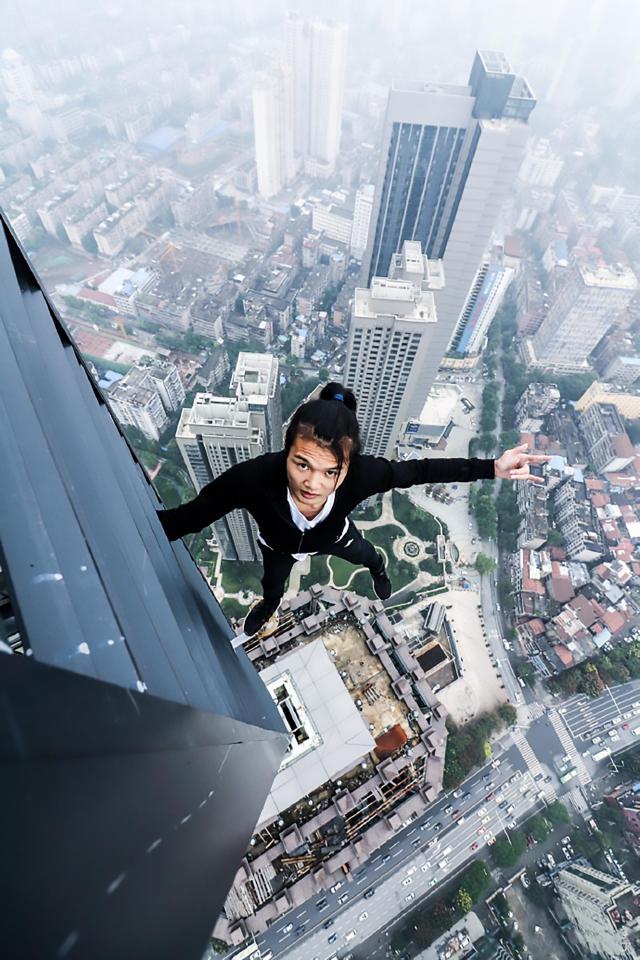 His death was only confirmed a month after by his girlfriend when his fans started to grow concerned as there were no new updates on his social media.

Apparently, the final stunt he did was for a challenge with a prize of 100,000 yuan (RM61,600) which was supposed to be used to pay for his wedding and his sick mother’s treatment. High amount of money but not worth it to lose his life! His distraught girlfriend, Jinjin called the police on November 9, when he failed to return home from his latest stunt. 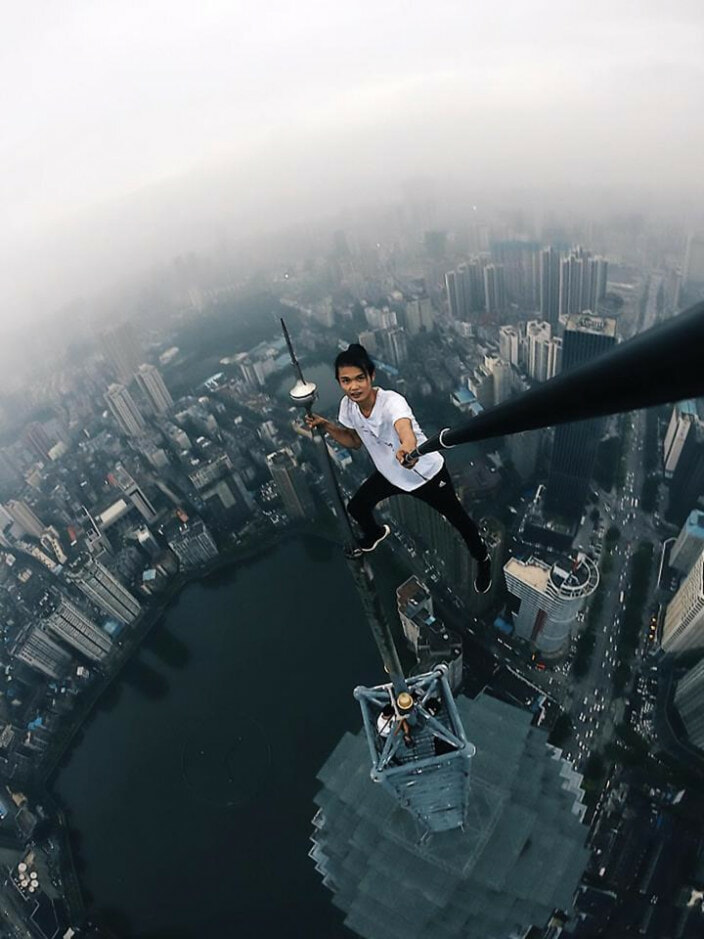 His step-uncle Feng Shengliang said, “He planned to propose to his girlfriend [the day after the challenge]. He needed the money for the wedding, and for medical treatment for his ailing mother.”

In a now viral video of the last moments of Wu’s death, he looks calm while sitting down on a ledge of the building. He does some final checks by wiping the ledge then experiments a bit by hanging off the edge with his elbows still bent. 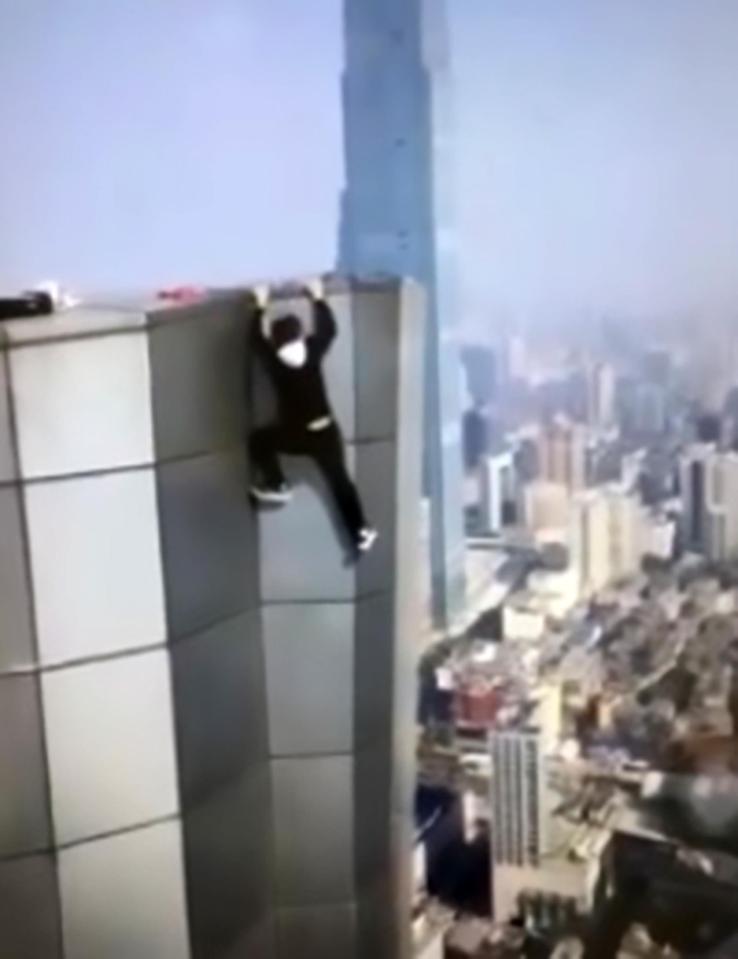 Everything seems to be fine so he pulls himself back up and gets ready for another try. On his second attempt, Wu does his signature pull-ups about three times before trying to climb back up the roof. This is the heart-stopping moment when he tries to regain his footing but fails and he is visibly struggling to get back up.

After about 15 seconds, Wu loses his grip and falls, disappearing from the camera’s viewpoint. He then landed on a terrace 15 metres below, where a window cleaner found him the next morning. RIP, Wu. 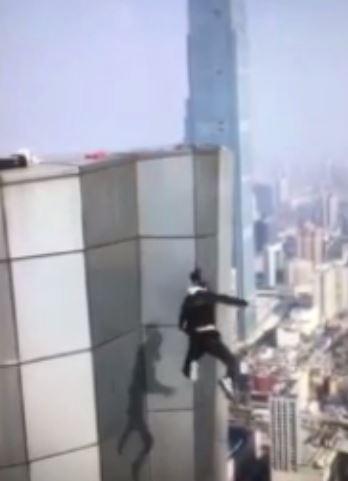 His posts on Weibo usually cautions his viewers from imitating his death-defying acts. Wu said that he had received martial arts training before and had taken part in television and film productions. However, he decided to be a social media star as it was more lucrative and had since posted over 300 videos. Of these videos, 217 of them netted him 55,000 yuan (RM33,885).

Deepest condolences to Wu’s friends and family. Rooftopping is very dangerous and you should never try it! 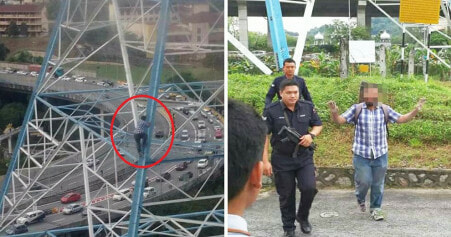