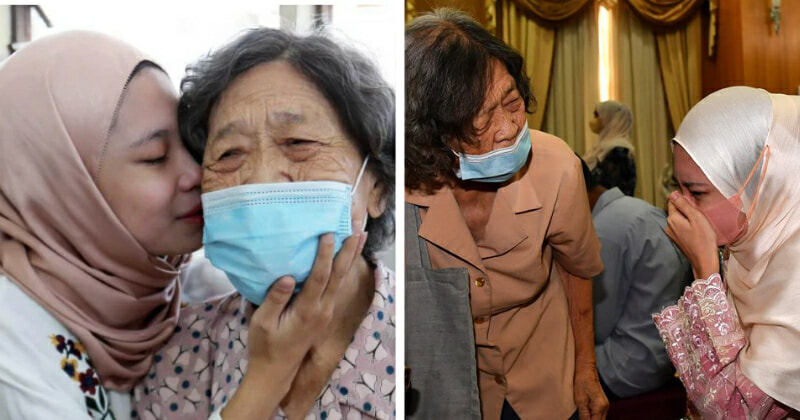 Rohana Abdullah, the 22-year-old woman who went viral for her life story, whereby she was left by her Indonesian birth mother and cared for as a Muslim by her 83-year-old non-Muslim ‘Laoshi’ has finally gotten her Malaysian citizenship yesterday. Rohana accepted a letter granting her the Malaysian citizenship status from the Home Minister Datuk Seri Hamzah Zainuddin during a ceremony held at the Home Ministry.

As reported by national news agency Bernama, Rohana shed tears of joy as she received the letter from the Home Minister and embraced her adoptive mother, Chee Hoi Lan as she returned to her seat. Rohana was reportedly abandoned when she was 2-month-old by her biological mother, an Indonesian citizen, and was cared for by Chee, who was a teacher at a kindergarten where she worked as a cleaner. 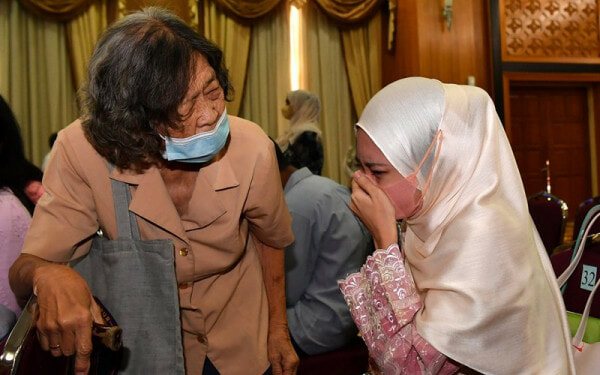 According to Hamzah, while on stage to receive the letter, Rohana said she was touched by the gesture. The Home Minister shared,

“On stage, she (Rohana) cried as she said she had been waiting for a long time on the decision regarding her citizenship application. She expressed her thanks to the government and I informed her that we grant citizenship to eligible individuals,”

Rohana was among 34 recipients aged between 5 and 24 who received Malaysian citizenship during the ceremony. Previously, Rohana’s life story attracted the attention of Prime Minister Datuk Seri Ismail Sabri bin Yaakob who subsequently contacted her to assist with her documentation.

Finally, Rohana can celebrate Aidilfitri with her Laoshi as a Malaysian citizen this Hari Raya! What do you guys think of the heartwarming story of Rohana and her 83-year-old Laoshi? Share your thoughts with us in the comments.

Also read: The Love Of An 83yo ‘Laoshi’ For Her Adoptive Muslim Daughter Warms The Hearts Of 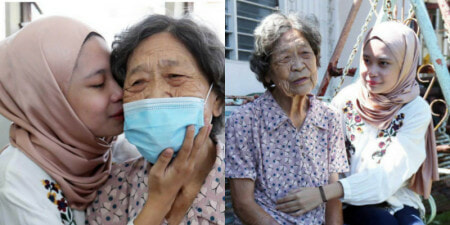