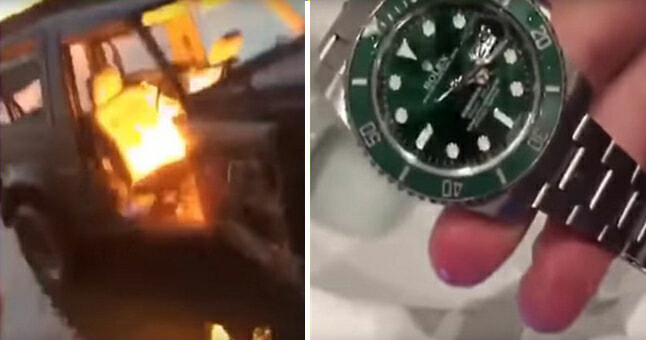 “I’m bored, let’s burn the Mercedes,” said no one ever, except a few spoilt brats from London.

Rich Kids of Instagram (RKOI) is a group of teenagers which are filthy rich and love showing off just how ‘great’ they are to the world. They frequently post pictures of themselves travelling in style and drinking nothing but champagne. 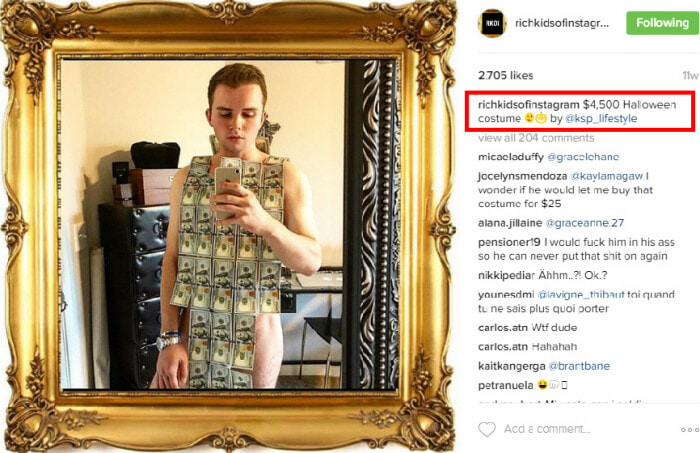 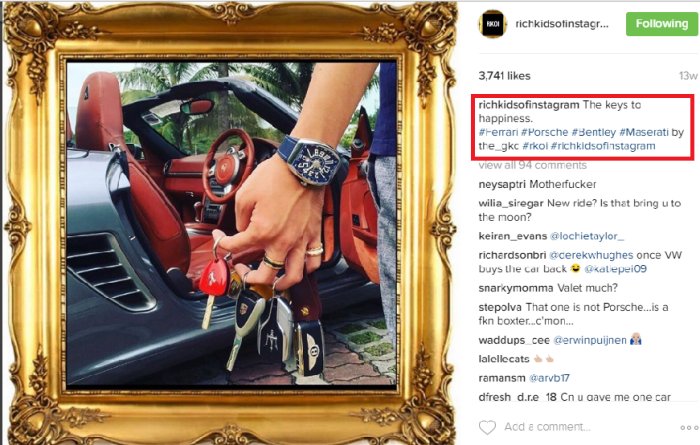 However, their recent video uploads have sparked controversy among netizens.

From the video, a few wealthy teens set fire to a Mercedes G-Wagon FOR FUN. Eh, we common folks play with bottle caps only when we’re bored leh.

According to Mirror, a Mercedes G-Wagon price starts from RM 483,300 and is owned by celebrities such as Myleene Klass and the Kardashian sisters.

“Get a picture! I want a picture please!” said the arsenic teen.

The spoilt brats were getting so much roasting from the netizens that they had to remove the video from their Instagram. Bet the brats were saying “haters gonna hate”!

“You just waste all your money when people don’t have any to buy food,” said an Instagram user.

“Appreciate what you have instead of burning stuff to make you happy,” commented another netizen.

In a separate video, a teen wearing a yellow Rolex watch dropped another green one into the toilet bowl and flushed it. It’s baffling how someone can flush away something that is so expensive. 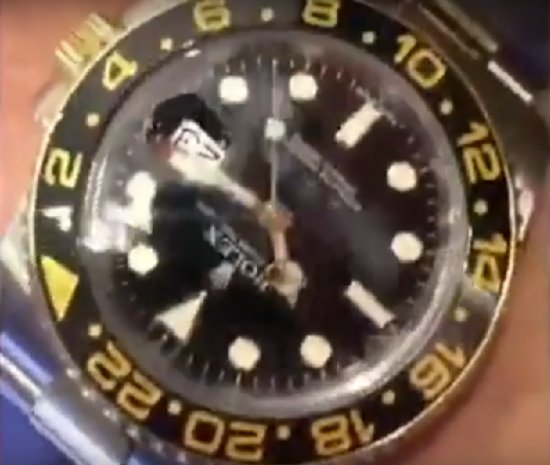 Due to the massive backlash, the video was removed as well. Some other ridiculous acts that they boasted about on the Instagram included flushing their toilet with San Pallegrino mineral water (RM7 per litre), and washing cars with champagne.

For us average Joes, money could mean life or death; but for these rich kids, money is just fun coupons.