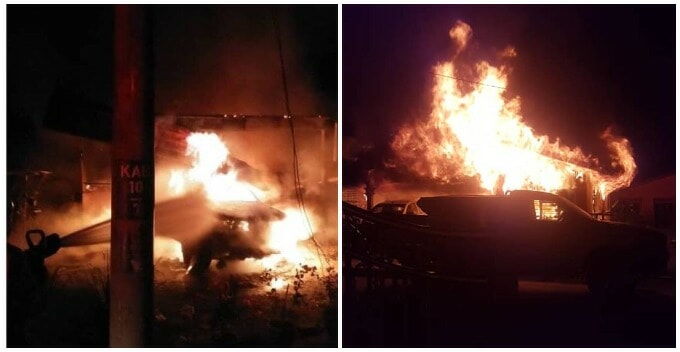 A family of three, including a baby, were killed after a fire broke out in their home at Kampung Alah Batu, Jalan Kuala Slim, reported Sinar Harian.

The incident was believed to have happened at 3.30 am this morning (19th August), though the spokesperson for the state Fire and Rescue Department said that they received the distress call at 3.51 am.

The deceased were husband and wife, both believed to be in their 30s, and their less than one-year-old baby boy. All three were found in the main room of the house.

“A team of firemen from Slim River were the first to arrive at the scene. However, the fire had already engulfed about 70 percent of the house,” said the spokesperson. 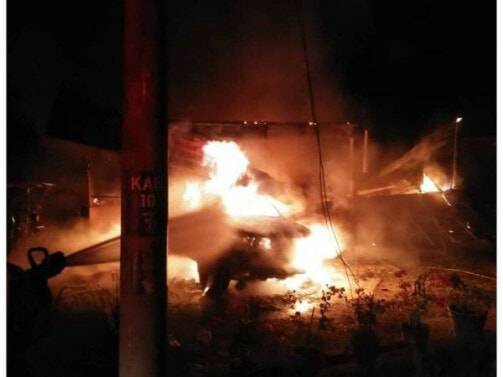 “While putting out the fire, we found the three bodies.”

He had also added that the firemen had gotten the fire under control as of 7.15 am.

In an effort to put out the fire, the firefighting team was aided by personnel from the Tanjung Malim and Tapah Fire and Rescue Departments.

The three victims were taken to the Slim River Hospital for post-mortems and the case has been handed over to the police for further action, according to the spokesman.

Our thoughts and prayers go out to the family. Hopefully, the authorities will be able to investigate how the fire had started in the first place.

Also read: “Help Us, We Can’t Escape,” Pleads Johor Man on Signboard As Fire Kills 2 in Family of 5 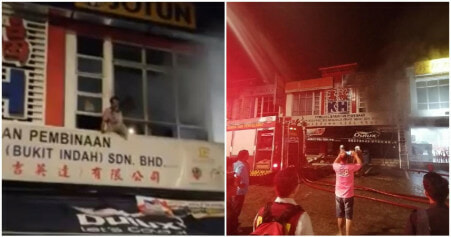