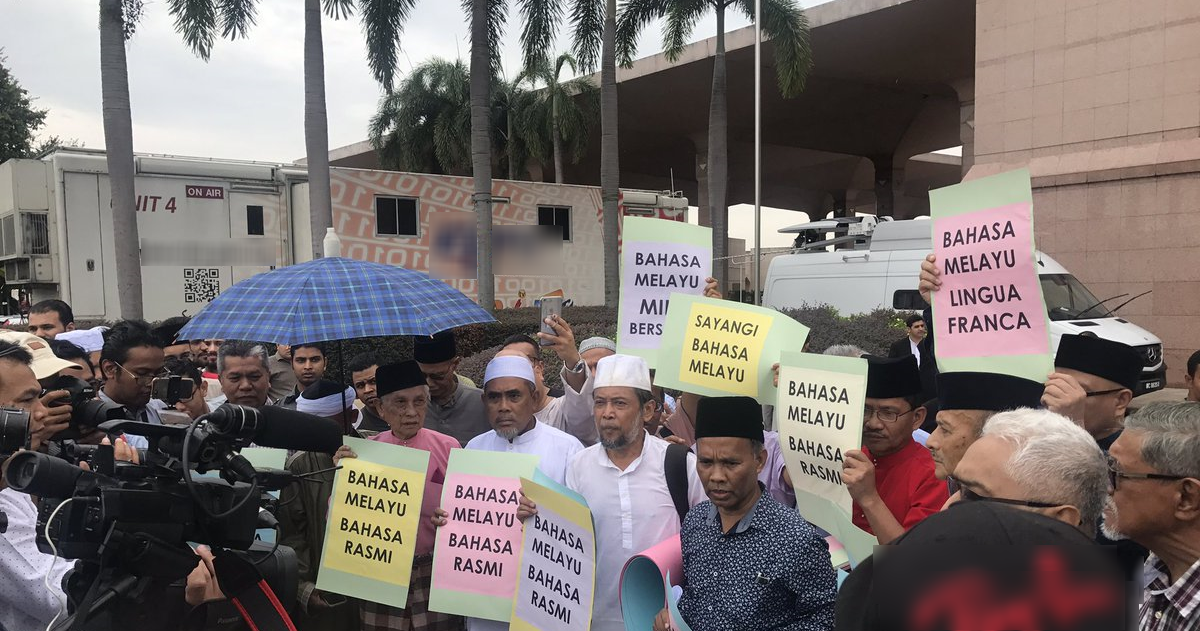 This week, a controversy arose because our finance minister, Lim Guan Eng, used Mandarin to convey an official announcement from the Finance Ministry via Facebook.

While some Malaysians were questioning his actions, others were quick to point out that Lim had actually released the statement in three different languages including the national language, Bahasa Melayu (BM). 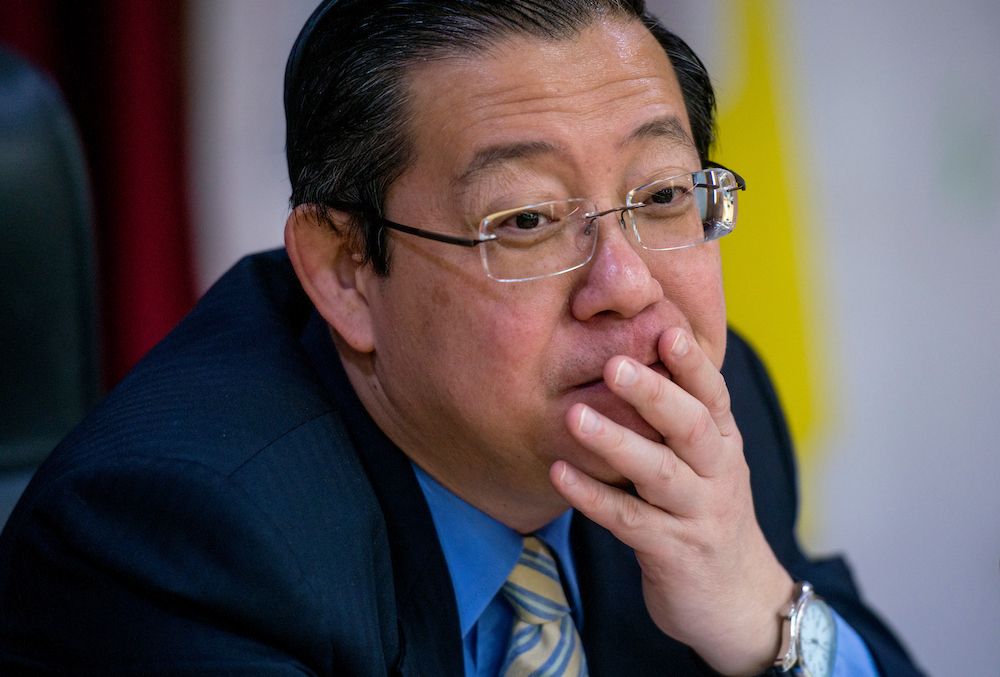 Lim even released a statement stating that the Finance Ministry will always give importance to the national language but translations in different languages for government statements will be required if the need arises.

He also stressed that he and the ministry of finance will never ignore Article 152 of the Federal Constitution, which states that BM is the national language of Malaysia.

Lim then ended the statement with an assurance that he will further work on his communication skills. Read the whole statement below! 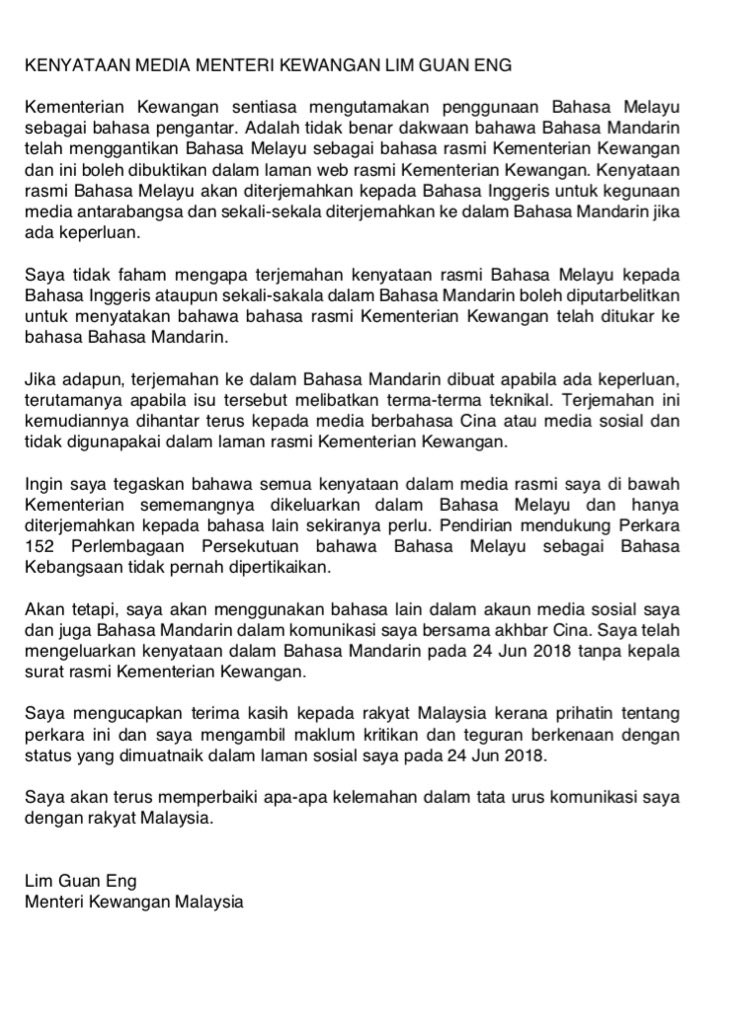 Even though Lim Guan Eng had explained his side of the story, today (29 June 2018), some Malaysians have decided to hold a “peaceful demonstration” to uphold the status of BM in the government, as shared by a Channel NewsAsia reporter via Twitter. 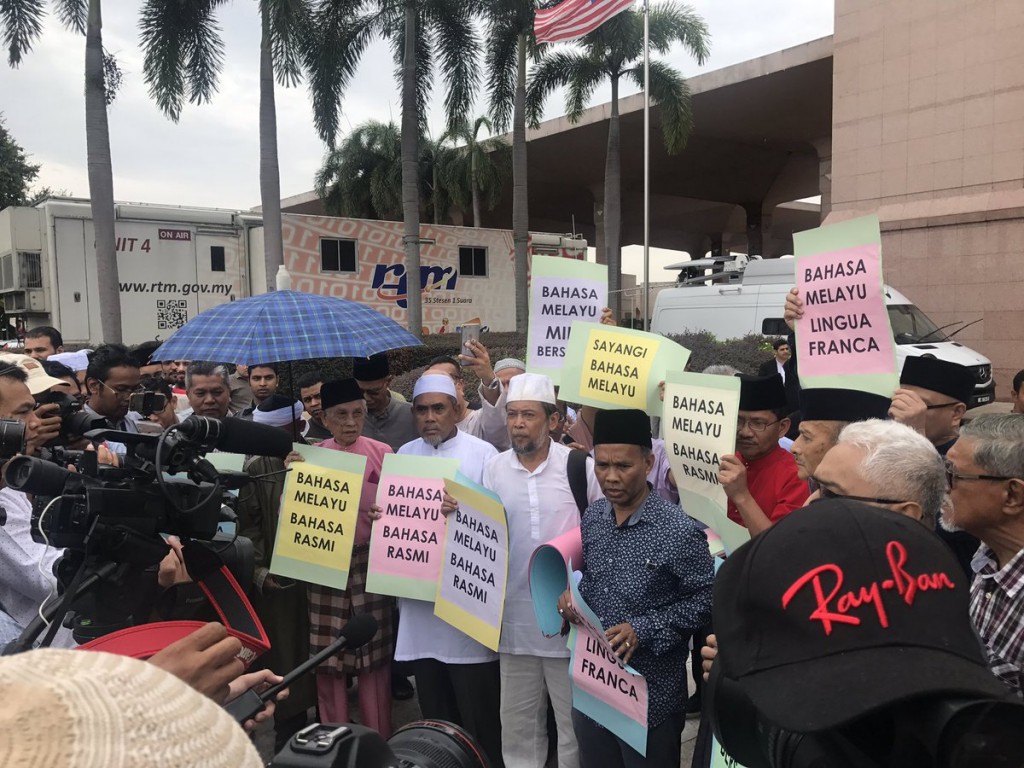 Hoisting up a sign stating that BM is the lingua franca (of Malaysia), they insisted that it is indeed against our constitution to release a government statement in another language aside from BM.

Despite being told by the press present there that the previous government also used to release official statements in other languages, they still stood by their claim that it is wrong to do so. Hmm… 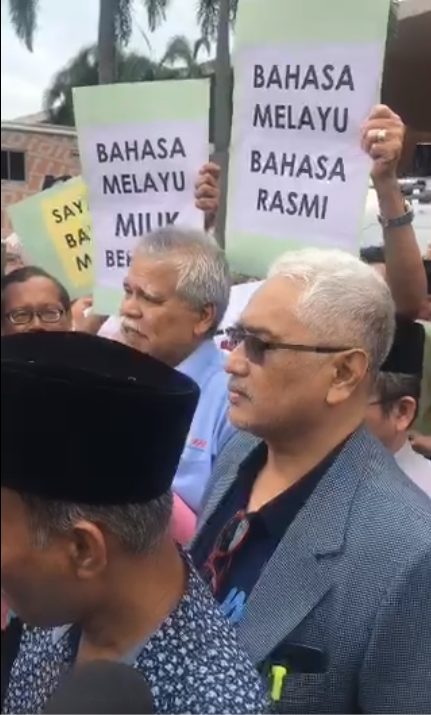 FYI, you can watch the whole video of the protest here.

The need to protect BM is understandable as it is our national language; plus, it’s a very old language that should be defended. That said, is it right to protest against the use of other languages for government statements?

Do you think the protest was uncalled for or do you think it is alright for them to stand their ground? Tell us your thoughts in the comments! 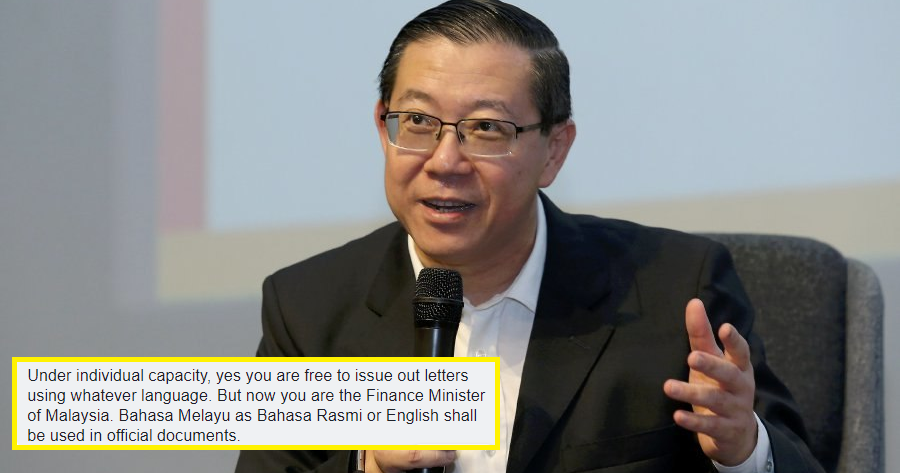