Mars One, a non-profit organisation based in Netherlands, has plans to land humans on the Red Planet to build a colony there by 2025.

In 2013, the company had over 200,000 applications interested in a one-way ticket to Mars, which is now short-listed to 100 candidates. The candidates ranged from different backgrounds, age and was chosen from over 107 countries.

One of the most popular candidate is Maggie Lieu, an astrophysics PhD candidate from United Kingdom’s Birmingham University. 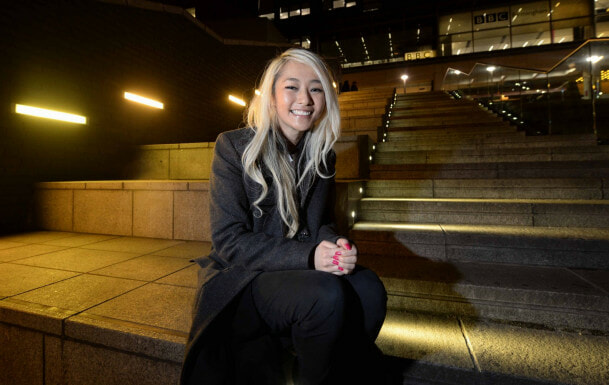 Her love and curiosity for science has drove her to jump head first when she heard about the project. A study done by top University in the world, Massachusetts Institute of Technology (MIT), which found that they would suffocate in an approximated 68 days without technical innovations has left Lieu undeterred. She explained, “The colonisation of Mars is going to happen inevitably, the technology is pretty much there, we only need a little push to get us there with the funding.

“If you think back about 20 years ago people don’t have mobile phones and computers were the size of rooms.

“Now we have little portable handheld devices where we can access the internet around the world. So if you talked to someone in the olden days they would have thought you were crazy and I think this is similar because no one’s ever done it before.

“It’s quite a shock to the world.”

“My baby could be the first ever Martian, we’d be the Adam and Eve of Mars.”

“But I’m also pretty aware there are a lot of risks involved because you don’t know what the gravitational effects are.”

In her video, she entailed reasons why she is the perfect candidate for the mission.

Some reasons which she jokingly said are her being, funny, smart and clever. Well, we couldn’t agree more.

Having both brains and beauty, it’s a shame for Earth to let her go. Although, she IS the perfect candidate if anyone were to populate a new planet.

Maggie voiced that she is ready to leave everything behind, even her friends and family. Although feeling guilty, since she’s the only daughter in her family, she is optimistic as there will be Internet on Mars. Yes, you read that right, INTERNET ON MARS.

The project is privately funded and would need an estimated £4bn to send the first group of 4. One of the hopes of funding would be a reality TV show to decide which candidate to go and broadcast their life on Mars.

In the end, only 24 participants will be chosen for training and by 2025, ultimately to go on an adventure of a lifetime. Literally.