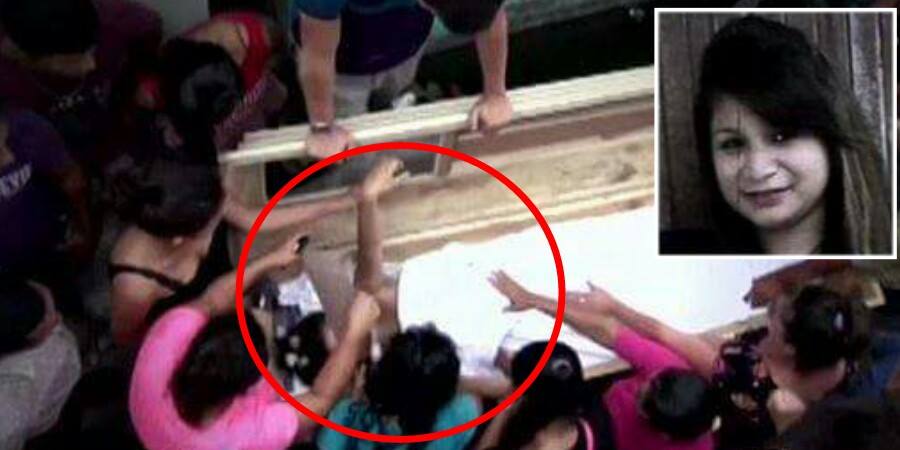 A 16-year-old Neysi Perez from Honduras, Central America, was 3 months pregnant when she had a panic attack after hearing gunfire and started having a seizure, reported AOL.

The incident took place right outside her house and she even started foaming at the mouth. Her very religious parents believed that she was being possessed and had a priest perform an exorcism on her.

She was finally sent to the hospital afterwards for medical assistance after 3 hours where doctors pronounced her dead.

The saddened family members went on with the funeral and the poor teen was buried wearing her wedding dress. 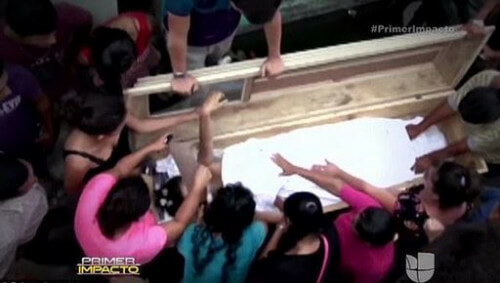 The heartbroken husband, Rudy Gonzales, went to visit her grave the next day but to his horror he heard screams coming from the tomb! He told the local press,

“As I put my hand on her grave I could hear noises inside. I heard banging, then I heard her voice. She was screaming for help. It had already been a day since we buried her. I couldn’t believe it. I was ecstatic, full of hope.” 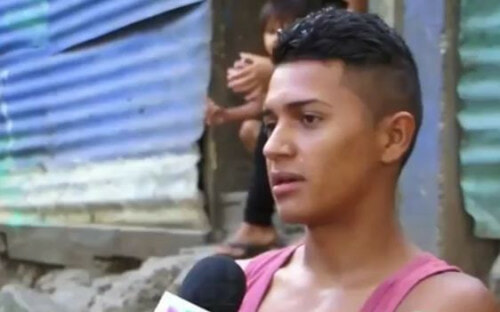 The cemetery worker Jesus Villanueva said he too heard noises coming from the concrete tomb.

“I convinced myself that the screams were coming from somewhere else. I never imagined that there was someone alive in there.”

“That afternoon the girl’s husband came to me begging me to get her out because she was alive. He was hysterical.”

Soon enough, all of Neysi’s relatives arrived at her tomb and started breaking through it. When they finally opened the coffin up, they could still feel Neysi’s faint heartbeat and her body was still warm. 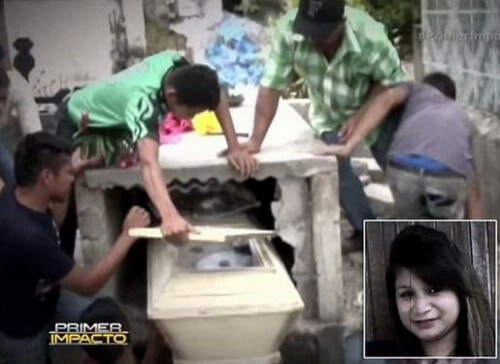 Her family placed the whole coffin on the back of a truck and rushed her to the hospital. She had injuries to her head and finger nails. It is believed that she had desperately tried to break out of her own casket.

Doctors believe that the panic attack Neysi experienced had caused her heart to stop functioning for sometime. They also believe that a cataplexy attack made her lose function of her muscles.

Unfortunately, after more thorough checks and tests, this time it was confirmed that Neysi had really passed away from the lack of oxygen.

Back in olden times when medical technology wasn’t as advanced yet, these were common cases. So much so that certain cemeteries even installed bells above the grave for people who were mistakenly buried to ring it (informing people that they aren’t exactly dead yet). Hence the saying, “saved by the bell”.

However, with such modernized and high tech medical practices, this has become a very rare case and it’s unfortunate that Neysi had still been mistakenly buried.