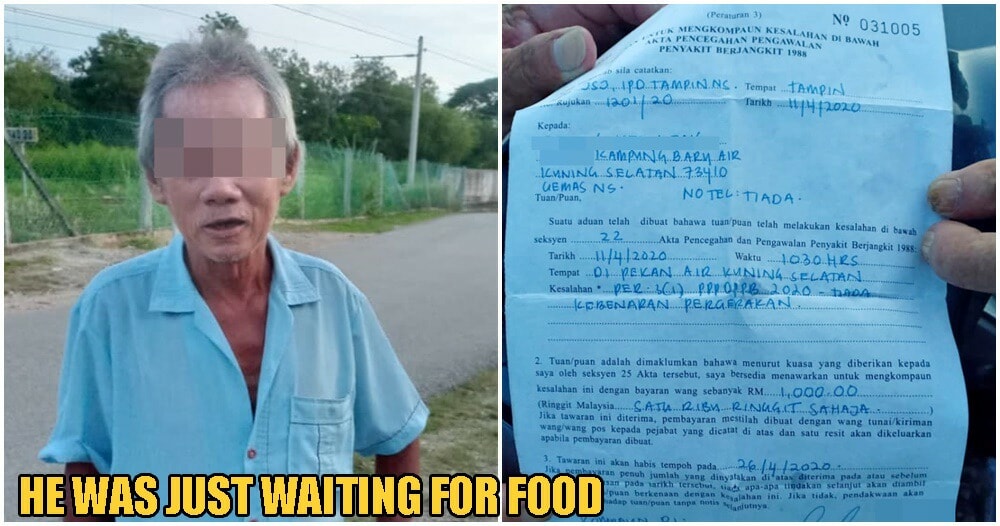 A poor elderly uncle who was just waiting in front of a restaurant distributing free food to the needy was given a RM1,000 fine instead for supposedly violating the MCO. 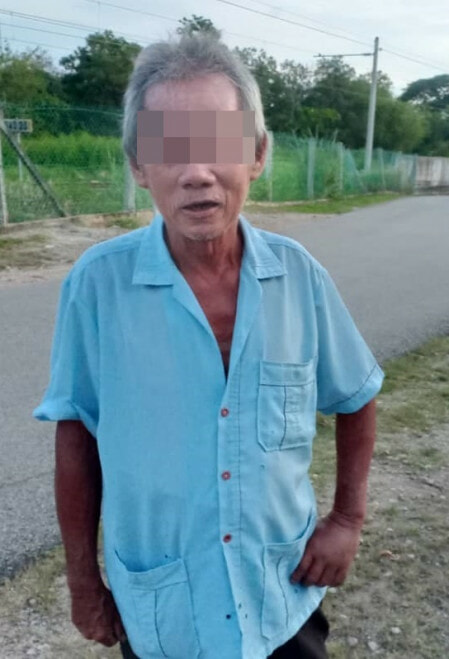 Recently, the story of a poor old uncle sparked outrage on the internet when it was discovered that he was given a RM1,000 fine for supposedly disobeying the Movement Control Order despite locals insisting that he was just waiting to receive free lunch from a restaurant who was providing food aid in Tampin, Negeri Sembilan, reports Sin Chew Daily.

According to residents who stayed in the neighbouring village of Ayer Kuning, Tampin, the poor old uncle, known as Mr. Li, was waiting for their food at a local restaurant in the area at about 10:30am last Saturday (11th April), when he was suddenly greeted by the police who assumed that the senior citizen was walking outside and violating the order. He was promptly faced with a RM1,000 fine for allegedly breaking the law. 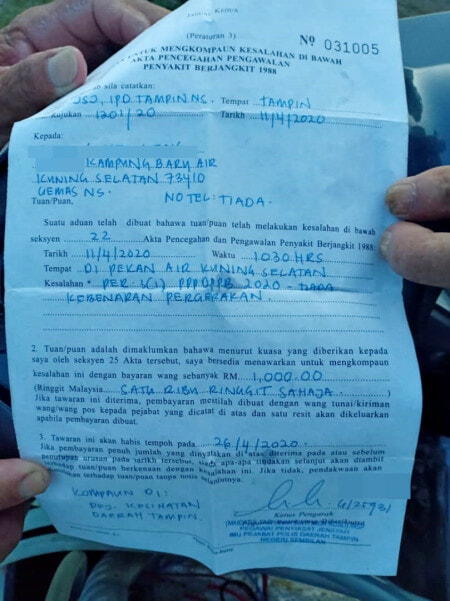 According to the CFO of Ayer Kuning Buddha, Mr. Li is very poor and lived alone. He made his home all around the village and has to engage in simple labour such as weeding or tapping to maintain his livelihood and afford a meal. But restrictions grew increasingly tighter during the enforcement of the MCO and in order to provide for him and other helpless civilians, the CFO said a nearby restaurant offered to give them two free meals a day. However when the uncle was waiting for his lunch, the officers assumed that he was loitering unnecessarily outside.

It was later revealed that the old uncle, also suffered from severe narcolepsy, a sleeping disorder, and will experience drowsiness from time to time again even if he is riding on a motorbike. Hence, when the police tried to persuade Mr. Li to leave, he accidentally fell asleep on the table next to the restaurant.

Unfortunately, Mr. Li wasn’t the only one who was fined. It was also discovered that a 67-year-old woman by the name of Fang, also was given the same fee to pay when officers caught her outside the restaurant too. Nonetheless, the CFO believes the two senior citizens did not deliberately violate the MCO and were merely waiting for their meals. Hence, he said the local village has launched fund-raising activities in hopes of repaying the fines incurred by these two lonely elderly individuals as if the fine is not paid by 26th April, both of them will be charged at court.

“At present, the RM1,000 has been raised but because this sum is being divided by the two persons, each only has RM500. I hope to raise another RM1,000. After all, they’re old. If they are accused in court, they may have to go to jail.”

According to him, both senior citizens live in run-down homes with no basic furniture. It is still being investigated as to whether they walked together to pick up the free meals.

Hopefully, they manage to raise enough funds for these two! What do you guys think about this? 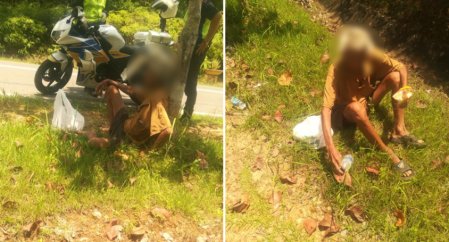