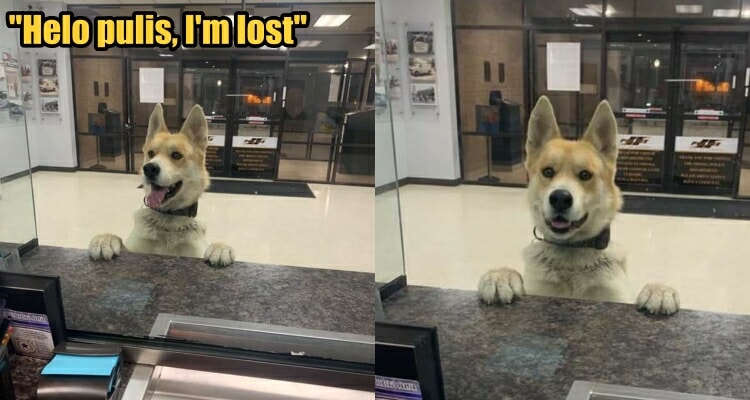 When our pets go missing, humans would be frantically looking for them before anything bad happens. Sometimes, cats and dogs that need a timeout from home will run away from home and return in a few hours, days or weeks.

A cute incident occurred when a dog showed up at a police station in Texas a week ago, and the officers were thrilled to see an unexpected visitor. According to The Dodo, the dog took a stroll to the Odessa Police Department in the early hours and plopped onto the counter. 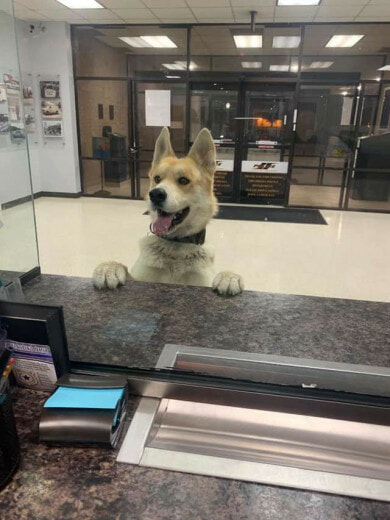 The friendly tan dog greeted the officers with a gigantic smile, letting the officers know that he ran away from home. Sergeant Rusty Martin saw how happy the dog is, so he assumed that the dog isn’t actually lost, instead he’s having a good time with the officers.

“We were all excited to have him in the building. We had a tennis ball and threw it in the lobby for a bit. Everyone loved on him.” 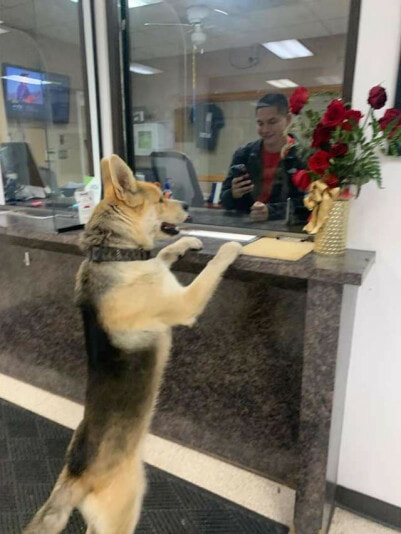 Jokes aside, the officers who were on duty checked on the dog to assess the situation. Although there really was a collar on the doggo, the ID tag had fallen off. Thus, the officers called animal control to come to check for a microchip. However, before the animal control arrived, the dog decided that his time was up and he got to go. 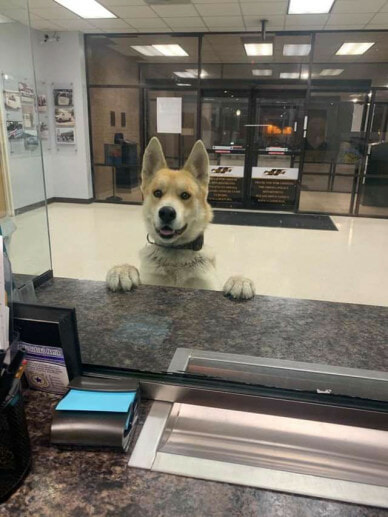 So he darted out of the office and the magical moment ended abruptly. Martin took this adorable story to Facebook, and surprisingly, the dog’s owner responded the following day, reporting that the dog had returned home.

“He ran out just as quick as he came in. The owner responded the next day [to say that] it was his dog and he had returned home. He lives about a mile from the station.”

We’re glad to hear that the dog isn’t actually lost! This was such a delightful encounter during work, we guess he just made the officers’ day by dropping by!

Also read: Watch: Cute Cat Seen Delivering a Bag of Meatballs on The Streets in Thailand 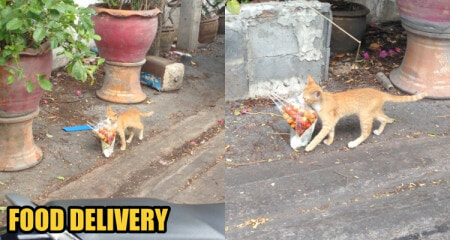