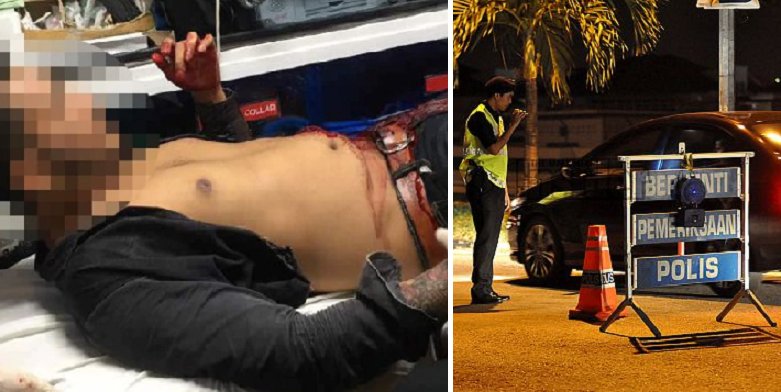 Either way, Malaysians have often questioned the benefit of these roadblocks.

On August 19, 2017, a police roadblock had foiled an attempted murder and arrested the men doing the deed!

At about 11.20pm at Jalan Reko, Kajang, the cops stopped a suspicious-looking grey Honda Accord with 5 men inside, NST reported.

As always, the typical Malaysian instinct in this situation is to offer bribe money to the police.

Not buying into the money trick, the police officers noticed something amiss and decided to conduct a thorough inspection of the men and the car. Looks like the crooks kena c*ckblock by the roadblock.

According to the district police chief Assistant Commissioner Ahmad Dzaffir Mohd Yussof, his men noticed that one of the backseat passenger was covered in blood!

As they did a body check, they found that he had a very deep slash wound on his abdomen. The police investigated the rest of the vehicle and found a parang in the boot.

The victim was sent to the Kajang Hospital for treatment and was reportedly in stable condition but kept in the Red Zone of the intensive care unit.

Ahmad Dzaffir told the press, “Initial investigations revealed that the victim went to a condominium in Setapak to meet with a man at 10pm.

“When he arrived, he was attacked by eight or nine men. One of the men slashed him with a parang.

“The victim was then bundled into the Honda Accord and driven towards the direction of Kajang.”

“The four suspects, aged in their 20s and 30s, were handed over to Wangsa Maju police to facilitate investigations into attempted murder,” he added.

Apparently, one of the suspects even accidentally revealed a bit of information by saying he attacked the victim out of jealousy. However, he did not disclose the motive behind his actions.

Currently, the police are still investigating the attack, their motive and the parang, which was found in the car.

So, the next time someone asks what’s the point of these police roadblocks, tell them about this incident to prove the importance of having regular checks. 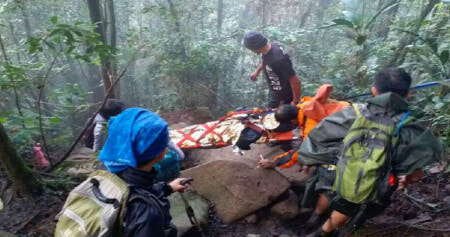