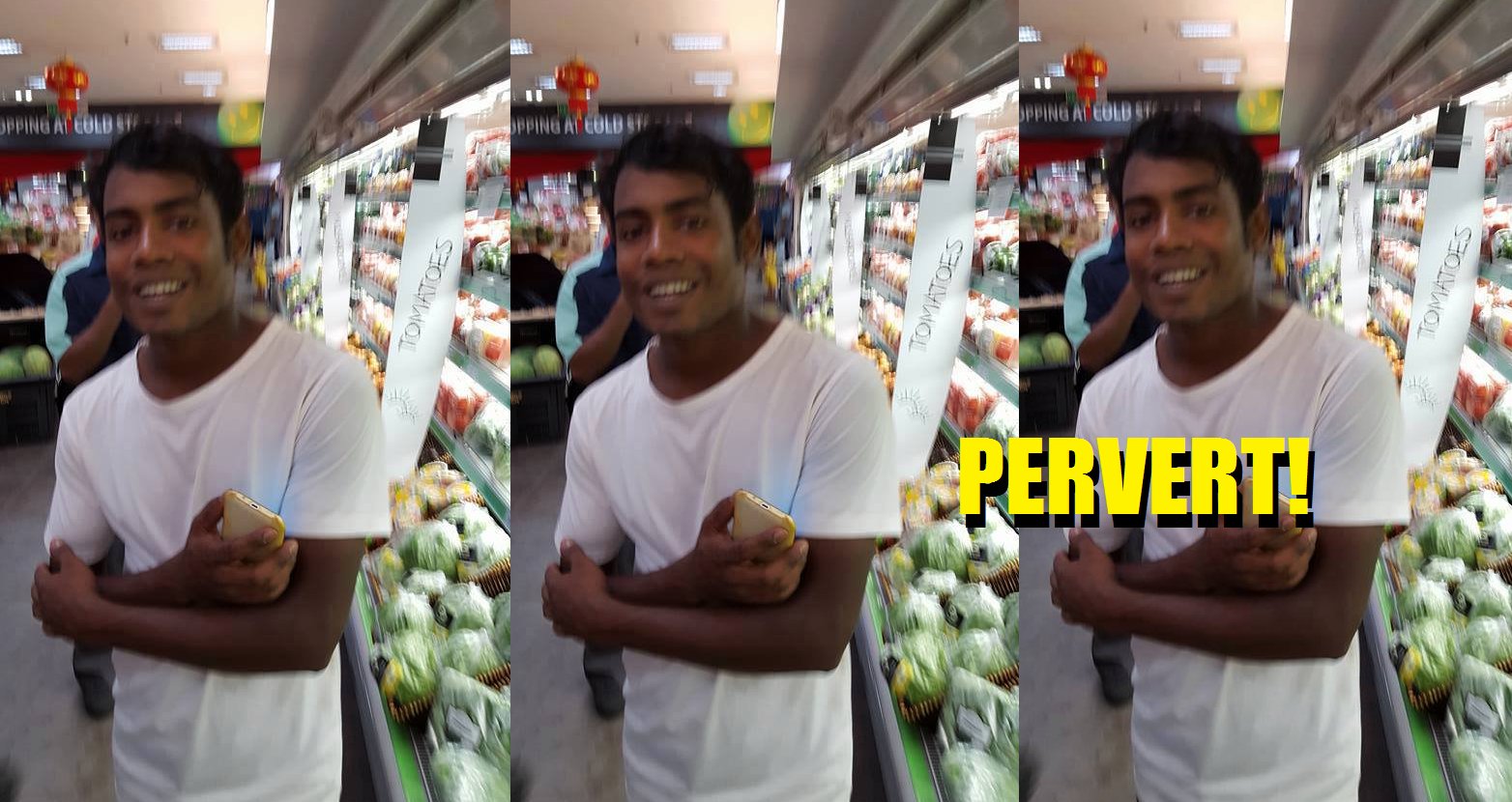 On the rare occasion that I bring my girls out, I hv to encounter this pervert who goes around snapping pictures of people’s children.

I heard his camera clicking twice, and I confronted him. I told him to remove the pictures of my kids and he said that he was actually taking pics of the vegetables on display. I insisted to see his phone and he tried to walk away. But because it was a Saturday and a crowd had turned out to see the shouting crazy woman, he got scared n started to apologise.

By then one of the staff from Cold Storage came and asked me what was going on. He was trying to convince her that there was nothing on his phone when I grabbed his phone n went to the gallery and found four pictures of me n my kids and many other pictures of other children.

No doubt he was taking pictures of the fruits and vegetables on display, but that was a ruse. He’s main focus were children.

That made me furious. And hell hath no fury than a pissed mother!!!!

I started deleting the pictures. And I found more n more. I want to give him the benefit of the doubt that he probably missed his children back home, but my gut tells me he is a twisted man with a twisted mind.

I know some might think, it’s just pictures, but you never know what these people could be up to. He was a foreigner. After deleting the pictures on his phone,

I told him since he likes to take pictures, I’ll take one of him. I told him to smile and the idiot actually did. My hands were shaking so badly so this was the best I could capture of a pervert with a sick mind.

My purpose in posting this is to warn people that such a thing could happen. I wish I had done more than just tossed his phone into the heaps of vegetables. Because I don’t think this guy will stop at pics of kids.