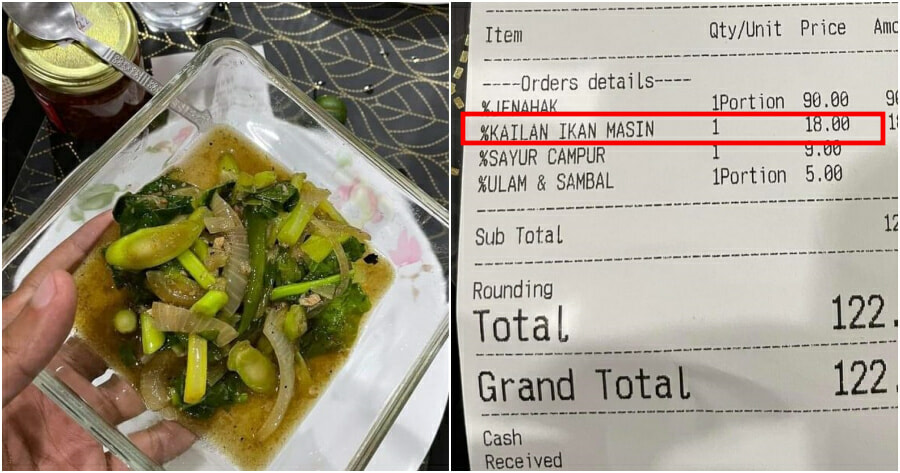 While the prices of vegetables are showing an uptrend, another restaurant has reportedly overcharged their customer for one simple dish.

Just yesterday (28 November), a netizen has taken to social media and shared the receipt of the purchase of a few take away dishes from a restaurant in Penang, Kepala Batas. The receipt has caught the attention of the rakyat with the price charged for kailan ikan masin (salted fish kailan), which amounted to RM18 for an extremely small portion. 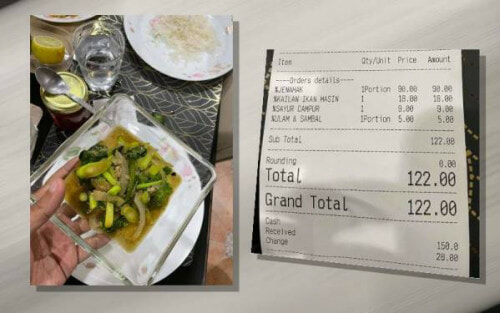 In the meantime, the customer was also charged RM90 for ikan jenahak (snapper fish), mixed vegetables for RM9, and sambal for RM5. For these 4 items, the total cost was RM122. However, the photos of the other dishes were not uploaded and the name of the restaurant was also not disclosed.

In the anonymous Facebook post, the customer stated that the RM18 salted fish kailan was too little that it was only sufficient for 1 person to consume. However, he accepted it and just paid for the items. 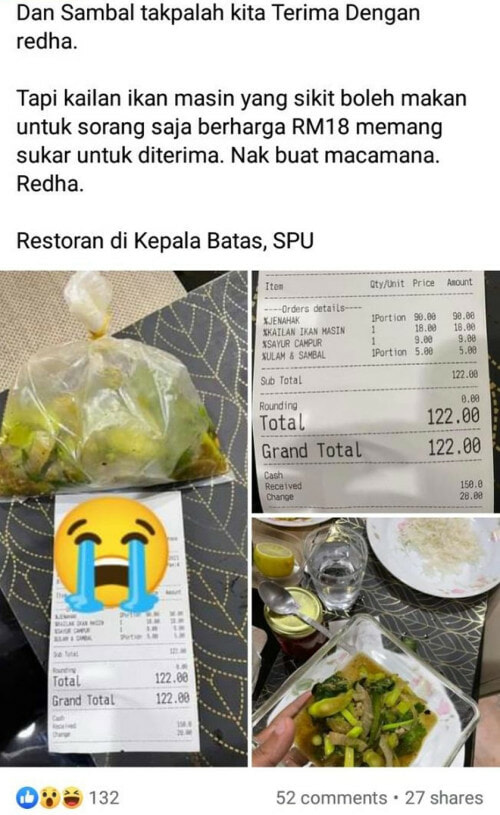 According to Astro Awani, the Ministry of Domestic Trade And Consumer Affairs (KPDNHEP) in Penang has urged the customer who uploaded the receipt on social media to come forward and lodge an official complaint to enable further actions. Meanwhile, Utusan reported that KPDNHEP had issued a notice to the said restaurant.

“The restaurant is expected to respond to the given notice in 2 business days”, said the investigating officer. 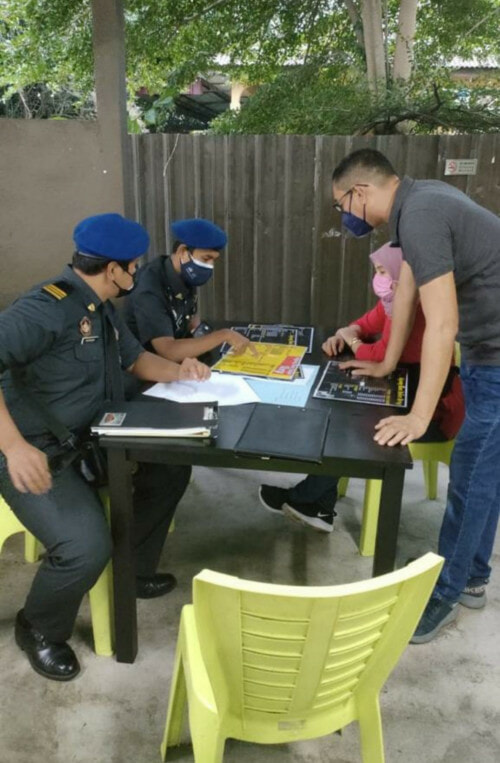 A few weeks back, a restaurant in Langkawi caught itself under fire for charging their customers over RM1,000 for a siakap fish. Last week, a restaurant in Penang went viral after a receipt showing the price of a fried sotong (RM50) circulated online.

Netizens have a lot to say about the overpriced dish following the circulation of the receipt. Some said to just do the cooking himself and not to complain about the prices.

Some even suggested planting your own kailan. 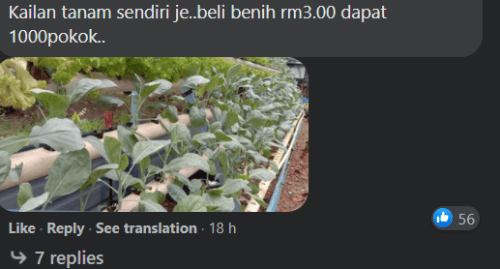 Some joke and said to not come to Penang if you’re not rich.

Overpriced food seems to be the current “trend”. Would you pay the price for such a small portion? Let us know your thoughts in the comments below! 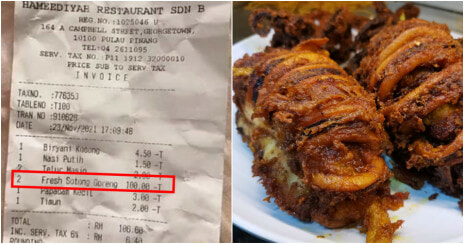