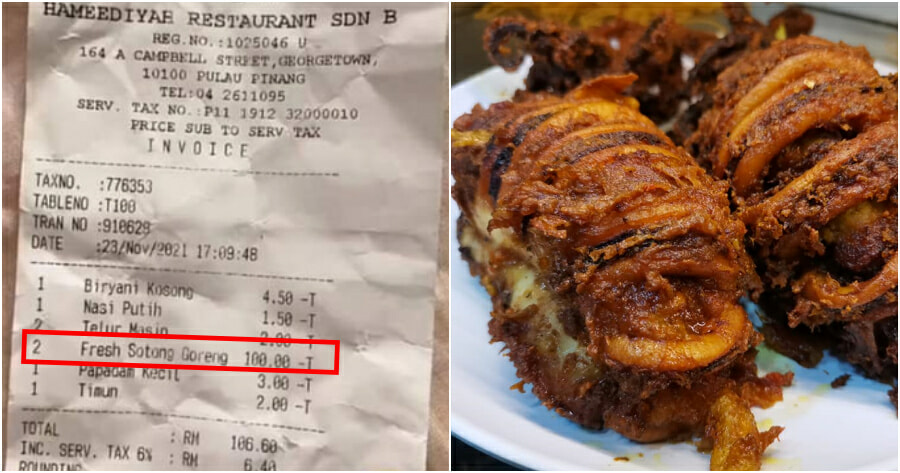 Who would have thought that a plate of Nasi Kandar may cost more than RM100?

Recently, a Nasi Kandar restaurant in Georgetown, Penang had gone viral after a customer’s receipt circulated on social media. The most eye-catching part of the receipt is none other than the price of two fried sotong which cost RM100! Most netizens thought that the price charged for the squids alone were ridiculously high. 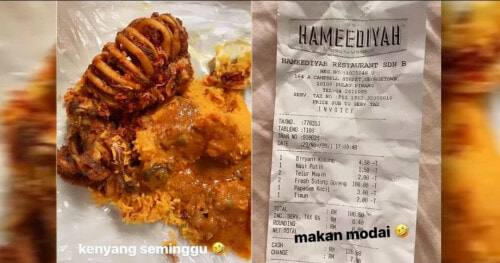 According to Utusan, the manager of Hameediyah Restaurant in Lebuh Campbell, Georgetown, Muhammad Riyaaz Syed Ibrahim emphasized that the prices of all items in the restaurant are clearly stated on the menu. This includes the price of the squid which ranges from RM10 to RM150. Riyaaz was the one who personally took the couple’s order and they have also ordered Beriani rice, white rice, and a pack of papadom as shown in the receipt.

“This “Apollo” fried squid is not cheap, we bought it for RM35 – RM40 per kilogram,” Riyaaz explained, while also highlighting that the market price for seafood often varies. 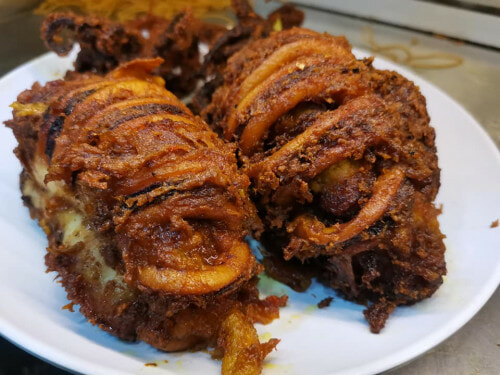 He also revealed that the squid that was taken away by the couple originally cost around RM110 – RM120, but the price charged to them, which was RM50 per fried squid, was a discount price. Additionally, Riyaaz said that the couple did not complain anything whilst paying the bill, thus he was shocked to find the receipt being spread like wildfire online.

Yesterday (24 November), Hameediyah Restaurant took to their Facebook account and shared a statement made by the owner of the receipt. The anonymous owner clarified that he had no issues paying for the food as he has been to the same place previously and was charged the same price. He understood and found it reasonable for the restaurant to charge him the price given the size of the squids. 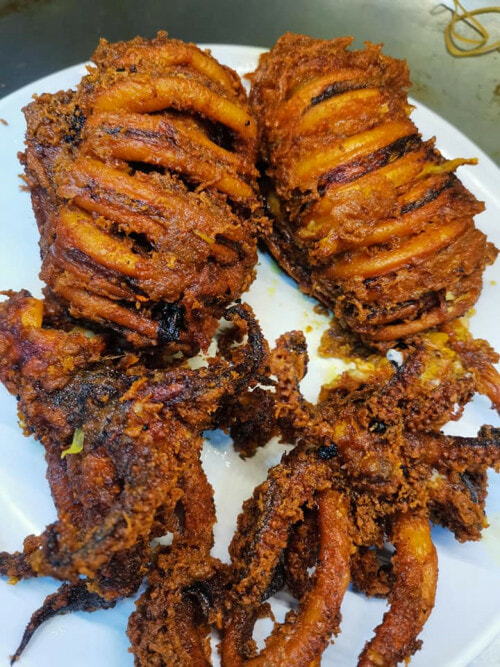 In the meantime, he also said that while he did upload the pictures of the food and the receipt online, he certainly did not caption his post with anything that hints at the price charged. The post that had gone viral was a screenshot by another party and the caption had also caused misunderstanding amongst the netizens. The caption says,

“Be careful if you come for Nasi Kandar in Penang. The price of two squids can go up to RM100.” 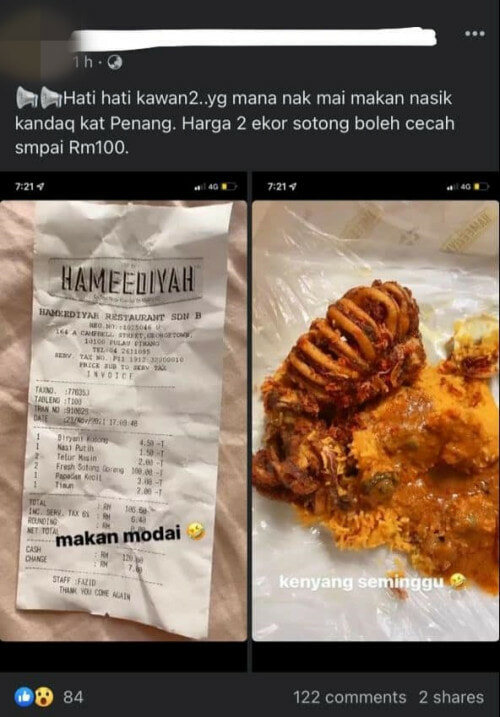 The owner of the receipt also apologized for the misunderstandings that have occurred over the price of the squid.

Do you think the price is reasonable? Let us know in the comments below!

Also read: Langkawi Restaurant Owner Who Charged Over RM1k For Siakap May Be Fined Up To RM100,000 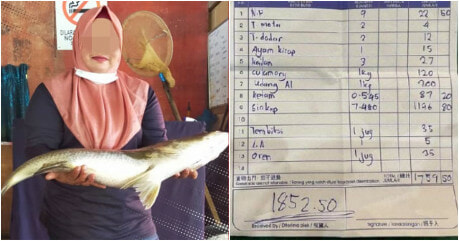