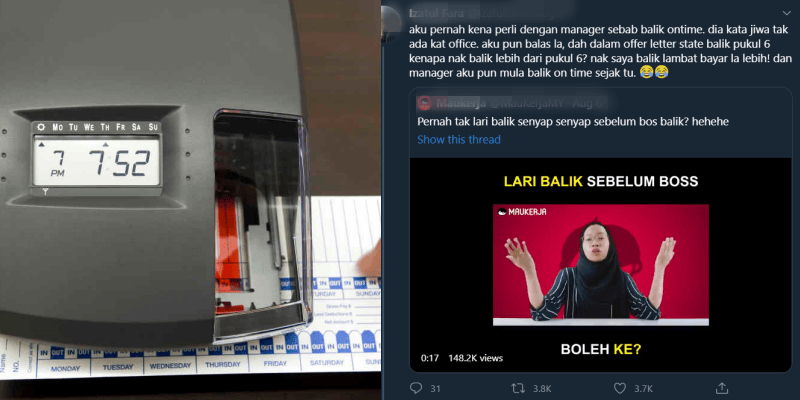 Almost every employee today has this innate fear that if they leave work on time, they might put their career in jeopardy.

Thus the question remains, is leaving work on time bad for my career?

According to netizen @Izatulfara, “If you want me to stay on after work, you have to pay me extra.”

Her tweet which came in response to a @MauKerjaMY video looks at the issue of whether or not it is ok to leave work on time.

Here is the video which triggered her response.

Taking to Twitter, she responded, “I was once teased by my manager for going back on time. He told me that my heart was not in the workplace.”

“I reiterated in saying that in my offer letter it is stated that I am supposed to go back at 6pm, why should I work later than 6pm?”

“If you want me to stay on after work then you have to pay me more.”

Well, she is not wrong in this story. More often than not, working late simply isn’t worth it – and this is backed by research.

Citing cognitive decline, automobile pioneer Henry Ford brought down working hours for his employees to 40 from 48 after realising that they were making too many errors.

Another reason that may rock your boat is a study citing that superiors did not notice differences between people who worked more and those who did not.

@Izatulfara adds that to deal with stubborn bosses, the key is to be steadfast with your resolve.

“What’s most important is to ensure that your tasks are done. Never live in fear of going back on time.”

There is much research that supports the negative impact working overtime has on your health and performance.

So, if you feel that working overtime does not work for you, consider leaving at the time you have agreed upon as stipulated in your contract. 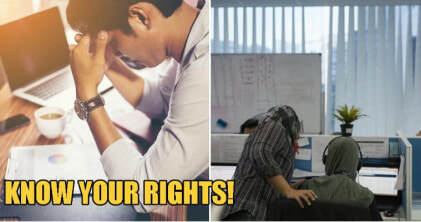