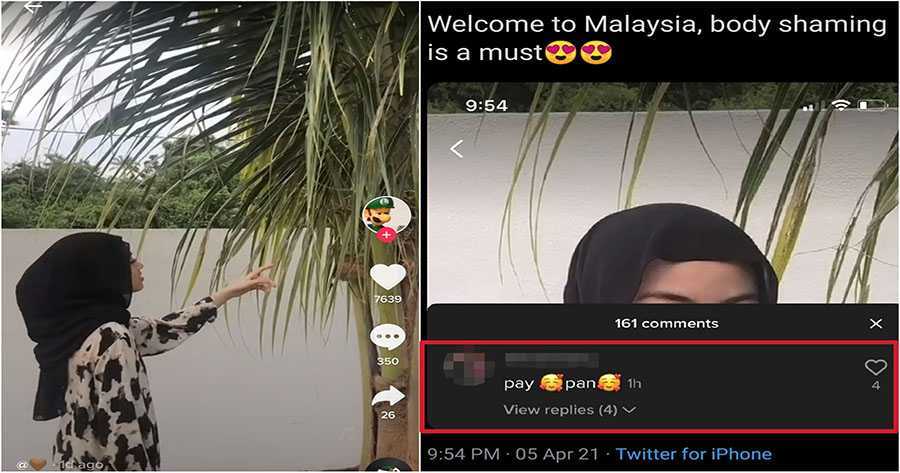 The body shamers are back at it again.

A recent Twitter post by a user who goes by the name, Dayana (@babychitam) exposed some comments which body-shamed her after she posted a video on her TikTok account.

The video shows Dayana, in loose clothing, pointing at a tree then giving a mini heart sign. However, some users found a way to judge her in what seemed to be a harmless video. 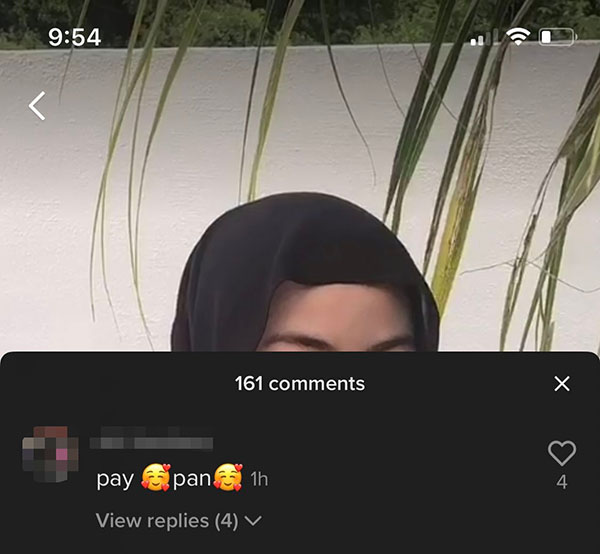 The comment posted on her video stated “paypan” which refers to papan in Bahasa Melayu for flat, meaning to say that the girl was flat-chested. The post, however, received positive responses from netizens.

Many users condemned the comment saying that the person was rude and that they probably used their knee to think before commenting. Unfortunately, it didn’t end there. Another similar comment was posted on the same video by another TikTok user the next day. 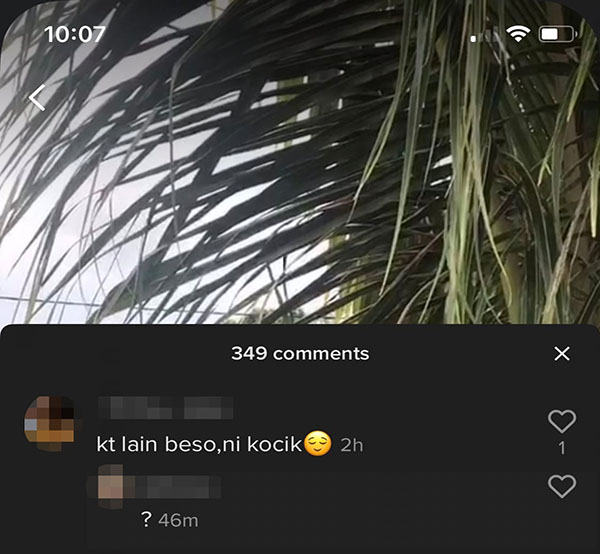 This time, the comment states “kat lain besar, ni kecik” referring to everywhere else is big, this is small, insinuating that the girl had a small body. Thankfully, no more body shamers showed up in the comments after that. It’s sad to see that women are still being openly objectified by other social media users in this day and age. 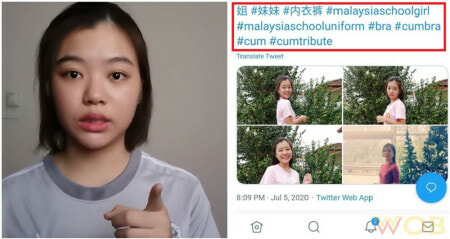