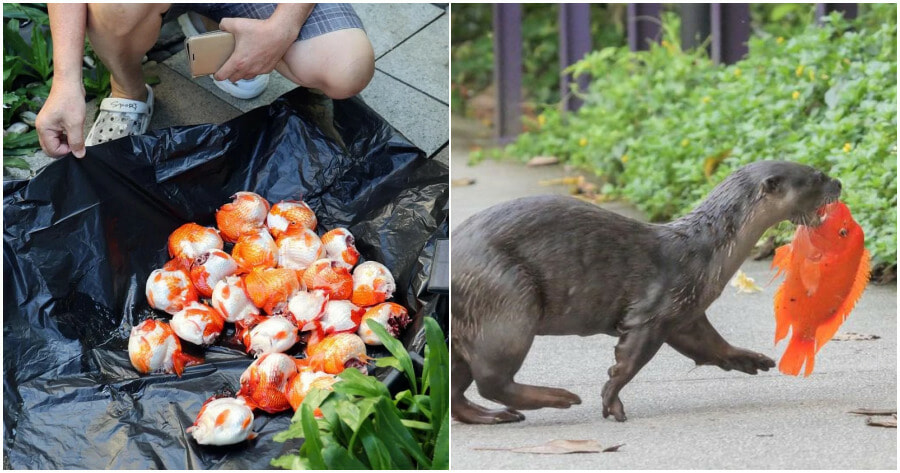 Monkeys are one of the most prevalent and daring animals in cities. They always hunt for food, from power lines to city sidewalks to parks!

However, otter sightings in urban areas may come as more of a shock to people. This is because otters are very sensitive towards humans and usually dive back into the water and disappear once they sense the presence of a human.

But when food is present, who can resist, right?

Known for their love of fish, a pack of otters recently made headlines when they were found to have had a feast of 50 goldfish at a Singaporean man’s residence.

The man suspects that the incident occurred late at night as he did not hear any commotion. They must have eaten to their heart’s content without any humans to interrupt!

At the time, his house on Gerald Drive, Hougang, was unguarded as his dog had passed away a week ago.

How the fishes were found dead

According to Shin Min Daily News, it was the man’s helper who broke the terrible news to him.

At 7am on Sunday (June 26), the man’s maid was cleaning the courtyard when she discovered that the fish pond was in a mess. 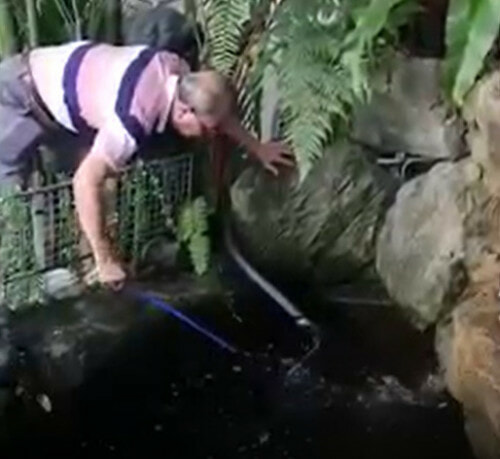 She saw that most of the bodies of the goldfish were floating on top of the pond, with 1 or 2 barely alive.

She immediately returned to the house and reported what she saw to her employer, Lim.

In a video accompanying the report, Lim showed reporters the safety nets he installed on his gate to keep otters out.

He explained that they used to be of a lower height but had been adjusted higher after an earlier incident where the otters had broken in for the first time. 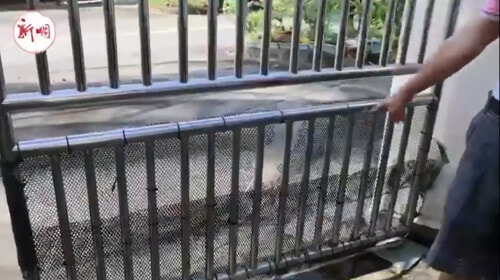 This time around, it is likely that the resourceful creatures bit through the safety nets to get inside, as the nets were torn apart.

Food truly is the biggest motivator!

Losing his bulldog, the goldfish and S$5,000

In the past, Lim’s bulldog would have barked at the otters to prevent them from going near the goldfish, but sadly, the loyal guard dog passed away a week ago.

As a result, Lim’s home was left unguarded for the first time.

To add to the loss of his dear pet dog, this incident also made Lim lose his precious goldfish. 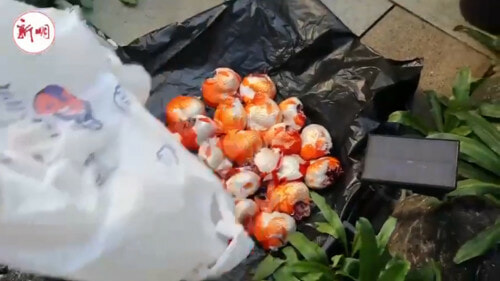 Do you think that the otters could have been stopped? Let us know in the comments. 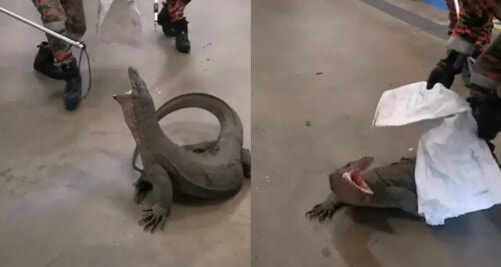