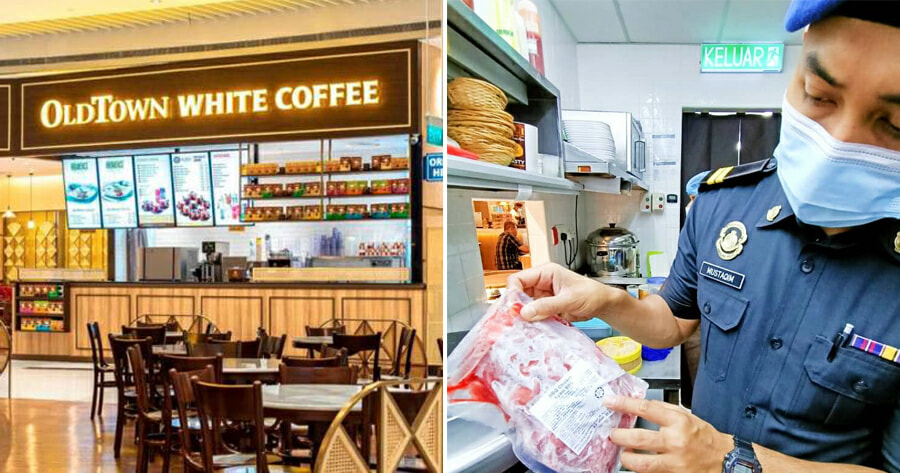 OLDTOWN White Coffee Malaysia has released an official statement saying that they will take legal action against the individuals found to be making false allegations against the cafe company.

In a Facebook post, OLDTOWN rejects all rumours and allegations that their products contain pork and that the viral video claiming this is untrue.

“We also want to emphasise that all OLDTOWN White Coffee branches in Malaysia hold Malaysian Halal Certification (SPHM) since 2010,” they said.

“Halal certification and the rules set are not something to be taken lightly. We ensure that the ingredients used in our food and beverage do not contain any pork content or non-halal ingredients.”

“Local representatives from the Ministry of Domestic Trade and Affairs Consumer Affairs (KPDNHEP) has also visited the branches to conduct further investigations and they confirmed that the allegations are untrue.” 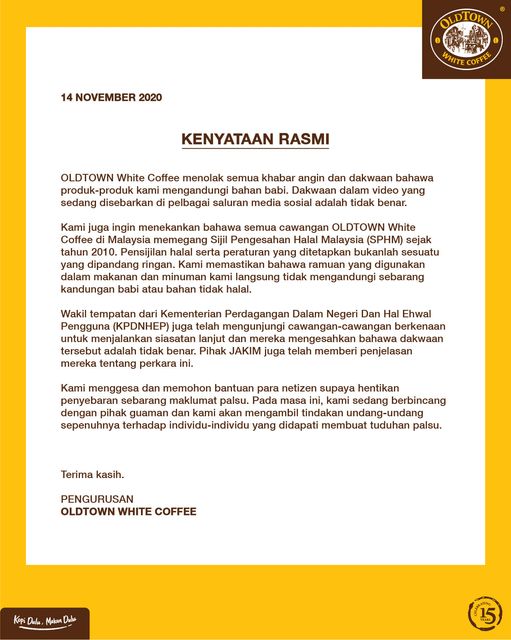 JAKIM has also given their explanation on the matter, saying that OLDTOWN White Coffee is a valid holder of the Malaysian Halal Certification (SPHM). They then urged that netizens stop spreading false information on social media.

Also read: Old Town Coffee Raided by Authorities After Someone Accused Them of Serving Pork 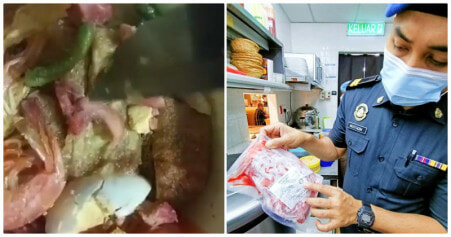