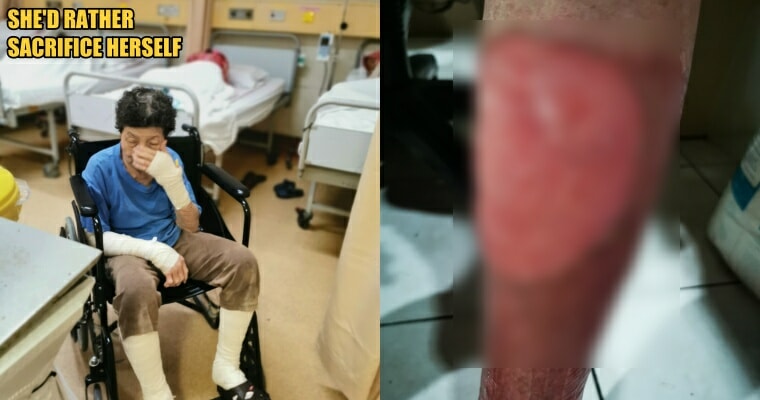 Sometimes we tend to overlook the safety of our very homes, so this is a reminder for us, especially those with elderly people or children.

Yesterday (7 September), a Penang woman named Mandy shared about her elderly mother’s terrible experience of being burned at home due to a leaking gas tank.

It occurred when her mother decided to turn on the gas stove, and the gas tank broke into a fire in a blink of an eye. Although the elderly woman knew that it was nothing but danger, she stuck her bare hands into the fire to unplug the gas pipe to prevent the situation from worsening.

Unfortunately, her pants caught on fire while she unplugged the gas pipe. And despite being literally on fire, she quickly poured water onto the burning gas tank to extinguish the flames. 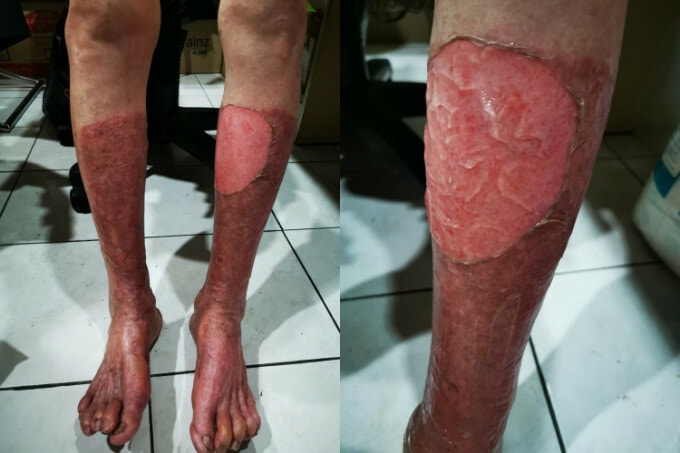 When Mandy rushed home after receiving the news, her heart dropped upon seeing how severe her mother’s burns are. Her mother was trembling, and her face went pale as she was petrified. With tears rolling down her face, she told Mandy that she had to unplug the pipe because she didn’t want to trouble other innocent people and that she’d rather sacrifice herself for the sake of others’ safety. 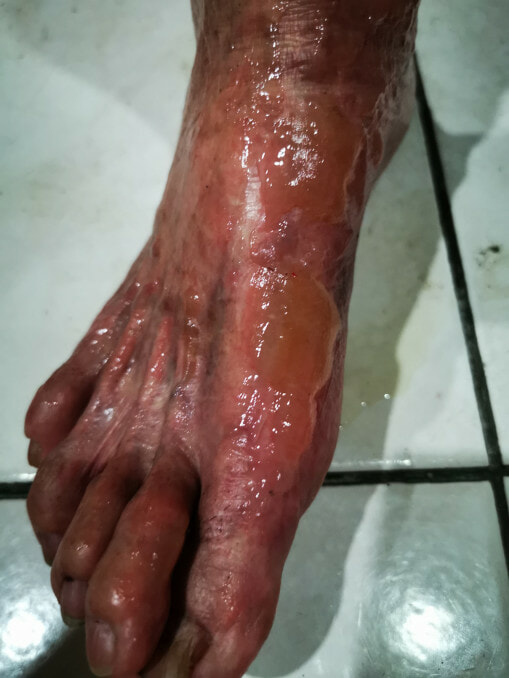 The brave auntie is currently receiving treatment at the hospital, and the doctors commented that her pain threshold is gas relatively high, given that her burns were severe. 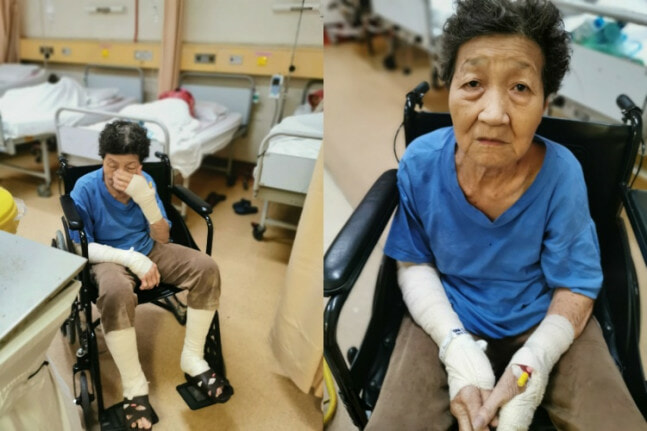 Heartbroken upon seeing how much pain her mother had to bear, Mandy reminds everyone to beware of the gas tanks at home. She also warns people not to extinguish the fire with water as it will worsen the situation, and that we should cover the flames with a damp towel instead. She also added that it’s better to turn off the gas tank when we’re not using to prevent unnecessary accidents.

We sincerely hope that Mandy’s mother will recover ASAP. 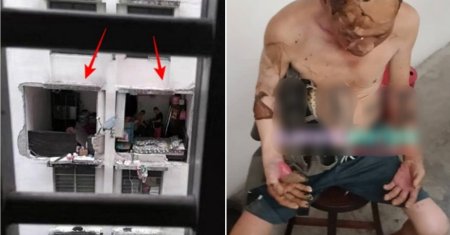