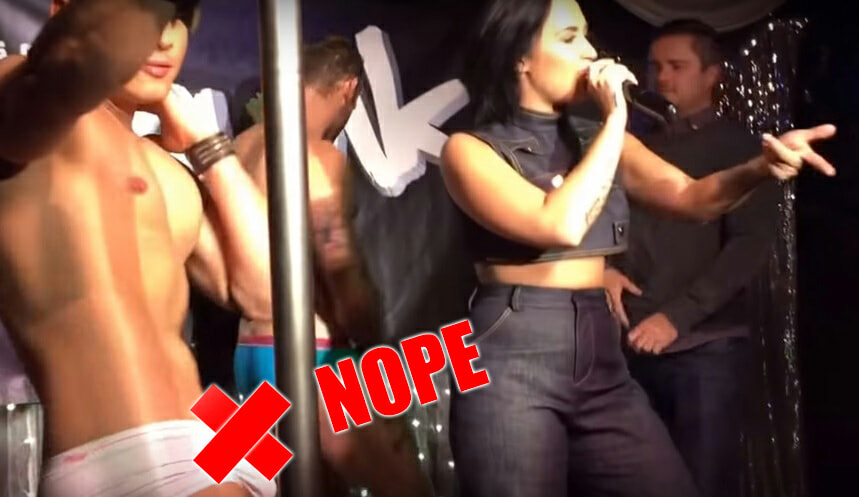 Demi Lovato released her album quite recently and express how happy she was about it.. Well, she wasn’t the only one who was excited.

Demi was performing in a gay club in New York last weekend with her new single, “Confident”.

“How many confident bitches are in here tonight?” she asks the crowd, before asking some dancers to come up on stage.

One of the dancer, however, stole the show. Or at least, his joy stick did.

We’re giving Demi mad props for nonchalantly going through her song and ignoring the man’s obvious boner. The crowd looks more than entertained at the whole scene.

Whether it was an act or not? We don’t think so. Or at least, it didn’t look like it.