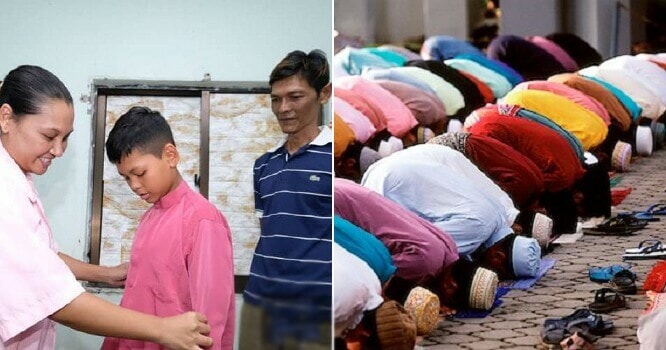 Aww, this is sweet!

Berita Harian shared a heartwarming story about a father and son of different religions, and quite honestly, we are tearing up already. It’s so darn sweet!

44-year-old Lim Hun Kheng is the father of 12-year-old Mohammad Firdaus Hong Abdullah (previously, Lim Ching Hong) and even though it’s his son that practises Islam, Lim puts in a lot of effort to ensure that Firdaus doesn’t fool around with his faith.

In fact, Lim wakes Firdaus up every day at 5am to ensure that his son has his pre-dawn meal (sahur) during this auspicious month. Lim was quoted by The Star as saying,

“Every day at 5am, I will wake him up for his pre-dawn meal (sahur). Although we practise different religions, I’ll make sure he obeys the teachings of Islam.”

After sahur, Lim will send Firdaus to solat Subuh before sending him to school. Later in the afternoon, Lim sends Firdaus to his religious class (Kelas Agama dan Fardhu Ain, KAFA). Lim is really a responsible dad! 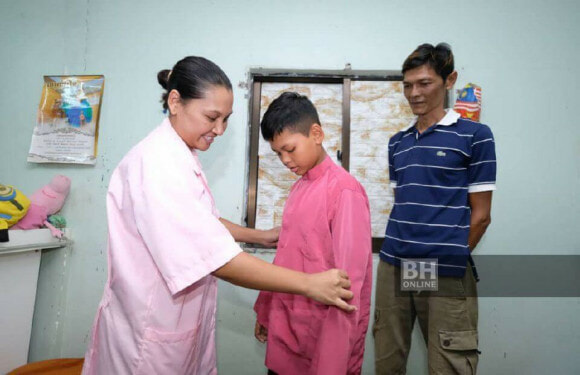 What makes their story even more amazing is that Firdaus converted to Islam of his own will in March last year (2018). Lim said,

“I did not object to Firdaus embracing Islam. As a father, I give him full support and encouragement.”

“Although his daily activities are packed, I still want him to allocate some time to deepen his understanding about Islam. I allow him to make friends and study Islam with his adopted family.”

Lim then shared that Firdaus had shown interest in Islam since he was seven years old, and he would always score an A in his Pendidikan Islam. Thus, Lim and his wife brought him to the Kubang Pasu District Islamic religious office to fulfil his wish to convert to Islam.

“I had no objections at all. In fact, I permitted him to convert to Islam because he showed deep interest in the religion,” explained Lim.

As for Firdaus, his second year of fasting during the Ramadan month is nothing but pure joy. Mainly because he has a lot of fun as he goes about fulfilling his duties – like performing the solat sunat tarawih in the mosque or in a surau with his friends – as a Muslim. 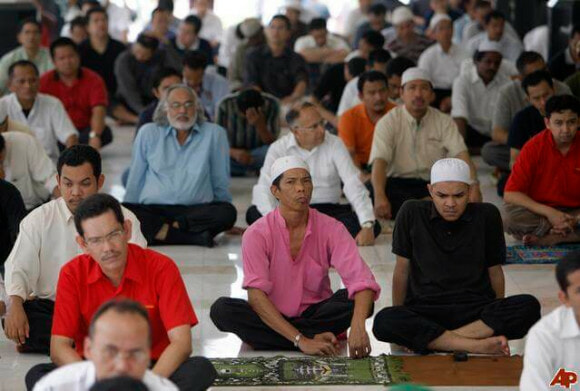 The young boy shared that his favourite activity is going to the Ramadan bazaar with his father after the KAFA class. He said that his go-to food in the bazaar is usually roasted chicken. Having said that, the 12-year-old is quite aware that one will face a lot of ups and downs when practising the Islamic faith.

Nevertheless, Firdaus explained that after he converted, he found the answers to the existential questions that had been on his mind for the longest time. Besides that, Firdaus also enjoys listening to Prophet Muhammad’s stories.

He noted that Islamic teachings give him peace and tranquillity. On top of that, the act of fasting during the Ramadan month teaches him patience.

When asked about his ability to read the Al-Quran, Firdaus said that he’s already moving to iqra tig, and he can already memorise verses during prayer.

During his free time, which is usually on weekends, Firdaus will spend some time with his 63-year-old adopted grandpa, Aziz Isa, to learn more about the religion. Firdaus learns how to pray (solat berjemaah) from Aziz, who lives in Pulau Timbal. He shared,

“Many people care about me, including my teachers who are always willing to help me. The school has even bought me a new pair of baju raya.”

Firdaus and Lim have such a beautiful relationship, don’t you think? We hope that they continue to stay loving towards each other. We also urge everyone to take a page out of their book and learn to love everyone, regardless of race or religion. 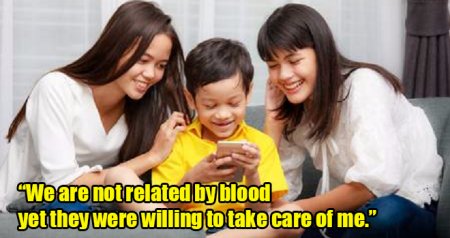