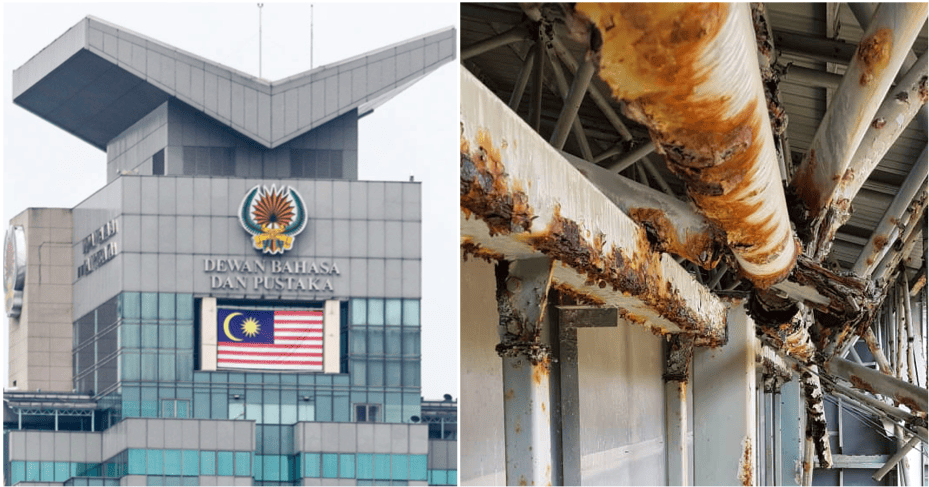 The Dewan Bahasa dan Pustaka (DBP) Tower has been a landmark of the city for almost 20 years. The book statue crowning the tower is a well-known symbol among those who live around Klang Valley and the neighbouring states.

Recently, a notice by DBP informing everyone that Jabatan Kerja Raya (JKR) will be demolishing the book replica has gone viral. The much-maligned process has already begun from 12 July to 17 November 2019. 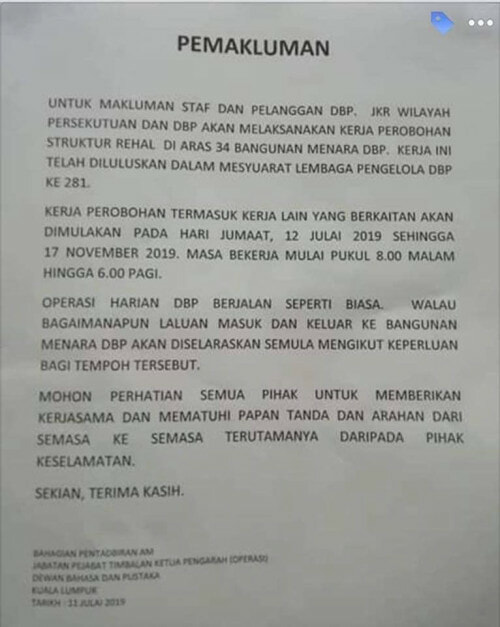 This notice has prompted netizens to react angrily, some assuming that the decision was influenced by political parties while others accused the move of being informed Islamophobic sentiments as the replica also looks like a Rehal, a Quran book stand. 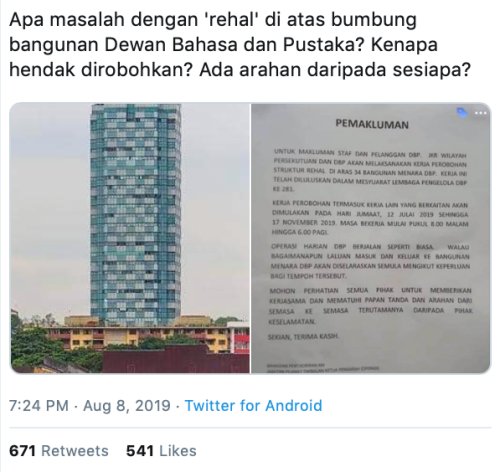 The Director of DBP, Abang Sallehuddin Abang Shokeran, told Malaysiakini that the statue has to be demolished for safety reasons. Although it will change the look of the tower, it is something that must be done. He explained,

“It is a 20-year-old building. There’s a lot of maintennce required. The replacement of the replica will be decided in the future.”

A Twitter user by the name of Amirul Radzi also shared pictures of the condition inside the structure after he made a routine inspection on it. From the images that he shared, it can be seen that the columns, beams, and scaffolding are already rusty. They can no longer support the structure and could collapse at any time, putting the people around the building in danger. 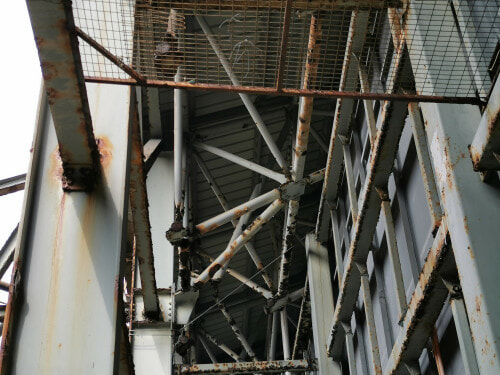 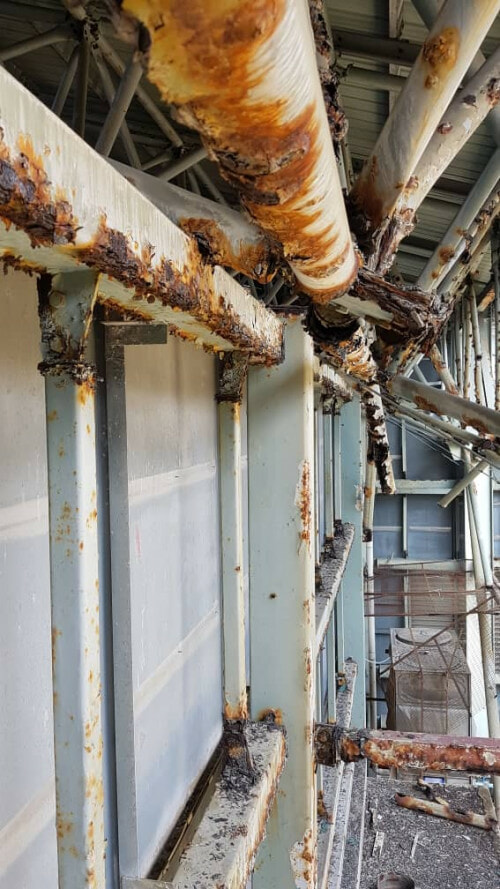 What we can learn from this misunderstanding is that we should not merely make our own assumptions without any concrete proof. It is easy just to throw accusations and make the situation worse. Let’s try to be the better person in every situation and seek the real reason behind every decision and incident. 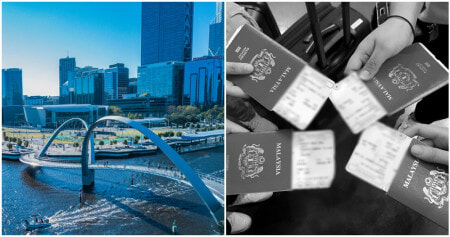