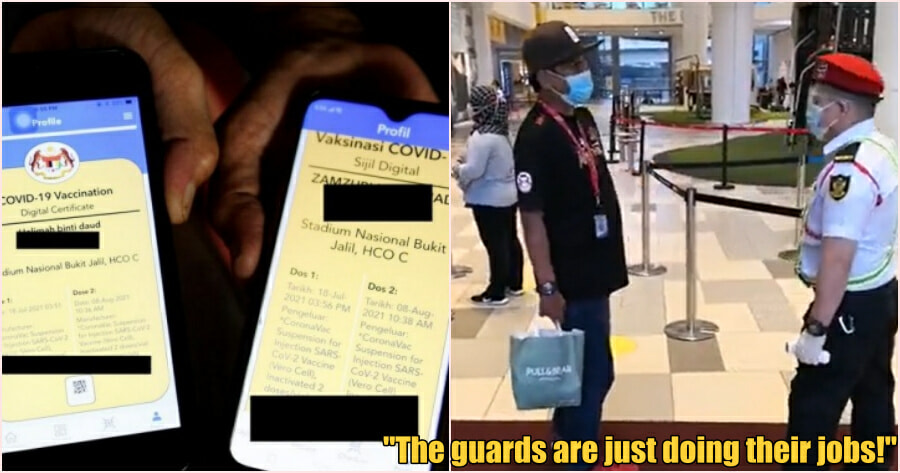 “He didn’t want to show his vaccination status and incessantly asked if the guard was fully vaccinated. And then he walked in just like that.”

Shopping malls and centres are often Malaysians’ favourite spots to hang out in. Now, with the huge influx of shoppers who have returned to shopping malls as restrictions ease up, a number of shopping malls now require their visitors to show their digital vaccination certificates prior to entering the premises for health and safety reasons.

Unfortunately, there are still those who have openly refused to comply with the simple instructions and some are even behaving rudely and disrespectfully to the staff in charge, particularly the security guards who guard the entrances.

A case in point is a video which was posted by Twitter user @runwitme on 25 September. The video featured a shopping mall visitor who refused to show his vaccination status at an IKEA branch located in Klang Valley.

The video showed a man clad in a black Muay Thai T-shirt, jeans and a cap strolling past the security guard into the mall entrance even after being confronted by the guard.

The tweet read, “A customer harassing an IKEA Malaysia security guard yesterday (Friday, 24 September). He didn’t want to show his vaccination status and incessantly asked if the guard is fully vaccinated. And then he walked in just like that. So rude.” 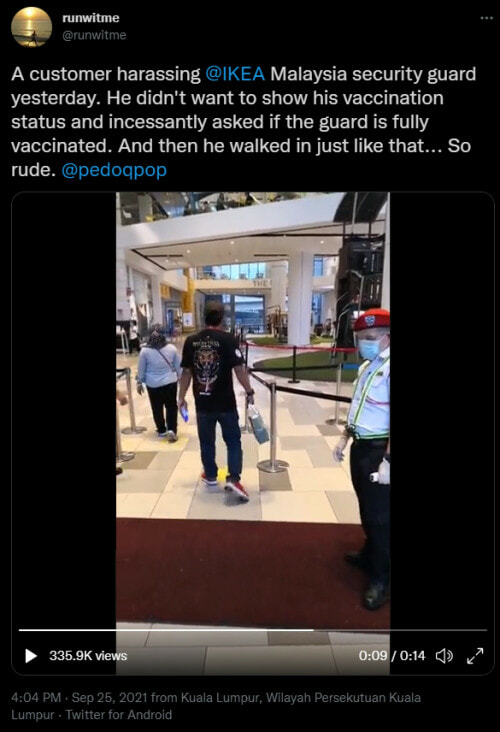 From the video, the security guard can be seen and heard trying to ask the male visitor to show his digital certificate on his MySejahtera app. However, he was disrespectfully questioned by the man in response. The man even asked whether the security guard had been fully vaccinated. 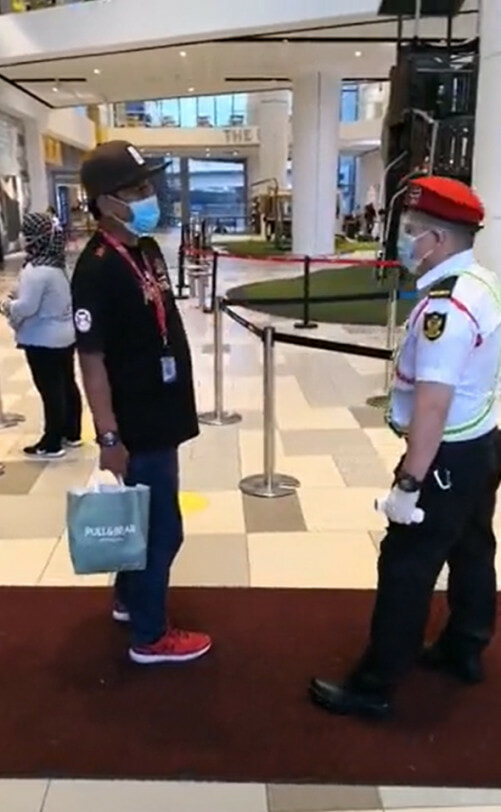 The Twitter post which has garnered plenty of attention on the platform currently sits on with over 5,000 likes, 9,000 shares and more than 339,000 views at the time of writing. The comments were filled with netizens who condemned the actions of the man such as acting disrespectfully towards the guard and refusing to show his digital vaccine certificate.

Apart from calling for the authorities to take stern action against him, some Twitter users also claimed that the male shopping mall visitor is an anti-vaxxer. 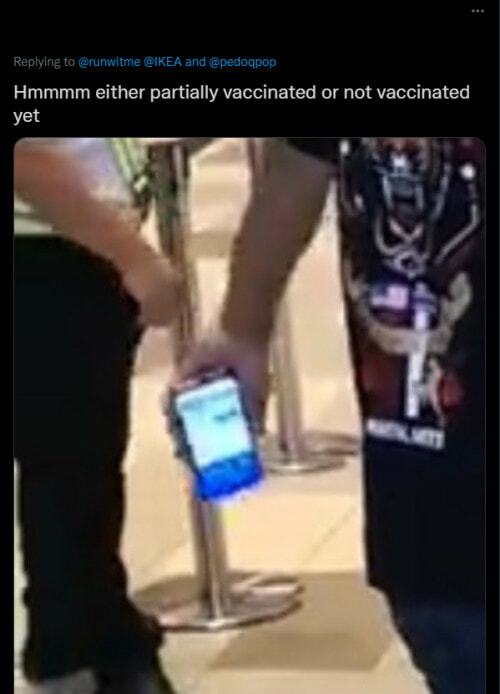 One netizen said, “Hahaha must be an anti-vaxxer. Before this, they said that they don’t care if they can’t enter IKEA and malls as life goes on. In the end, they do want to enter and try to enter just like people who have gotten their vaccine.”

Meanwhile, some other users also shared their similar experiences in encountering such customers.

One user said, “I’ve encountered a customer who raised their voice at me and said that I was making things difficult. But when the police came they automatically obliged.”

Another said, “The same thing happened when I was at McDonald’s the other day. I pity the worker who was tasked at the entrance as he was just quiet when the male customer was expressing his anger. The staff asked politely as it was part of his job, why are you so scared to show it I don’t even know.”

We hope that the authorities will take the required action against the man. Let’s be more respectful to the staff and security guards of stores and malls as they are simply doing their job. 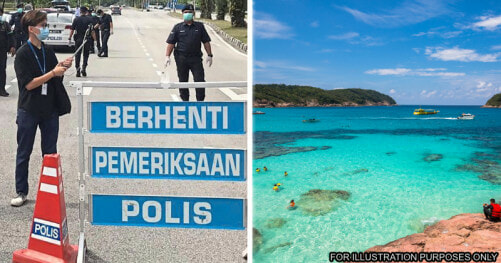