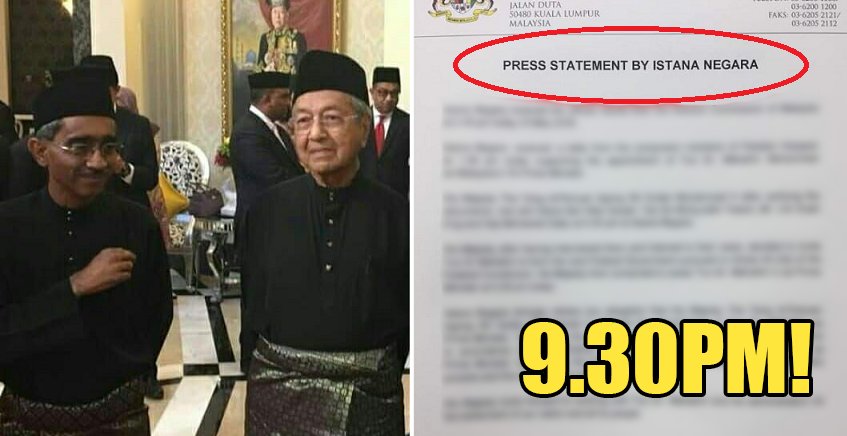 The latest update sees our National Palace issuing a confirmation (like finally) that the people’s chosen leader, Dr. Mahathir will finally be sworn in as our country’s 7th Prime Minister!

In a press statement released by the National Palace, it states the the Palace strongly denies that the King had delayed the appointment of Dr Mahathir as Prime Minister. In fact, the statement clarifies that the King strongly supports, and respects the democratic process and wishes of his subjects.

The statement also mentions that the King has been exercising his duty by listening to the views of Datuk Seri Wan Azizah, Tan Sri Muhyuddin Yassin, Mr. Lim Guan Eng, and Haji Mohamad Sabu at 5pm earlier about Dr. M.

Upon listening to their views, the King made his verdict to swear in Dr. M as Malaysia’s next Prime Minister.

Here’s the press statement below: So, remember to stay tune at 9.30pm later for the big day! We can NOT be anymore excited!

Also read: BREAKING: Dr. Mahathir to be Sworn in as Prime Minister at 9.30PM Today 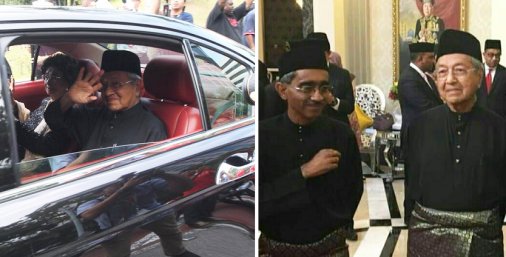