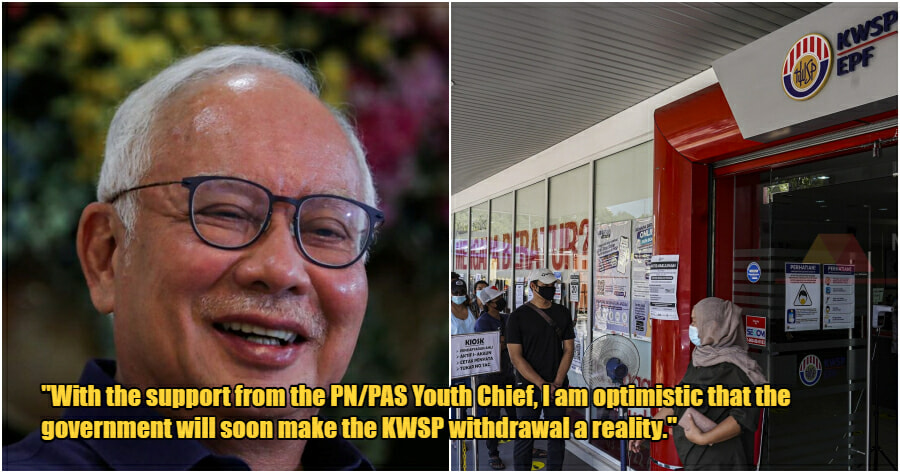 Some people, especially the ones affected by the pandemic and flood disasters have been putting up hopes that KWSP withdrawals will be allowed once again. However, there are no words if another withdrawal will be permitted anytime soon due to the long term consequences.

Just this morning (16 February), former Prime Minister, Dato Seri Najib Razak has urged the government to greenlight KWSP withdrawals for one last time in order to ease the burdens off of their shoulder. 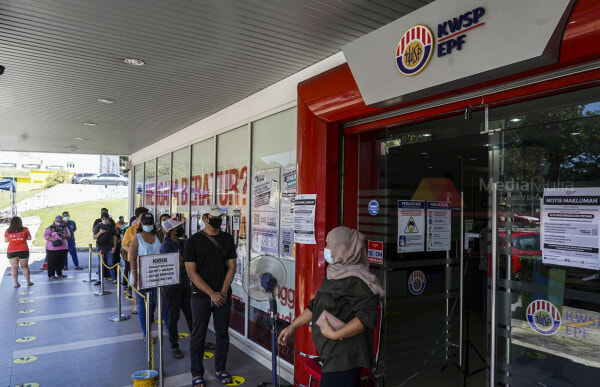 In a Facebook post of his, he said that the best time for another withdrawal from the retirement savings would be following the payment of 2021 KWSP’s dividend are made to the contributors, which is before the Raya celebration.

“With the supports from the youth Chief of PN/PAS yesterday, I am optimistic that the government will soon make the KWSP withdrawal a reality,” Najib said.

In the meantime, Najib also acknowledged that the Malaysian stock market has been affected by the politics and a few months of “half-baked” MCO, which had left our country as one of the worst-performing stock markets in the world. The foreign stock market, on the other hand, performed outstandingly and even recorded the highest trading several times.

He also made a comparison between our stock market and the ones in the US & UK, where he explained the reason for the EPF’s excellent return performance last year. 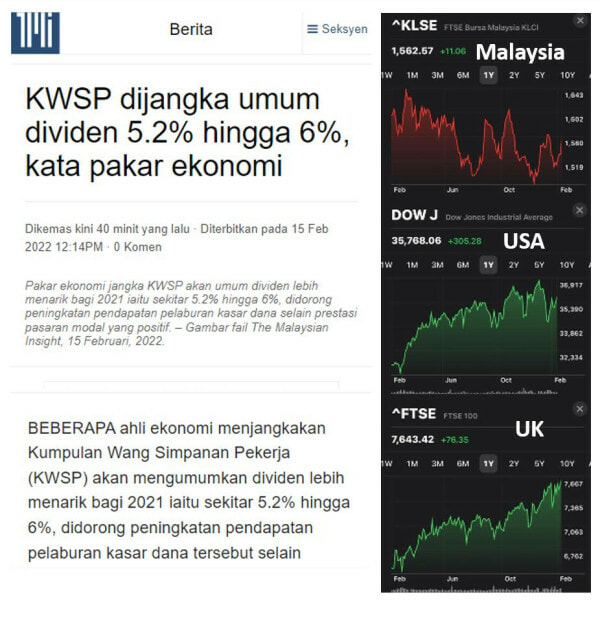 “This year’s payout is still relatively low compared to 6.9 % in 2017 when prior to the 14th general election, but the prediction for this year’s dividend is between 5.2 % till 6 %, which is still considered good,” he explained.

Netizens have expressed their gratitude for the former PM’s efforts in voicing out the matter which may help the affected rakyat. 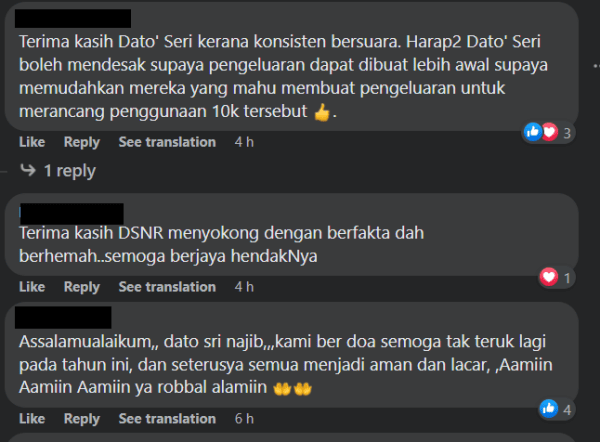 “Thank you Dato Seri. Hopefully, they will be pushed further so that the withdrawals can be made earlier to ease the needy ones.”

“Thank you for supporting with facts and manners. Good luck.”

“We pray that things will not get uglier this year and hopefully things are smooth sailing from here.”

Do you think that KWSP withdrawals should be allowed for one last time? 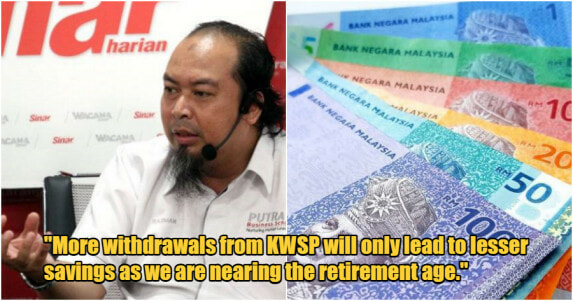