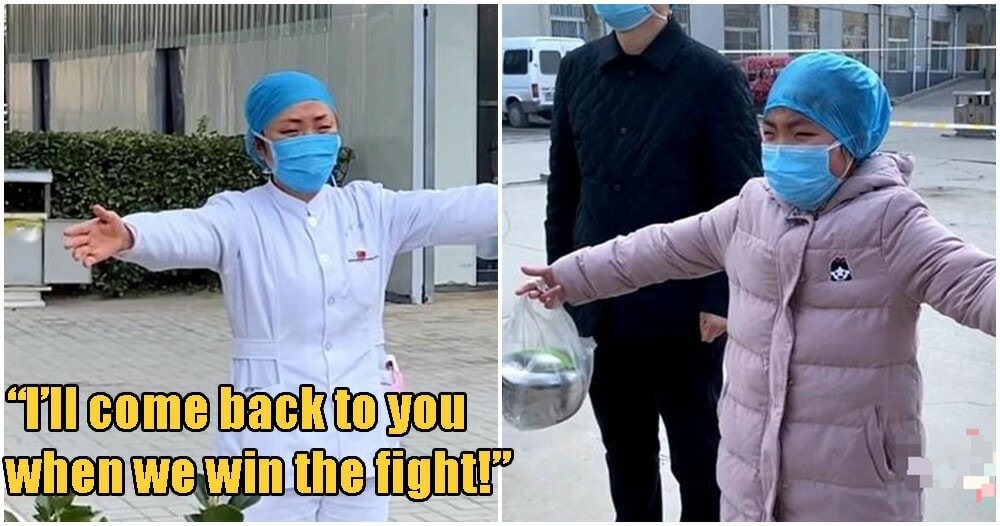 Many of you have heard of how hard it’s been on doctors and medical staff in China who work tirelessly day and night to ensure that the infected Wuhan patients receive the treatment they need. A majority of these real-life heroes barely have time to catch a quick rest in between attending to patients, much less going back home to see their families.

Recently, a heartbreaking video of a 9-year-old girl tearfully “air hugging” her mother who works as a frontline nurse in Fugou County, Henan Province garnered attention from netizens online. The nurse, who is known as Liu Haiyan, reportedly hadn’t returned home for a whole week since the first day of Chinese New Year, following reports from Sin Chew Daily.

On 31st January 2020, Liu’s husband made his wife her favourite dumplings and brought their 9-year-old daughter to the hospital to visit her. But because of how dangerously infectious the new coronavirus is, Liu couldn’t even come forward to give her daughter a hug. 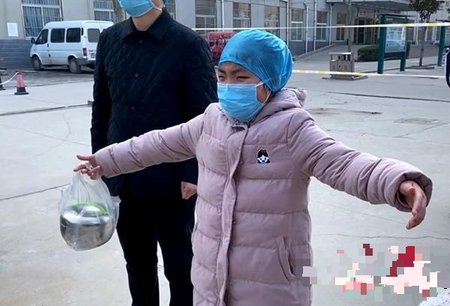 The devastated daughter placed Liu’s dumplings on the ground and burst out in tears at the sight of her mother who was so close yet so far from her. She cried out, “Mum, I miss you a lot.” The mother and daughter pair proceeded to share an air hug over the space in between them as onlookers watched the saddening scene before them.

Liu tried to comfort her daughter by forcing a smile, “Be good! Mum is fighting monsters! I’ll be back once the virus is defeated. I’ll come back to be with you when we win the fight!” She waved at them while holding back tears, shooting one last glance at her family before picking up the dumplings and rushing back to work. 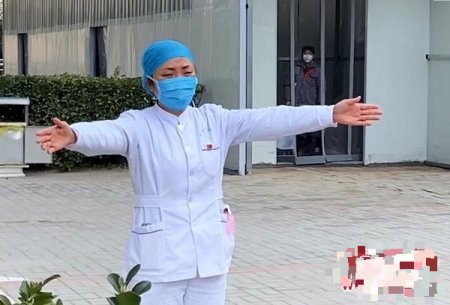 Liu’s husband, Cheng, said their daughter had been thinking about her mother every day since she left. They wanted to prepare a special meal for the medical workers since they already planned to visit Liu that day.

Let’s continue to support these real-life heroes as they fight for us and their families! Hopefully, they’ll be reunited with their loved ones soon.

Also read: Watch: Woman Cries in Train as She Couldn’t Buy Mask, Conductor Comforts Her & Gives Her One 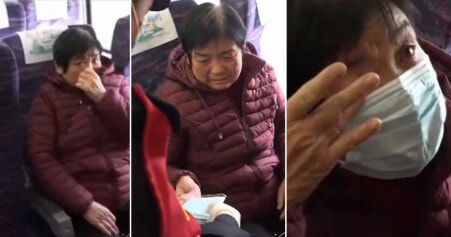