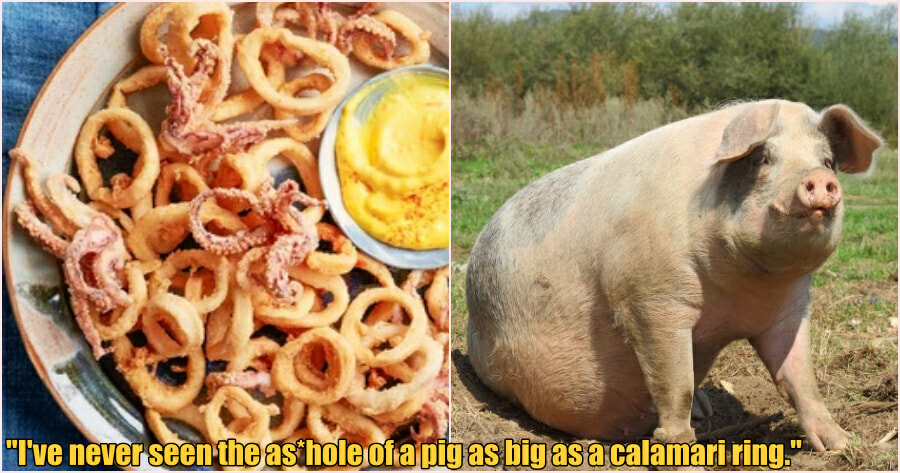 The emergence of the Covid-19 pandemic has led to an increase in the number of fake news being spread on social media. It is normally done by antivaxxers to promote their propaganda against the virus or the vaccine.

However, other types of fake news have also been making its rounds on social media. One that recently went viral was an allegation that calamari squid rings were actually made of pig anus. Yes, you heard that right.

Twitter user @qeels88 shared a screenshot of a WhatsApp message that was sent to her mother.

“What kind of nonsense information are you guys sharing to my mum,” she said.

The message is a picture of a bag of frozen calamari squid rings with a halal logo on it. It reads, “Wanted to share some information, this is actually pigs anus, it looks like squid but the rings are big and white.”

“If it’s really squid, it would have some spots on it. Worried that you’d end up buying it. It costs RM7.90 per kg in Perlis and RM11 in KL.”

“They put it in a plastic bag so I don’t dare to buy it, they’re even that smart that they put the halal logo on it,” read the message.

Others received the same message

Qeel’s tweet has amassed over 7,194 likes and 5,033 shares. Plenty of netizens shared that their mothers also received the same message.

“Hahaha, we also received the same message and we have explained and countered it back,” c0mmented one user. 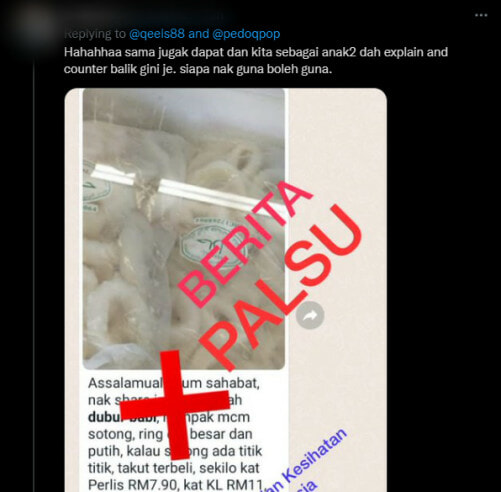 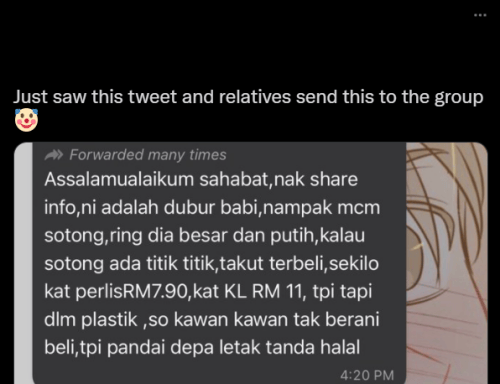 Another netizen commented, “It also entered my family group. As per usual, my younger sibling countered the arguments.” 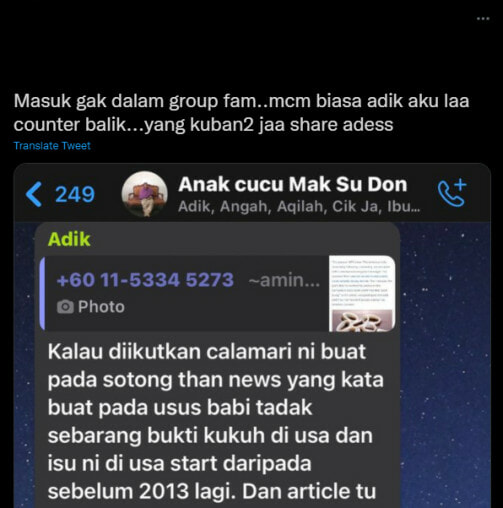 Meanwhile, a number of people went on to give reasons why it wouldn’t be true. “Even the Chinese community have complained that the prices of pork is getting more expensive,” said a user. 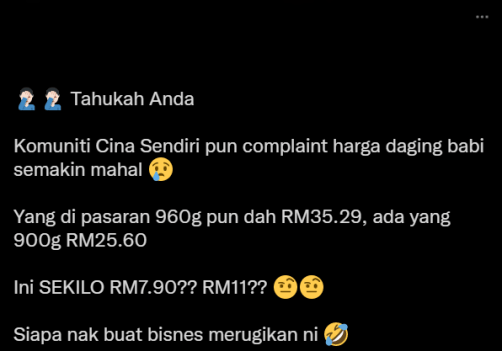 “I’ve never heard of people eating pig’s as*hole before. But if you’re doubtful then don’t eat it. More for everyone else,” commented a netizen.

Meanwhile, a converted Iban said, “I’ve never seen the as*hole of a pig as big as a calamari ring.”

Also read: “It’s not from us” – BERNAMA Debunks Viral Photo of Dog Which Was Painted to Look Like a Tiger 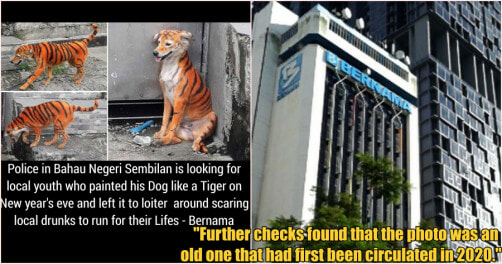