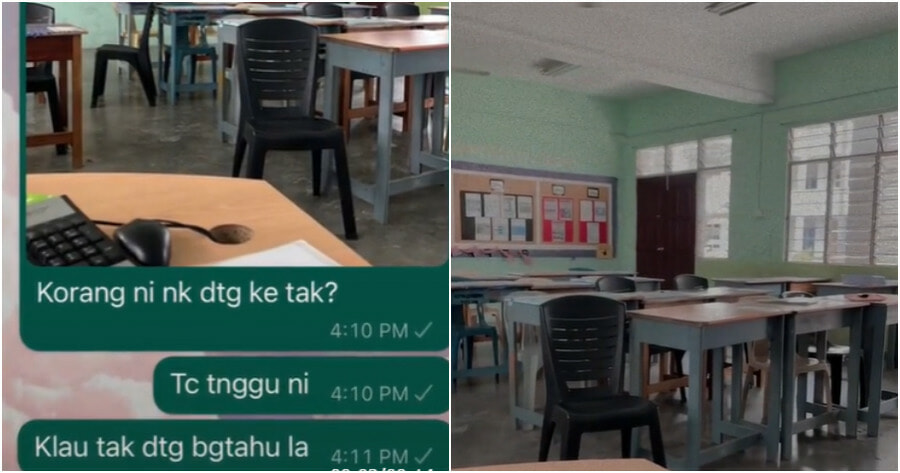 “A teacher’s job is to take a bunch of live wires and see that they are all well-grounded.” – Darwin D. Martin

Upon entering a classroom, a teacher carries a heavy duty to make sure the students are equipped with the necessary knowledge that will someday, hopefully, make them better people. It’s almost impossible for a teacher to have never experienced truancy in the classroom, but what happens when the entire classroom of students are missing in action?

On her TikTok account, a secondary school teacher in Malaysia shared that she recently had to spend her time waiting on her students for additional classes after school, only for ALL of them to bail on her. In the screenshot of the conversation, At 2:37 pm, the teacher reminded the students to bring the necessary items for the additional class that was slated to begin at 4 pm. 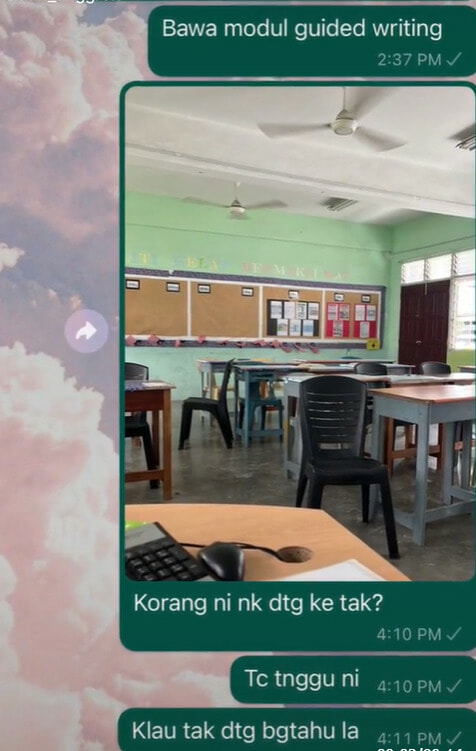 However, no one responded, but that did not stop her from entering the classroom.

10 minutes after the class was supposed to commence, none showed up. She took an image of the empty classroom and updated the WhatsApp group with the students, and asked if anyone was going to attend. She figured that no one would show up, so she sent another message to the group.

“At least let me know if you’re not coming. Don’t waste my time.” 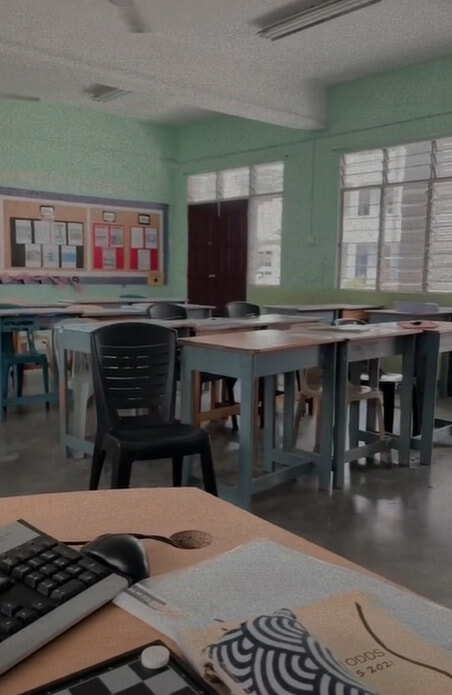 In another video, the teacher took the opportunity the answer some questions from the netizens and clarified the scheduling of the additional class – 4 pm to 5 pm.

She revealed that the schedule was arranged by the management of the school itself after taking into consideration the pros and cons, and she has no right to amend the fixed schedule.

Here’s what happened after the students bailed on her

In the same video, the teacher revealed that throughout her waiting time, only ONE student was present, but not for long.

“The student was apparently tricked by his classmates into attending the classes, who told him that they would catch up soon.”

The student, however, told the teacher that he was going to call his friends, but he then “escaped” and skipped the class instead. You can listen to the full explanation below.

Replying to @u dk me

Additional classes in the evening can be tiresome and as former students, we definitely understand that. But tiredness or demotivation, and regardless of the reasons, is never a valid excuse to skip classes without informing the educator. Hopefully, the teacher will never have to experience the same matter again in the future.

Also read: Students in KL Visit Their Teacher at Her Grave After The End of SPM Papers To Thank Her