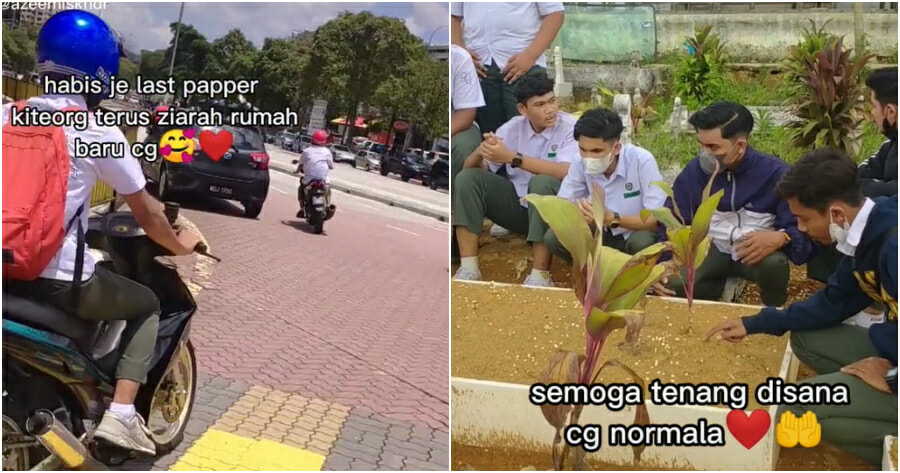 The end of examinations in high school is certainly one of the most significant highlights in our lives. Some think it’s a cause for celebration, while others think it’s a preparation to step into the next level of their education.

However, a group of students in Cheras recently decided to “celebrate” the end of their SPM papers in a different way. Soon after the end of the examination, they immediately visited one of their teachers to thank her for her efforts and contributions. But the token of appreciation is not shown in the way you may have on your mind. 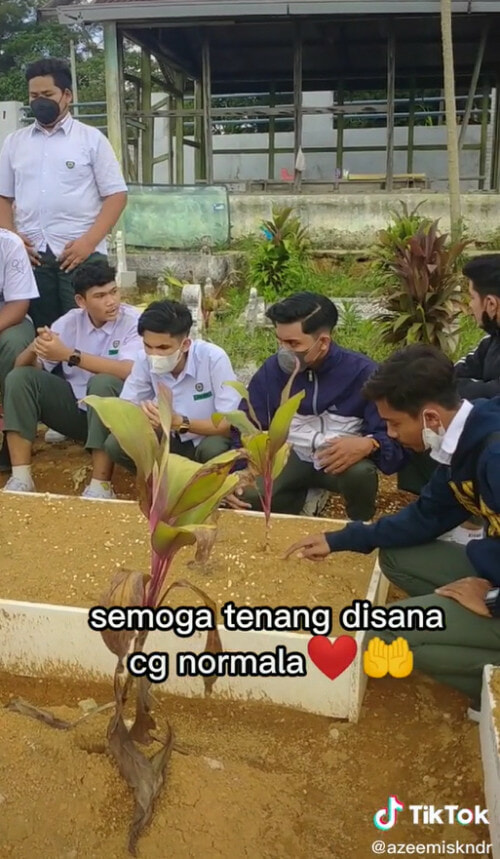 “We visited our teacher in her new home once we were done with our papers,” he said in the caption.

It is then revealed that they have visited the cemetery where their teacher was laid to rest and thanked her while also praying for her.

WORLD OF BUZZ reached out to the student and it is revealed that Cikgu Normala passed away last month on 25 February. The student, who is from SMK Seri Tasik in KL said that the late teacher was a kind-hearted person during her lifetime and some of the students even visited the graveyard during the day of the burial.

During her lifetime, Cikgu Normala was the senior teacher for Science in SMKST. The cause of death, however, was not revealed.

Their decision to thank Cikgu Normala by visiting her grave after the end of their papers is certainly heartwarming and admirable. Without teachers, we would be left with no knowledge and their efforts as educators should be appreciated and remembered at all times. 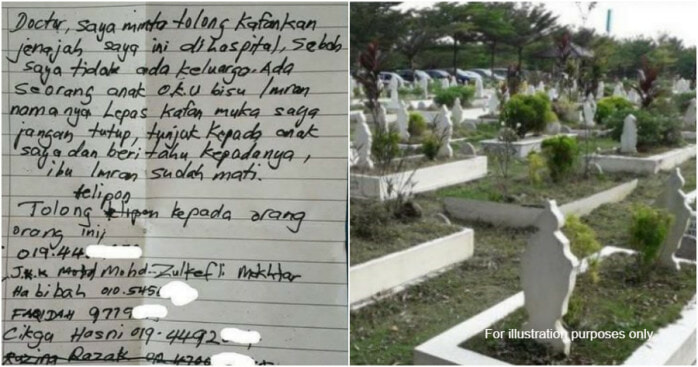