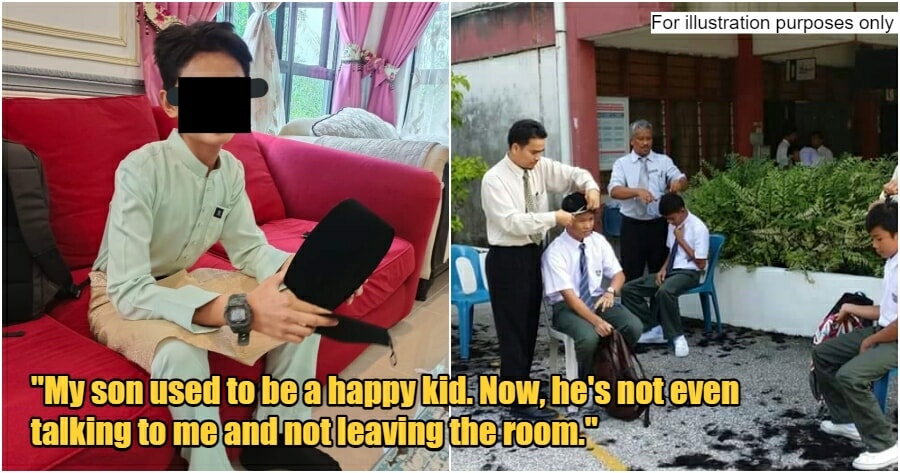 Random spot checks on the hair of the students in primary & secondary schools are 1 of the most dreaded “roadblocks” that we had to go through in the past.

Up until today, students are still expected to endure a similar phenomenon. But it seems that not all parents are happy with it.

Recently, in a now-deleted Facebook page, a mother expressed her disappointment towards the teacher who gave her son a haircut as a punishment. 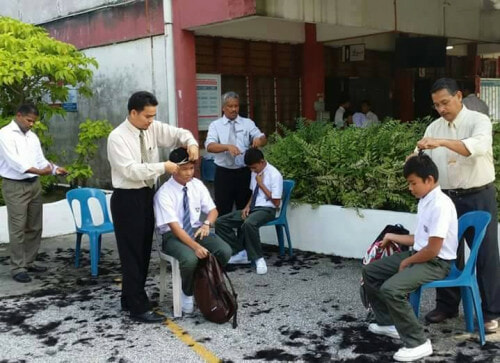 In the post, the mother shared a couple of images of her son which were taken during Raya, before the haircut punishment took place. She explained that ever since the punishment, her son has been quiet unlike his usual self.

“He used to be a happy kid and now he’s not saying a word,” she said. 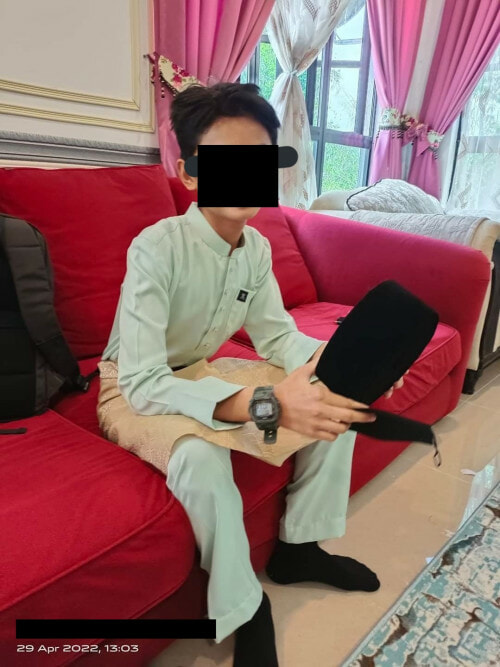 The mother went on to explain how obedient her son, who is a school prefect has always been.

“He helped me a lot at home and he’s someone disciplined at school, always abide by the rules. He is also a loving brother.”

The haircut at school, however, changed things. Now, he’s depressed and feeling down to the extent where he’s not leaving the room to eat, except to get up and shower.

“The only way to fix the damage on his hair is to go completely bald,” she said.

The mother also said that her son was allegedly the only one to have his hair cut and that his hair has always been like that since the commencement of the school semester.

The haircut also caused her son to hide in the toilet cubicles before he eventually decided to walk home with his damaged hair.

When asked why he returned home, his mother said that he did not respond but instead, covered his face and cried.

“I always tell my kids about respect. But I can’t believe the teacher disrespected him.”

Give him back his dignity!

She continued her post by highlighting the sadness to see the changes in the emotions of his son. “Son, mommy miss the old you,” she added.

The mother later sent a message to the discipline teacher who was responsible for cutting the hair of her son.

“Please give him back his dignity as a school prefect. Give him back the spirit that he had lost.”

Do you think that haircut punishments are still relevant to get students to abide by the rules? Have you ever experienced getting your haircut in the past during random spot checks?

Also read: Former Basikal Lajak Rider Who Is Now Wheelchair-Bound Reminds Teens To Avoid This Bike At All Costs 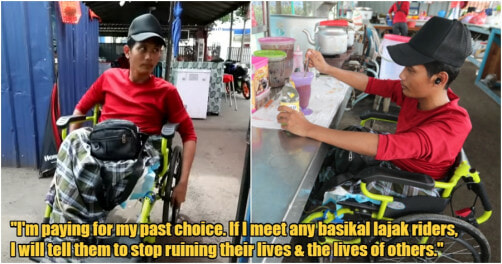