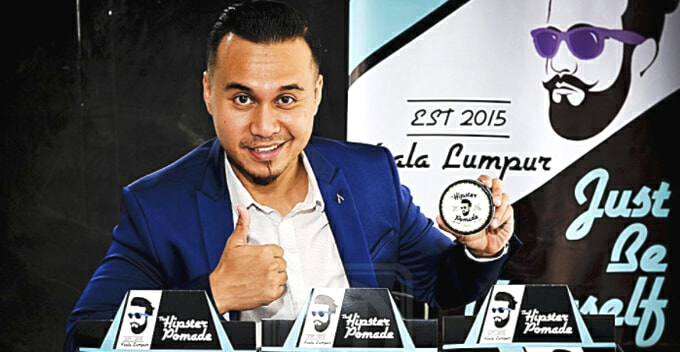 This Malaysian man’s inspiring story proves that what you studied in university doesn’t have to dictate your career path.

Guys, meet 29-year-old Amir Syakireen Ramli, a successful entrepreneur who majored in geology but became a self-made millionaire by coming up with his own line of hair grooming products for men called Hipster Pomade. 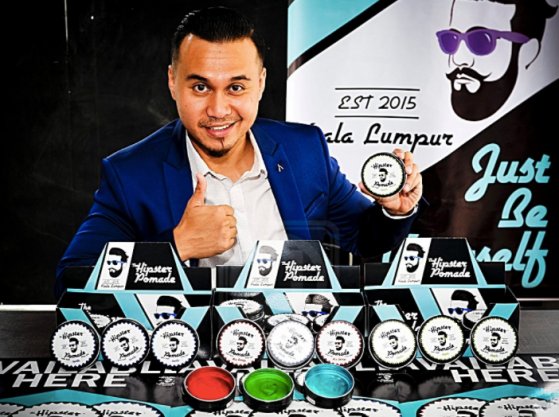 “Before I ventured into this field, I was a geologist at a famous oil and gas company for five years.

“As such, I was always overseas for a long time and my child once cried because she couldn’t recognise me anymore.”

Desperate to be with his loved ones, Amir, who graduated from the University of Canterbury, decided to switch his career path, which led him to entrepreneurship.

It all started in 2015 when his cousin brought a pomade back to their kampung during Hari Raya. At his first use, Amir instantly fell in love with it and found it extremely fascinating. 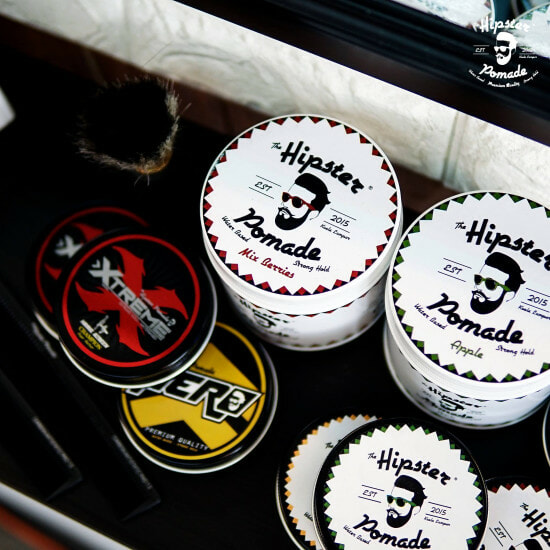 “From there, I vowed to find the best ever water-based formula so that it’s easy for Muslims to carry along when performing prayers, and also cheaper than other brands in the market.

“Using the money I’ve saved from work, I invested RM15,000 to kickstart the product and even registered with the Ministry of Health,” Amir said.

He did his research and learnt about the ingredients. After acquiring the formula used in Europe, he employed a local factory’s service to produce the first batch of pomade.

“This is how I managed to reduce the price to only RM35 for 100 grams. I didn’t expect to receive such an overwhelming response from customers!” 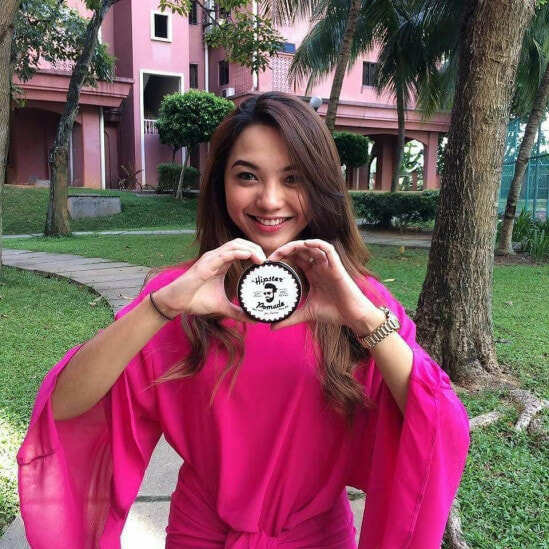 That’s how Hipster Pomade was founded, and within a year, this Malaysian-made brand soared to the top and became the most popular pomade in Malaysia!

Just one year after its inception, Pomade Hipster already has over 15 stockists and 1,200 agents nationwide, and the numbers are climbing, fast!

When the company was still at its infant stage, Amir had to do everything by himself, from taking orders online to acquiring the stocks.

To build up the brand awareness of Hipster Pomade, he strategically bought billboards along highways at 27 different locations.

All his hard work and perseverance finally bore fruit. Now, he moves over 50,000 tins of Hipster Pomade per month and they can be acquired at pharmacies. 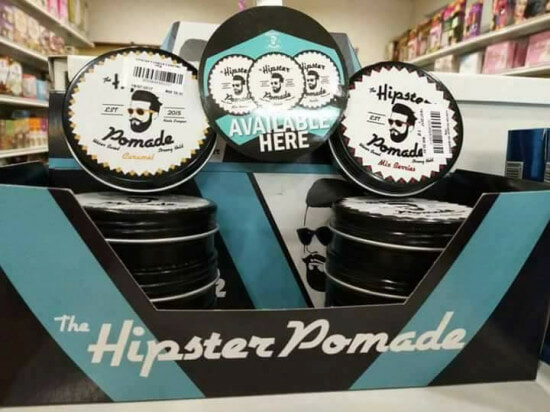 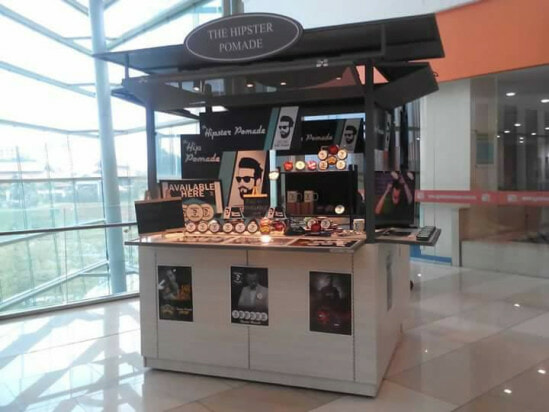 Despite his major success, Amir kept on hustling to come up with better and newer products. He even came up with his own merchandise and accessories!

All the sleepless nights and sacrifices finally paid off when Amir was awarded with the ‘Anugerah Personaliti Industri & Usahawan Malaysia 2017’ title in April. Congrats, man!

So guys, don’t be afraid to venture into a field that has nothing to do with what you studied for your degree, because life is full of opportunities and possibilities! You just have to be brave enough to try!

Also read: These M’sians are Only SPM Graduates But They’re Making Up to RM30,000 a Month! 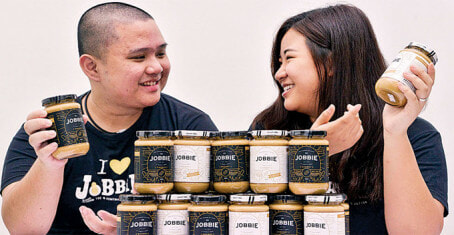