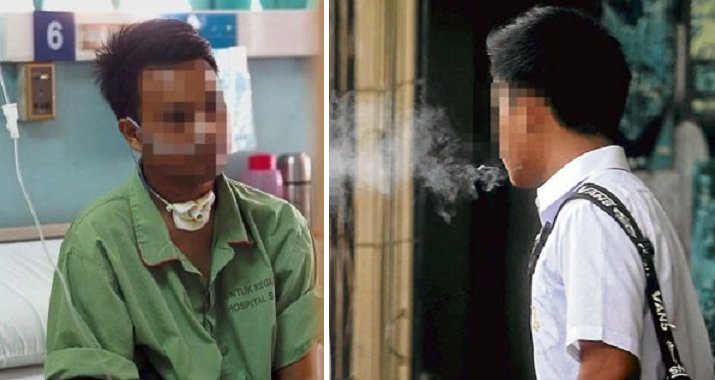 Smoking is such a normal issue among youngsters these days because somehow, they are all able to purchase those ‘cancer sticks’.

Even though Malaysia’s law forbids anyone under 18 to be smoking or to purchase cigarettes, many smokers start as young as 13 years old.

The most unfortunate thing is, during our teenage years, we are still trying to figure out what’s right and wrong. More often than not, we overlook certain consequences to our actions.

For example, smoking will lead to many serious health problems.

One person who had to learn things the hard way was Muhammad Faid. He started smoking at the age of 17 and would consume up to five sticks a day with his friends, The Star reported.

Now, at the young age of 24, he is one of the youngest patients to have been diagnosed with oral cancer!

For most people his age, they are fresh graduates who are about to venture into work life. However, Faid won’t be able to lead this path as he is busy fighting for his life in Hospital Kuala Lumpur (HKL).

The third-year university student, who majors in education, is currently going through chemotherapy.

It all began in 2016, according to Faid’s mother. Anita, 52, told the press that he first developed an ulcer on the left side of his tongue.

It didn’t hurt at all. So, like most youngsters today, he just ignored it. Of course, the ulcer never went away. Finally, in November, a biopsy revealed that the lump was actually cancerous. 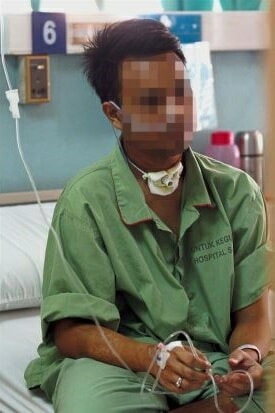 He suffered a lot of bleeding, including a cavity in his tongue.

It was only Stage 1 cancer when they first found out. By February 2017, the cancer progressed to Stage 2 and in May, it turned into Stage 3.

It got so bad that the doctors had to remove three-quarters of his tongue on May 17. Then, to reconstruct Faid’s tongue, they had to use a skin graft from his thigh.

Without his tongue and going through such pain, the young man could barely speak, let alone eat of drink anything.

He has to receive food through a tube, water from IV drips, and breathes through a tube inserted into his trachea. Thankfully, after the skin graft, Faid has been able to talk a little bit more.

Of course, the doctors did not tie smoking in as a direct cause of oral cancer. However, they mentioned that it is the most common correlation. Almost everyone with oral cancer were smokers.

Cancer is such a silent yet deadly killer. That’s because we don’t always notice the signs and symptoms as they are more often than not, an internal issue.

According to WebMD, we should always be aware of these symptoms as they could be early warning signs of cancer:

If you have any of these problems, do inform your doctor so they can examine the symptoms accordingly. These symptoms don’t always pin to cancer only, but they shouldn’t be taken lightly either as it is just as important to get them checked to be safe. 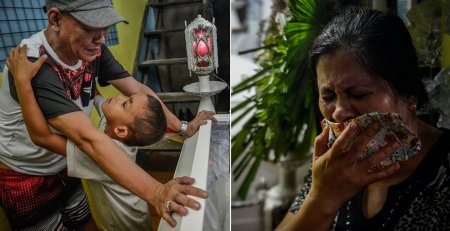