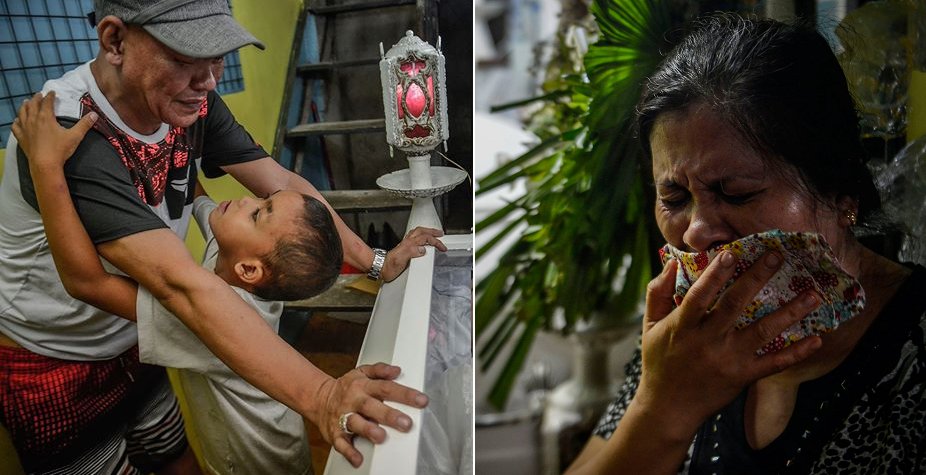 By now, everyone must be familiar with the Philippine’s president, Duterte and his extreme combat against drug pushers and users in the country.

He has given the police power to shoot anyone who is suspected to be a user/pusher and supposedly retaliates.

However, with this kind of huge power given to the authorities, there’s been many stories going around about the police officers abusing this power of their and ending up killing innocent lives. One recent post on Facebook written by user Ezra Acayan depicted the heartbreaking story of a 17-year-old who was allegedly wrongly killed by the police.

“Kian Lloyd Delos Santos had just closed shop for the night when police in plainclothes shot him dead in what they say was a legitimate police operation. According to police, Kian ran when he saw the officers approaching. He pulled out a gun and opened fire at the cops, who retaliated. Police say Kian was a drug runner.

But witnesses that night say Kian was unarmed, and was beaten badly.

Security footage then saw Kian being dragged away by police to a dark lot.

“Ito and baril, iputok mo tapos tumakbo ka” (Take this gun, fire it and run), a witness overheard the police. He was then executed.

Kian’s father Saldy cries that Kian was not involved in drugs. He was not on the drug watchlist. He sold candy to pay for his studies. He dreamed of becoming a cop.

Kian’s mother Lorenza mentions how her son was hooked on the crime drama series ‘Narcos’. Tasked to do a school drama on the show, Kian told his classmates he didn’t want to play Pablo Escobar. He instead wanted to play agent Steve Murphy or Javier Peña—one of the good guys.

At age 17, Kian’s life ends—and there is absolutely nothing we can do to bring Kian and countless others back to life. It is all too late. The streets will forever be tainted with the blood of our loved ones—and more blood will spill if we remain silent.

Lorenza weeps idly next to the coffin of her son. 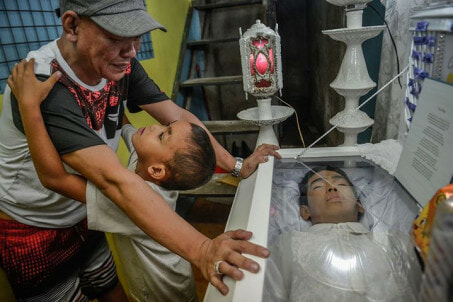 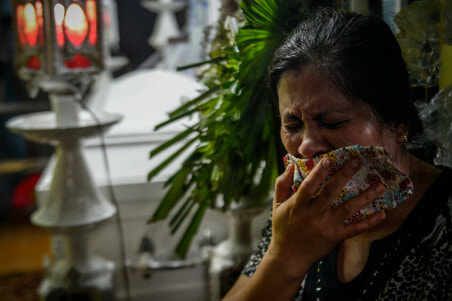 Also read: President of Philippines Tells Public and Police to Kill Any Suspected Drugs Users; 300 Killed in One Month 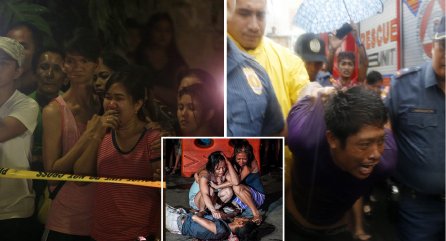