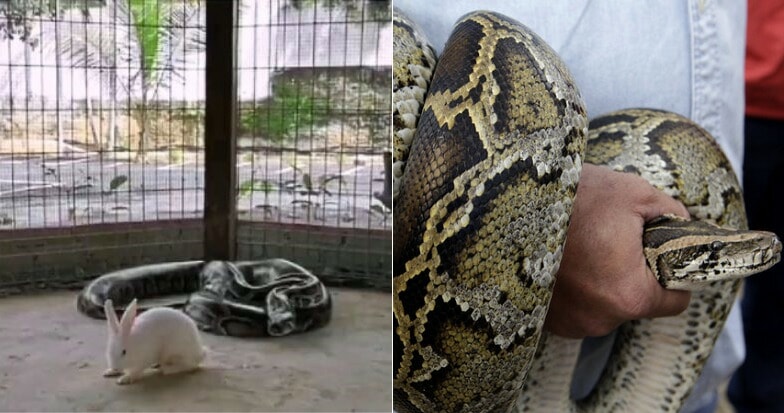 A netizen recently voiced out that a video of a python feeding on a live rabbit shouldn’t have been posted on Instagram for entertainment purposes. Malaysia Animal Association president, Arie Dwi Andika said the video clip, which was uploaded by a vacation resort, was distasteful and borderline cruel, reported The Star.

The one-minute video showed the snake coiling around an adult rabbit to devour it, and least to say, the video didn’t fare well amongst netizens as well as NGOs (non-governmental organisations).

Following that, The Star ran a check on the resort’s IG account, and they found that the owner of the clip didn’t think that their video is wrong. In fact, they debated that the video clip was no different from an animal documentary that you’d normally see on television. Do you agree with him?

Arie argued back by stating that animals that we see in the documentaries are typically in their natural habitat. Thus, they are able to roam free and fight or flee if they ever face a predator. 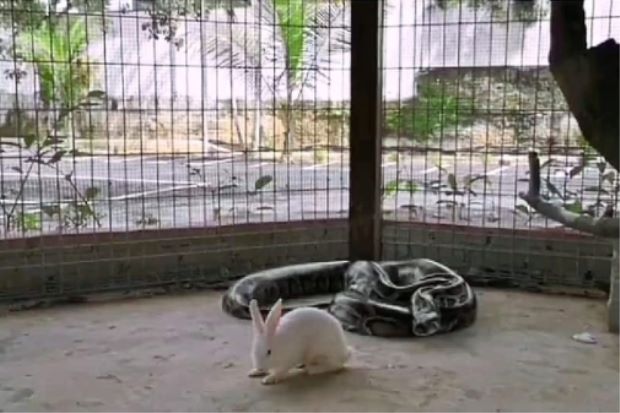 Arie made this argument based on his concern that the public will no longer be sensitive towards the suffering of animals. Not only that, but he feels that the video can also encourage other resorts to use similar methods for entertainment purposes.

On top of that, Arie said that anyone who wants to display wildlife to the public must have a licence and the IG post is supposed to be “an exhibit”.

On the other hand, The Star contacted the resort manager to get his side of the story, and he said that the Burmese python is a wild catch, which is why it has to eat live rabbits.

He elaborated that there were two types of snakes – wild catch and captive breed – and they take their food differently. Therefore, the 80kg Burmese python named Ratnasari doesn’t eat frozen or dead meat, unlike the other captive breed snakes. 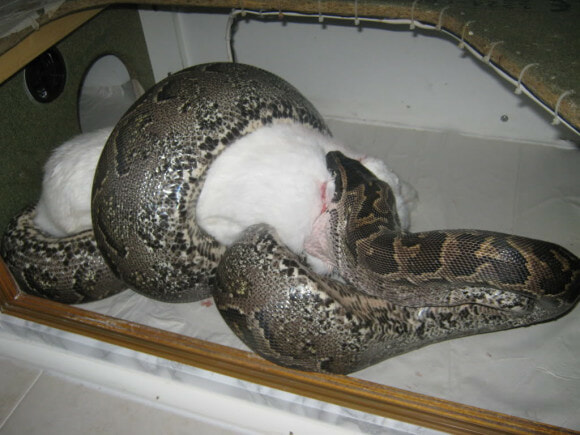 The resort manager revealed that Ratnasari eats every once two weeks and it will eat five live rabbits. He further said that once in a month, Ratnasari will be fed a small live goat to make sure that she gets enough protein. On a different matter, the resort manager claimed that he has a licence to keep wildlife in captivity. He then continued,

“We only uploaded the clip for educational purposes. It is just natural for a snake to feed on a live rabbit.”

Nevertheless, Arie was still firm with his opinion and said that there’s nothing natural about a wild snake in captivity. Arie finally said,

“There is nothing natural about a wild snake being held in captivity while being fed a live rabbit it does not need to hunt for.” 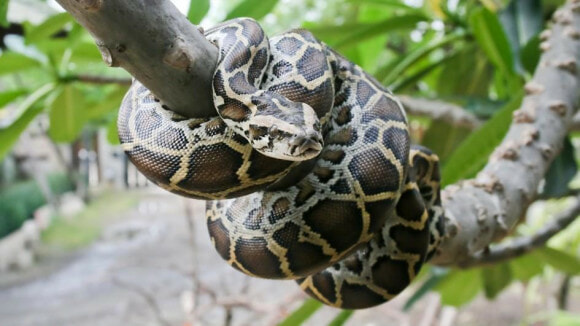 On that note, Selangor Wildlife and National Parks Department (Perhilitan) director Abd Rahim Othman said to The Star that there are no laws against posting videos of wild animals feeding on other animals. Hmm…do you think that they should have some kind of regulation?

What’s your take on the issue? Fire away in the comments below! 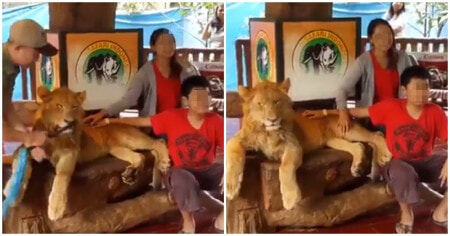