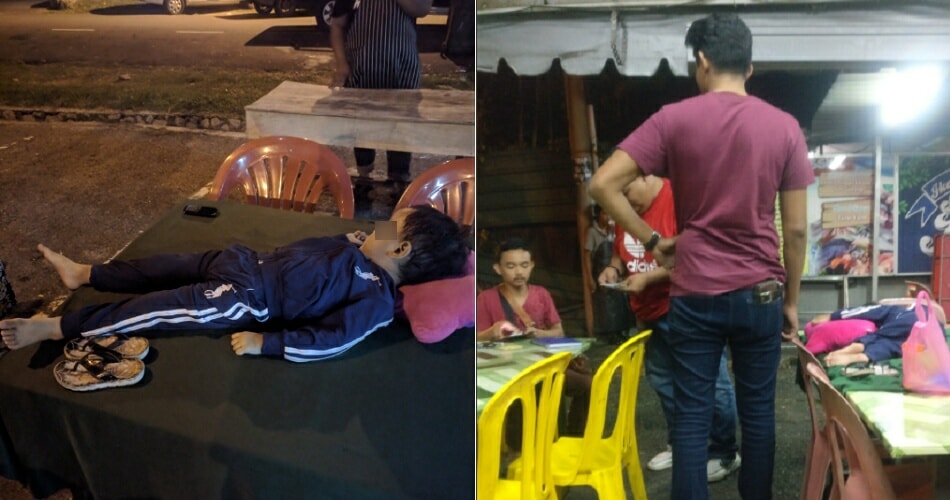 The internet is surely a place full of peculiar stories!

Last Sunday (26 August 2018), a story of a kid being forgotten by his parents in Alai, Melaka, went viral over the internet, according to Berita Harian.

Photos of a tired boy passed out on a table were shared on Twitter with the caption: “Breaking! After having a hearty ikan bakar meal, a family left behind their child who is asleep on the table!” 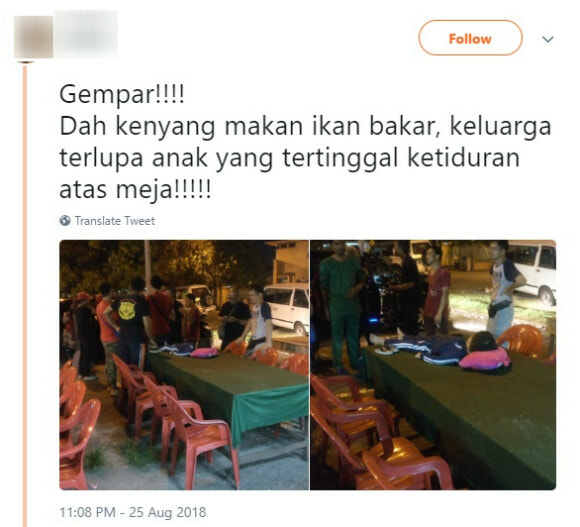 Well, isn’t that an unlikely situation.

According to the report, the kid was found by a toy store owner at 9.30pm and he then handed the boy over to the ikan bakar restaurant owner to search his parents.

“My dad and mum had gone back,” uttered the three-year-old.

The ikan bakar restaurant owner, Irsyad Hadi Zainal shared that upon seeing the child’s tears, he carried that little boy all around the restaurant to search for his parents.

Irsyad is a man with a heart of gold!

“I have many customers, so I don’t know which customer this child belongs to. After a while into the search, the boy tiredly slept off.”

Ah, the search must have taken a toll on the poor boy. 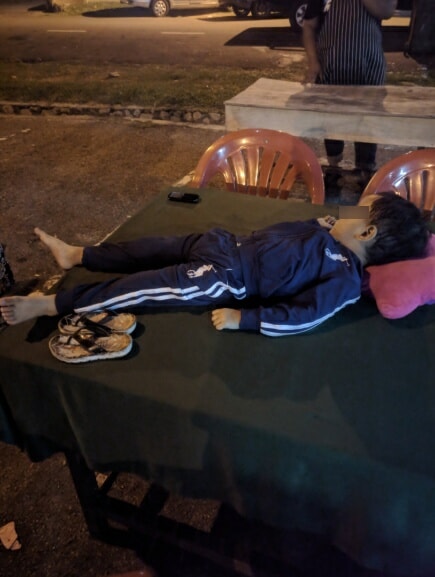 “I almost made a police report because no one came to take him home but two hours later, I received a call from a man claiming to be his father.”

He also shared that before the incident took place, a family of at least 30 people, including the boy’s parents, ate seafood at his restaurant. That’s one large family! 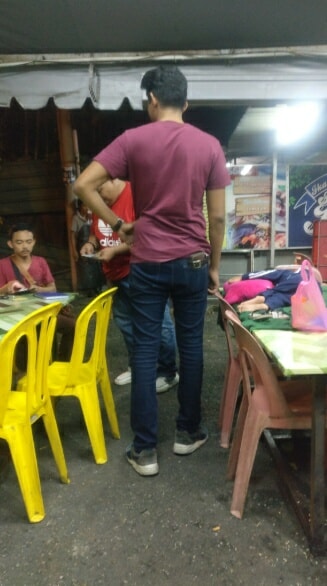 Irsyad then added that the child’s father, who’s in his late 30s, finally picked up his child at around 12am. Thank goodness!

“As a precaution, I took the identification card (IC) number of the man who claimed to be his father.”

” Ever since I started my business 18 years ago, this is the first time I have come across a situation like this. I didn’t expect that this will gain so much attention after a customer made it viral on social media,” he explained. 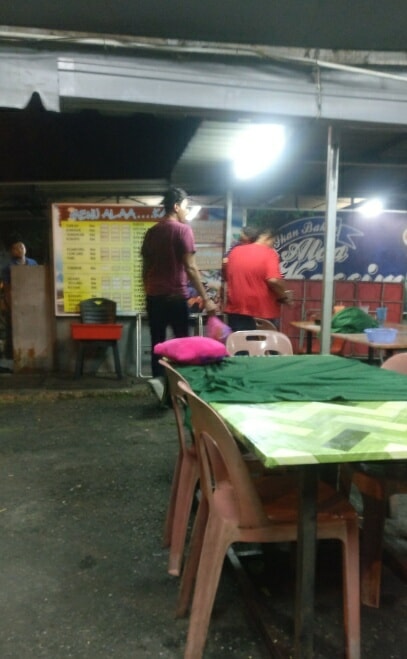 All in all, it’s great that the boy is back with his parents and kudos to Irsyad for being a responsible Malaysian.

To parents with young kids: please take care of your children, especially in public places, because we wouldn’t want anything undesirable to happen to the children.

Take care and be vigilant, guys!

Also read: 10yo Girl Arrested After Parents Brought Her Along to Illegal Gambling Den in Rawang 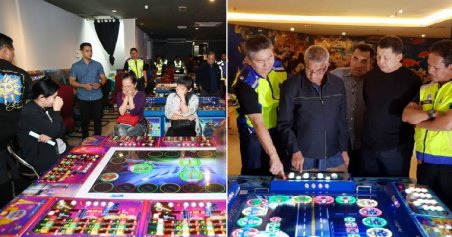