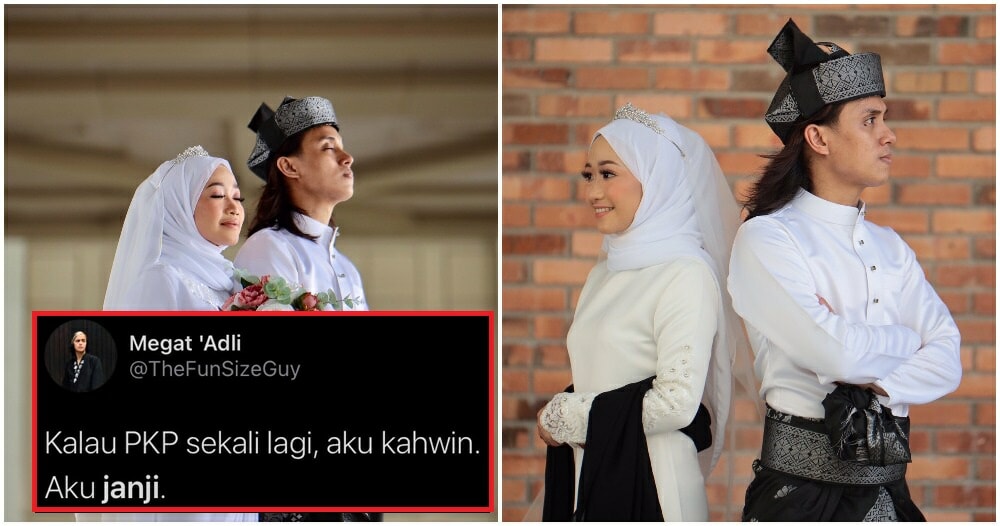 We stan a man who keeps his word!

Due to the Movement Control Order 2.0, most social events had to be postponed including weddings. However, some Malaysians have gone ahead with their weddings, albeit in a much simpler manner, and only with their closest family members.

One of the couples that got married during the MCO is Twitter user (@TheFunSizeGuy) Megat’ Adli but honestly, it seemed like Megat didn’t really have a choice BUT to get married during this period due to a simple tweet he made. On 27 September 2020, Megat tweeted that if there was another MCO, he would get married. 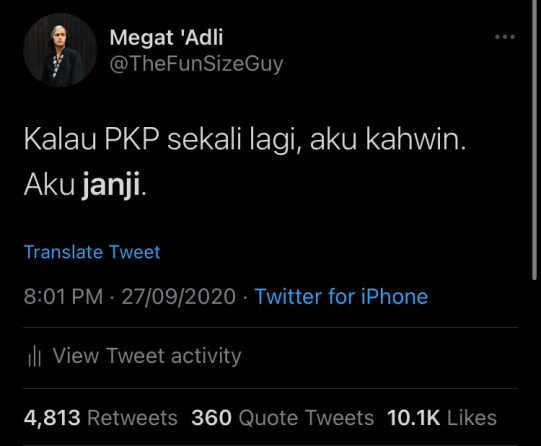 “If the MCO extends again, I’ll get married. I promise!”

True enough, Megat and his fiancee got married yesterday (18 February). Speaking to World of Buzz, Megat said his wedding had been planned earlier and was due to happen in January but unfortunately the MCO occurred and they had to postpone everything to 18 February with just a marriage event. The reception had to be postponed until further notice. 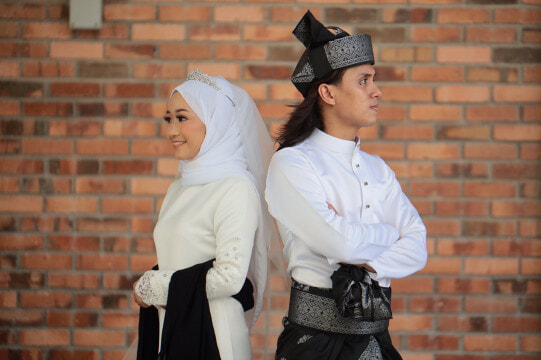 Megat said that fortunately, the wedding was exactly what he wanted, just in a different setting. At first, they were a little disappointed as everything had to be postponed for three weeks and a lot of uncertainty happened during this period as well with them making multiple calls to confirm the SOPs.

“But I never wanted anything too fancy or grand for my marriage and it went somehow just how i wanted, simple and beautiful. With very few special people around and in peace.”

Despite the MCO causing hassle to a lot of us, it’s heartwarming to see at least some Malaysians have benefitted from it in some sort of way. Well, I’m currently wondering how many MCOs it will take for me to get married.

Also read: M’sian Couple Have Wedding ‘Banquet’ At KFC As All Shops Were Closed During MCO 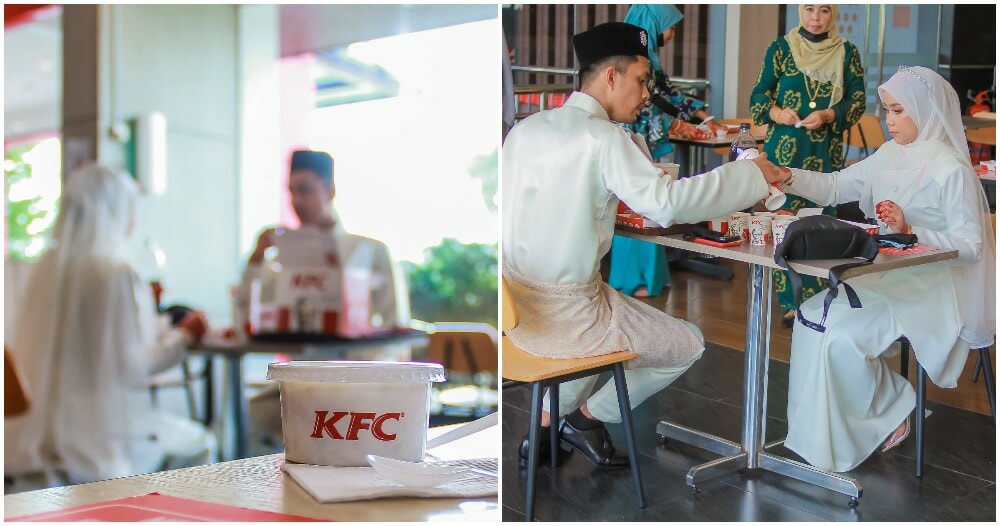