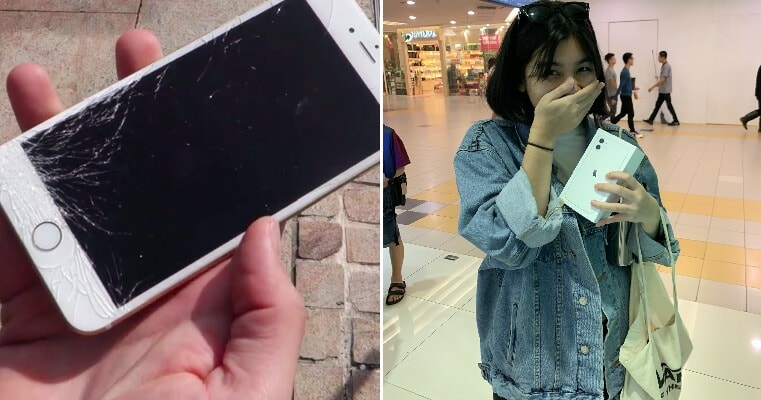 Wah, where to find friends like these wei? Dropping or damaging your phone can be very painful, as new phones don’t come cheap these days. However, when this Malaysia girl dropped her phone and the screen cracked, she actually got a new iPhone from her best friend!

The girl shared her story on Twitter and it went viral on social media. She wrote, “(My) phone cracked and I got a new one immediately. Thank you, I owe you a lot.” Apparently, the incident happened when she was at the One Utama shopping mall walking around on November 3rd when her iPhone 6 slipped out of her hand and landed on the floor. When she picked it up, she saw that the screen was badly cracked.

She messaged her best guy friend to lament about her bad luck as her phone could not function well after the drop. To her surprise, he asked her where was her location and asked her to wait for him. Not long after that, the guy arrived in One Utama and gave her a brand new iPhone 11 as her old phone was already damaged. 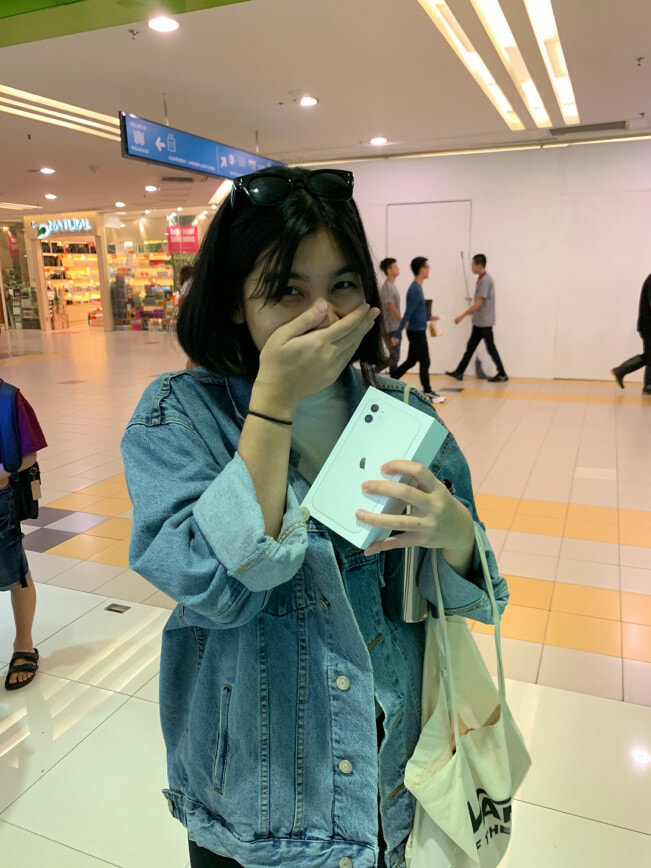 She told mStar that she was shocked and touched by her best friend’s gesture as she really did not expect him to buy a new phone. She added that he had forced her to take the gift, and she had no choice but to agree. The girl said, “We are old friends who have been through a lot together so we are very close.”

Netizens were envious that she had such a good friend with many of them saying that they wanted to be friends with the guy as well. A few of them thought he was her boyfriend at first but she confirmed that they were only good friends.

Dang, that’s cool! I need generous friends like these too leh!

Also read: M’sian Man Surprises Wife By Buying NINE iPhones So She Can Pick Her Favourite 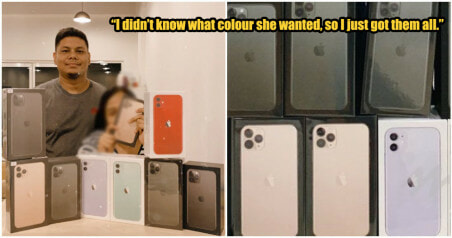