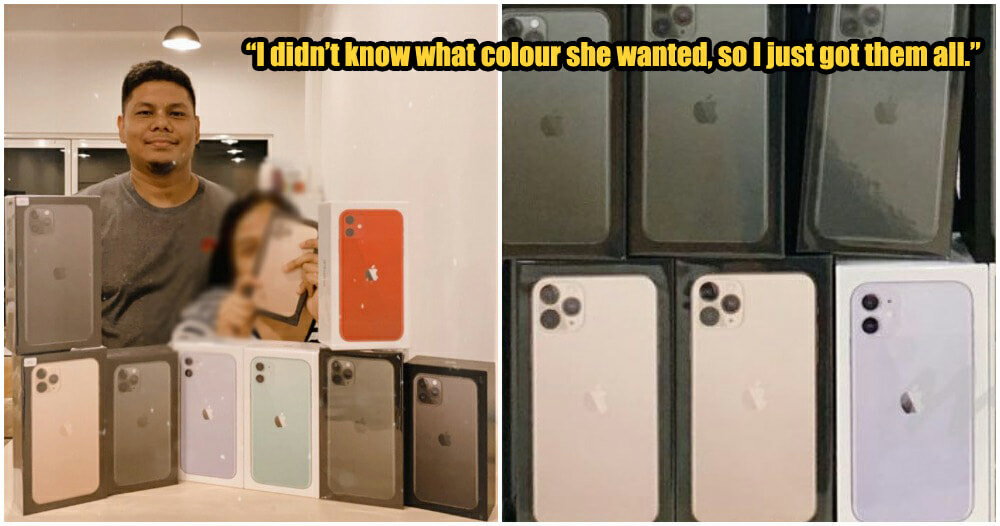 While material possessions may not be everything, you can’t deny that getting something nice never fails to make you feel better. A new phone, new clothes, new shoes, there’s a reason why retail therapy is a huge pick-me-up when you’re down. It’s also the best when you get a nice gift from a person. A free hugs coupon is cute and all, but imagine a new iPhone instead.

Speaking of iPhones, this guy went out of his way to show his love to his wife.

Twitter user @exploreasyraf posted a picture of him surprising his wife with iPhones. Yeah, you read that right, he meant more than one. In fact, it was not one, not two, but NINE iPhones! 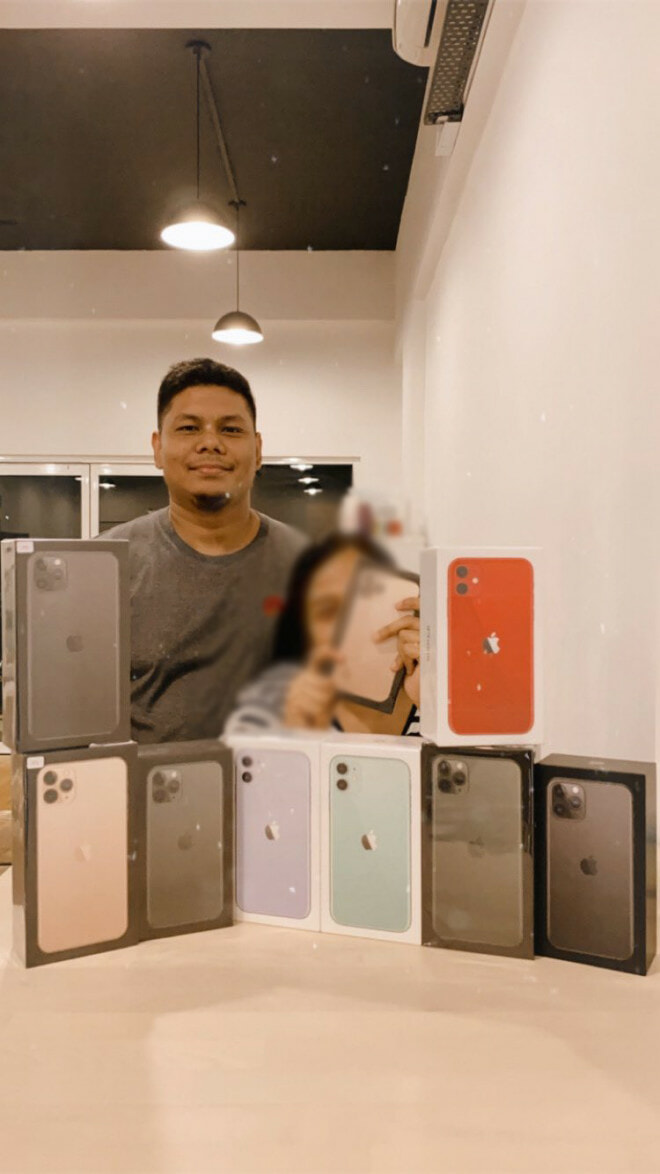 “I wanted to surprise my wife with a new iPhone but didn’t know which one she likes so I just bought whatever they had. This way, when I surprise her, she can just choose whatever she wants. I love you so much, you’ve been with me through thick and thin all these years. Also, she ended up picking gold.”

Wow, first of all, the love of this guy for his wife is TOO DAMN HIGH! Secondly, I’m just here like….

Muhammad Asyraf told mStar that he’s a iPhone seller, but contrary to what everyone on Twitter is saying, he bought all those iPhones using his own hard-earned money and this wasn’t just an “act” for him to sell more iPhones.

He also added that he has bought gifts like these every year since 2013 as he believes it’s extremely important to keep his wife happy – which he learnt from his parents, uncles and friends. Netizens obviously had a field day with his post with most comments expressing disbelief that he actually bought all those iPhones.

However, Asyraf did add that the phones were bought one by one according to stock availability since September, and he intends to sell the unchosen iPhones.

To those of y’all who are bitter and in disbelief, just accept it and move on. We hope Asyraf and his wife stay happy and sweet and continue showering each other with awesome gifts. To Asyraf, hmu if all those iPhones get too heavy, I wouldn’t mind lending a helping hand. 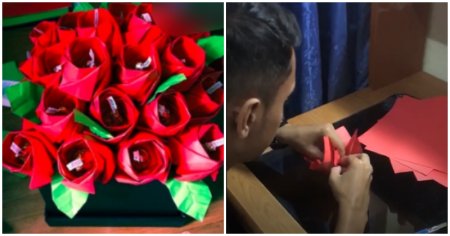