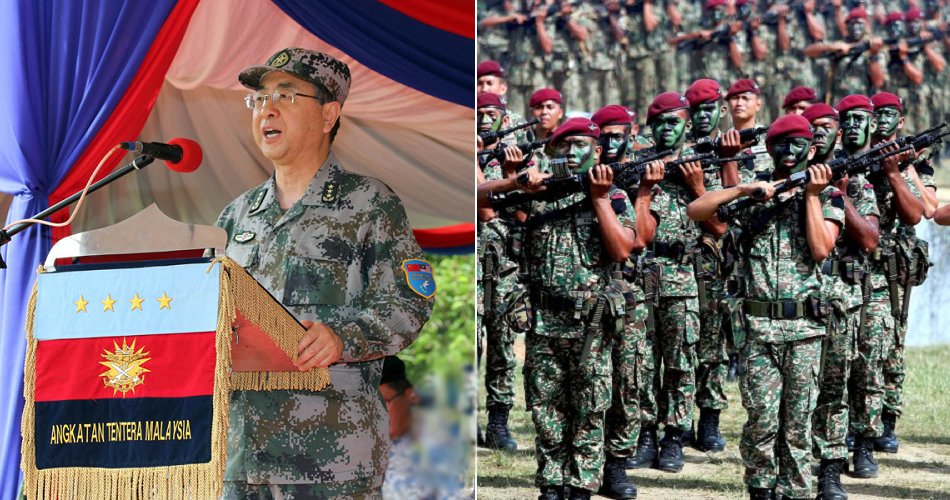 Embellishing a speech with a pantun has been a norm in Malaysia but a recent circular by the Malaysian army (Angkatan Tentera Malaysia, ATM) has decreed that the MCs (Master of Ceremonies) for their events aren’t allowed to incorporate pantuns into their speeches.

The circular was shared by Dr Rais Yatim via his twitter handle and he asked if the Malay community have forgotten their culture because ATM has prohibited the use of pantun in speeches during their official events.

The circular stated that the move was a unanimous decision after a meeting with the Commander of the Armed Forces (Panglima Angkatan Tentera, PAT). The circular is as shown below: 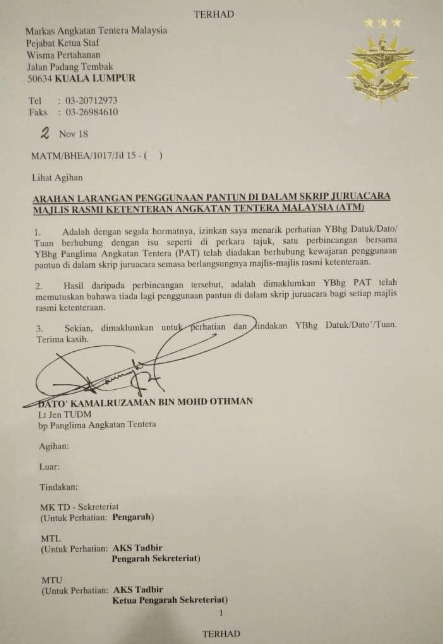 After it went viral, netizens were outraged and shared their two cents on the matter. One person said that warriors have also used pantuns in the past, so there’s no need to be so strict and uptight just because they are armed forces.

Similarly, one netizen said there is no need to be ashamed of incorporating pantuns into speeches because we have done it for decades.

On the other hand, one netizen agreed with the circular as he felt that speeches during ATM events should be firm and strict. Do you agree with this netizen?

While people are berating over this issue, the Ministry of Defence Malaysia (MINDEF) released a statement to provide a clarification for their previous circular. Their statement reads,

“The instruction was an internal reminder to the Markas Perkhidmatan Tentera Darat Malaysia (TDM), Tentera Laut Diraja Malaysia (TLDM) and Tentera Udara Diraja Malaysia (TUDM) so that the MCs don’t use pantun, seloka or jokes during official military events.”

The statement then shared that these events are usually very regimental and orderly. Therefore, they are always conducted with military ethics and manners. Their statement can be seen below:

Amongst the examples of official events that require the aforementioned ethics are:

Nevertheless, ATM is still lenient with the use of pantun, gurindam, seloka and the likes of it at events that aren’t “regimental”. For instance, pantuns are welcomed in a celebration event.

FYI, pantun, gurindam and seloka are varieties of poems in Malay Literature. 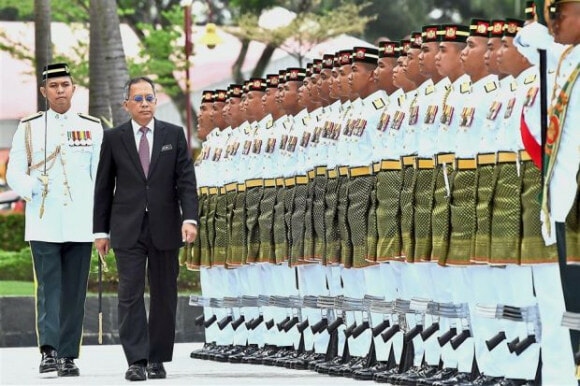 Well, it appears that MINDEF has given a clear clarification about the matter.

Pantun and the likes of it have been used over the decades in many speeches because many see it as an elegant way to end a speech. That said, do you think that it’s appropriate to prohibit the use of pantun and its variety in MCs’ speeches during official military events? Let us know in the comments below! 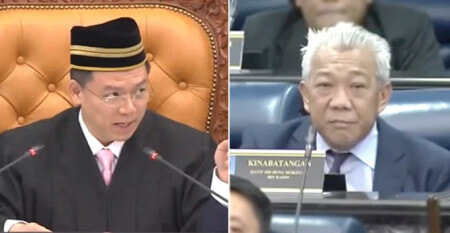